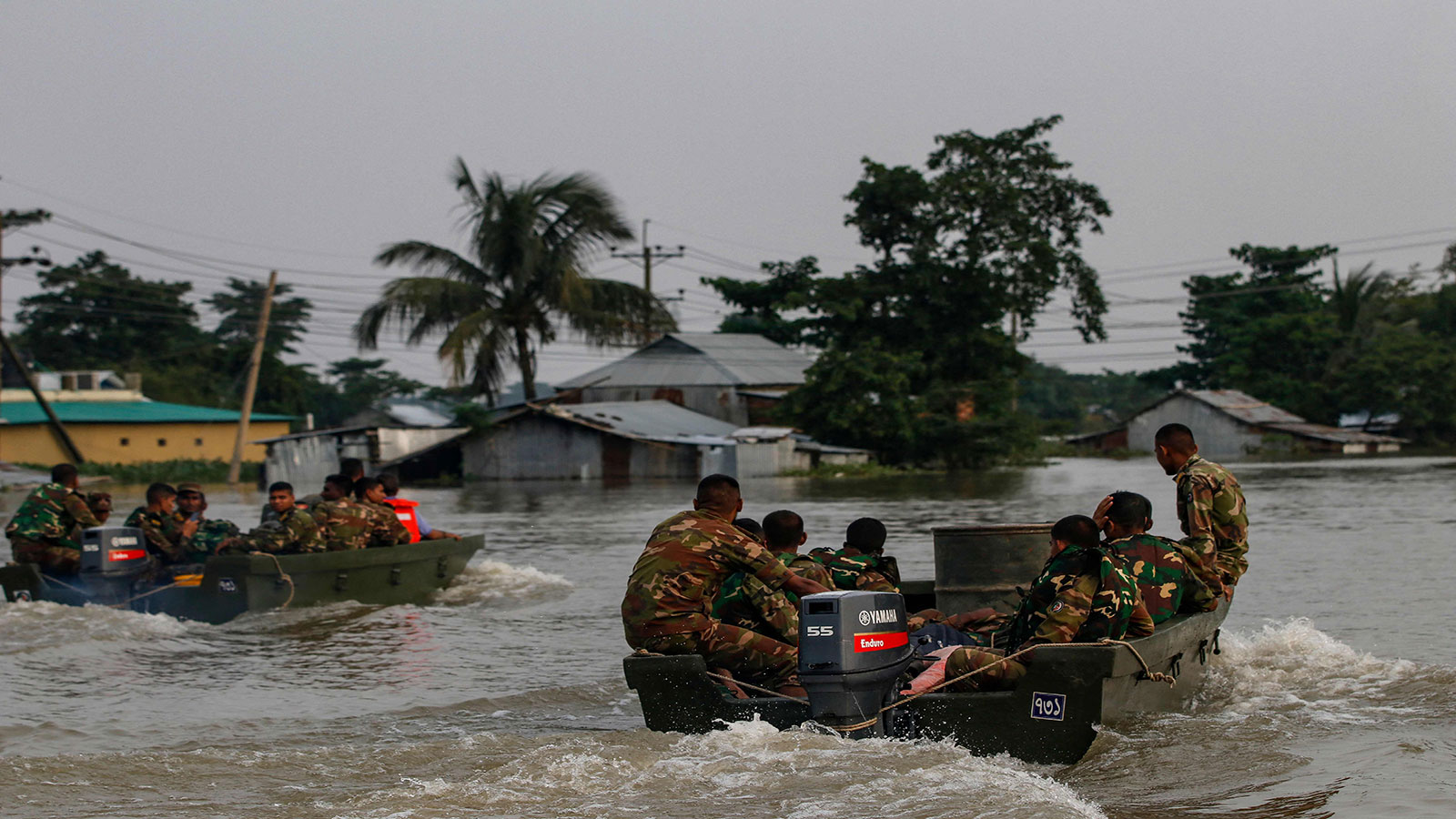 At least 25 people were killed by lightning or landslides over the weekend in Bangladesh, officials said, as millions were left homeless or stranded in low-lying northeastern regions facing the worst monsoon rains in recent history. .

In the neighboring Indian state of Assam, police officials said on Sunday that at least 17 people had died in floods that started this month.

Arifuzzaman Boyan, director of the state-run Flood Warning and Forecasting Centre, said water levels in many rivers in Bangladesh had reached dangerous levels and torrential rainwater runoff from the mountains Indians had exacerbated the situation, according to Euronews.

Authorities have deployed thousands of police and soldiers to a number of areas to help with search and rescue efforts.

Around 105,000 people have been evacuated so far, but police officials estimate more than four million are still stranded.

Syed Rafiq-ul-Haq, a former MP and member of the ruling party in Sonamgang district, said the country could face a humanitarian crisis if rescue operations were not carried out nationwide. event.

“Almost the entire Sylhet-Sonamgang belt is under water and millions of people are stranded,” he added, noting that residents do not have the food and water they need and that the communication networks are disrupted.