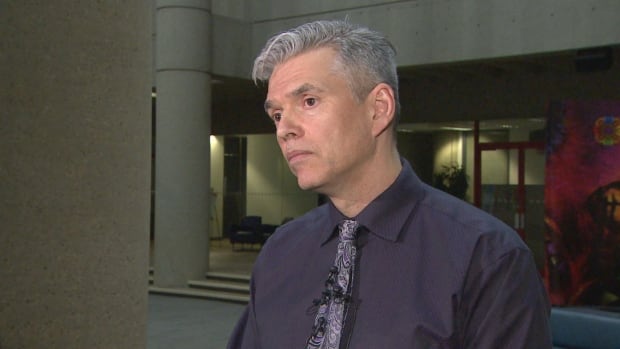 There will be about 250 fewer employees in Edmonton Public Schools next year as the school division prepares to welcome more than 2,800 new students.

Public school board administrators on Friday approved a $1.2 billion budget that they say will lead to larger class sizes and less support for students with disabilities and additional needs.

Board chair Trisha Estabrooks said it’s been frustrating to see funding not keeping pace with growth and spending at a time when oil revenues are pouring into provincial coffers.

“This provincial government is balancing the budget on the backs of the children of this province at a time when we need investments in future generations. And that’s what makes it difficult,” Estabrooks said.

The division has projected 138 fewer teacher aides to return to classrooms next year to help students with disabilities.

More than 200 teaching positions will also be cut as the school division stops offering parallel online classes during the COVID-19 pandemic.

Robertson said that in previous years, the division had more leeway to hire some of those employees in the fall once they saw which kids were showing up and where. He said much of that wiggle room is gone now.

Estabrooks said the cash flow crisis is the result of three years of a new provincial funding formula that punishes growing urban school divisions. Even with $57 million in additional funding to help close the gap, the division calculates there are more than 1,600 unfunded full-time students in public Edmonton, which is the second largest school division in the province.

Funding is not keeping up with enrollment growth, Robertson said. Students will get the help they need, but staff will be scattered, he said, and the trend is not sustainable.

“It will become an impossibility to operate and meet the needs of children,” he said.

Trustees were discouraged by the state of funding. Trustee Marcia Hole’s voice cracked as she described how “heartbreaking” it is that the limited spending particularly affects children with mental health issues and disabilities.

Although the provincial government has pledged $110 million for mental health and additional help to recover from the COVID-19 pandemic, Robertson said Edmonton’s public portion will fall far short of meeting the needs of students.

News of planned staff cuts is frustrating for Keltie Marshall, co-founder of Hold My Hand Alberta, which advocates for children with disabilities. Five of her nine children need extra help at school.

A growing number of students competing for a limited number of educational assistants, speech pathologists, occupational therapists and other school-based professionals is making classrooms increasingly unsafe for some children, it said. she declared.

Now that the provincial government is giving homeschooled families access to certain professionals, it’s encouraging more parents to pull their children with disabilities out of classrooms — and that’s not fair, Marshall said.

The proposed cuts are “undone” and will lead to a stressful summer for some parents who wonder if their children will have the help and supervision they need next fall, she said.

“One less EA is too much,” Marshall said. “We are already in a critical situation. We cannot lose any more support for our children.”

In an email, Katherine Stavropoulos, press secretary to Education Minister Adriana LaGrange, said the division was “extremely well funded”. She said the division had received more funding than the formula allowed over the past two years and had cash in reserve.

The school division plans to use $10 million of its savings next year, leaving about $15 million in reserves.

The budget does not take into account funds promised by the province for the implementation of a new program and the purchase of resources, new funds for mental health or the potential cost of new contracts for teachers and other members Staff.

Earlier this week, the Edmonton Catholic School Board also approved a $528 million budget that will add 10 new teaching positions. Officials said they received fixed funding and expect enrollment growth of less than 1%. This board draws nearly $6 million from reserves to cover rising staff costs.