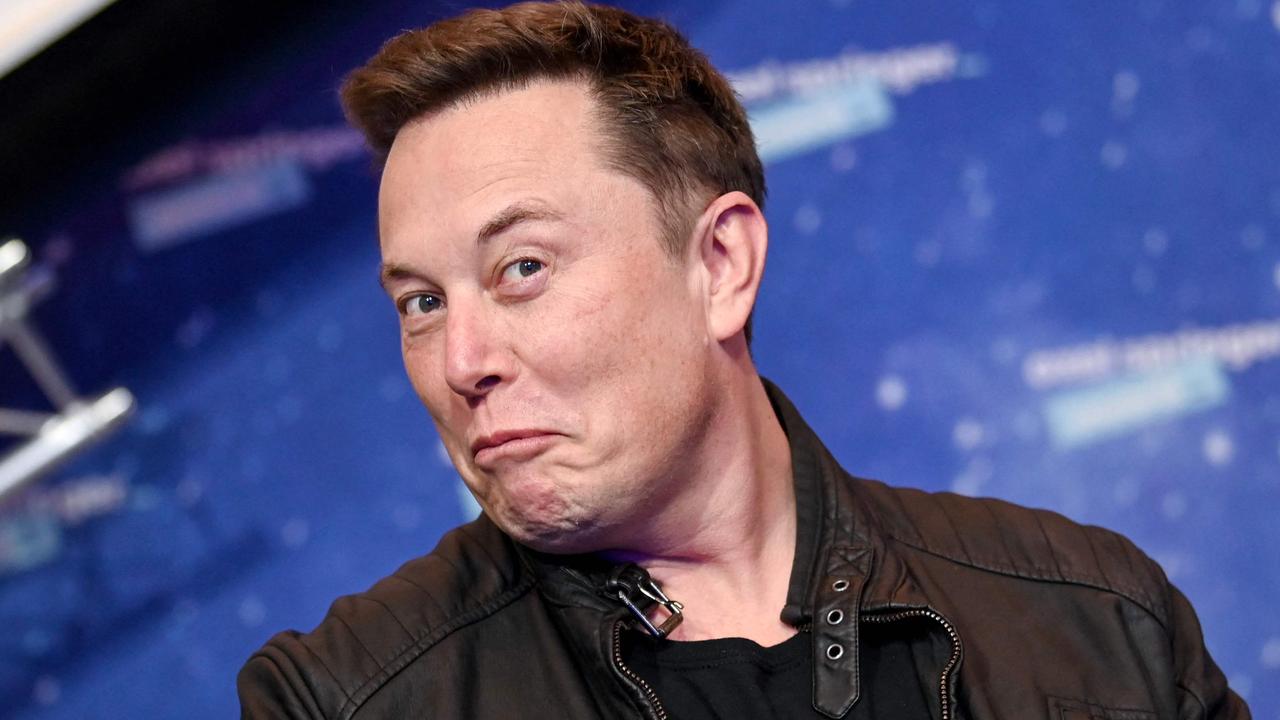 Elon Musk has brushed off a warning he is in for a “world of pain” if he goes ahead with the Twitter takeover after a former Reddit chief teed off.

The former head of Reddit has published an epic takedown of Elon Musk’s proposed takeover of Twitter — warning he’s in for a “world of pain”.

Yishan Wong, who was Reddit’s chief executive officer ﻿for more than two years between 2012 and 2014, posted a long thread on Twitter about the reality of running a social media platform, stating Musk had “no idea” what he was taking on.

While the thread has attracted a great deal of attention online, Musk brushed it off with a swipe at its length, saying his key takeaway was that Twitter was “*way* overdue for long form tweets”.

Musk became the biggest shareholder of Twitter on Tuesday after buying a 9.2 per cent stake in the company and later offering to buy the entire company for $US54.20 ($AU73.29) per share.

The CEO of Space X and Telsa sent shockwaves through the tech world on Thursday with his bid to buy the company, stating the promotion of freedom of speech on Twitter as a key motivation for what he called his “best and final offer”.

“I invested in Twitter as I believe in its potential to be the platform for free speech around the globe, and I believe free speech is a societal imperative for a functioning democracy,” Musk said in a letter to Twitter’s board.

Musk’s support for a more hands-off approach to policing the platform is a thorny matter, particularly in the wake of high-profile cases such as Donald Trump, who was banned after the assault on the US Capitol last year.

Wong believes Musk’s perception on free speech may be outdated.

Wong said many of the older tech leaders today, describing them as “GenXers basically” — including Musk — grew up with that internet.

“To them, the internet represented freedom, a new frontier, a flowering of the human spirit, and a great optimism that technology could birth a new golden age of mankind,” Wong wrote. “That is not what free speech is about today.”

Wong said the world had changed and upholding free speech was no longer about standing up to religious conservatives lobbying to remove Judy Blume books from the library, but rather standing up against everyone, because every side is trying to take away the speech rights of the other side.

“The internet is not a ‘frontier’ where people can go ”to be free,” it’s where the entire world is now, and every culture war is being fought on it,” he wrote. “It’s the MAIN battlefield for our culture wars.”

Wong said both sides now believe social media platforms are censoring their posts, and drawing the wrong conclusions about what is happening with the management of these platforms.

“Elon is one of those, because he doesn’t understand what has happened to internet culture since 2004,” Wong wrote.

“I KNOW he doesn’t, because he was pretty late to Bitcoin, and if he’d been plugged in to internet culture he would’ve been on Bitcoin way earlier.

“Elon’s been too busy doing Actual Real Things like making electric cars and reusable rockets and fucking actresses/singers, so he has a Pretty F**king Good Excuse For Not Paying Attention but this is also something that’s hard to understand unless you’ve RUN a social network.”

“They kind of care about money, but mostly they wish you would shut up and be civil,” Wong wrote.

“But that is impossible: they (we) made a platform where anyone can say anything, largely without consequence, so people are going to be their worst selves, and social networking is now The Internet, and everyone is on it … saying WHATEVER THE HELL THEY WANT.”

He said if people really wanted to avoid censorship on social networks, the solution was to stop arguing and play nice.

“The catch: everyone has to do it at once. I guarantee you, if you do that, there will be NO CENSORSHIP OF ANY TOPIC on any social network,” he wrote.

“Because it is not TOPICS that are censored. It is BEHAVIOR. (This is why people on the left and people on the right both think they are being targeted). The problem with social networks is the SOCIAL (people) part. Not the NETWORK (company).”

Wong said every problem Musk tries to fix will “just cause 3 more problems”.

“And the worst part, the part that is going to hurt ALL OF HUMANITY, is that this will distract from his mission at SpaceX and Tesla, because it’s not just going to suck up his time and attention, IT WILL DAMAGE HIS PSYCHE,” he said.

Wong said Musk did not need more trauma from running Twitter, and pointed out that former Twitter CEO Jack Dorsey had turned to a “crazy meditation routine” and spiritual retreats in order to cope with the job.

“Because it takes an INHUMAN level of mentality to be able to run something like this,” he wrote.

“It’s not a fun job, and it’s not like how anyone on the outside imagines. Elon is a very public personality, and he will be faulted by ALL SIDES any time Twitter Does Anything to Solve A Problem, even if he isn’t the CEO,” Wong said.

While he agreed with Musk on the values ​​of the “old internet”, Wong said it was gone because the platforms killed it. He said he didn’t support censorship but it was inevitable on large social network platforms.

“The process through which all of that will happen is painful, which is why I don’t think Elon should do it. It is not a good use of his time, and I think his time is uniquely valuable and limited.”

In response to the extremely long thread, Musk simply tweeted: “My most immediate takeaway from this novella of a thread is that Twitter is *way* overdue for long form tweets!”.

Other critics have also argued that free speech absolutism on social media can be very messy in the real world.

“I am frightened by the impact on society and politics if Elon Musk acquires Twitter,” tweeted Max Boot, a Washington Post columnist, on Thursday.

“He seems to believe that on social media anything goes. For democracy to survive, we need more content moderation, not less,” Boot added.

Still Musk did manage to rally support on Twitter, where he has over 81 million followers, for the fight ahead.

“Thanks for the support!” he tweeted in reply to a poll that overwhelming backed his bid.

However, Twitter moved Friday to defend itself against Musk’s $43 billion hostile takeover bid, announcing a “poison pill” plan that would make it harder for the billionaire to get a controlling stake.

Twitter said its board unanimously adopted a so-called shareholder rights plan, also known as a “poison pill,” which kicks in if an investor buys more than 15 per cent in shares without the directors’ agreement. Musk holds 9 per cent.

The maneuver makes it harder for a buyer to build too big of a stake without board approval, by triggering an option that allows other investors to buy more of a company’s shares at a discount.

Twitter said the plan, which experts consider a potent tool against corporate raiders, does not prevent discussing or even agreeing to an acquisition.