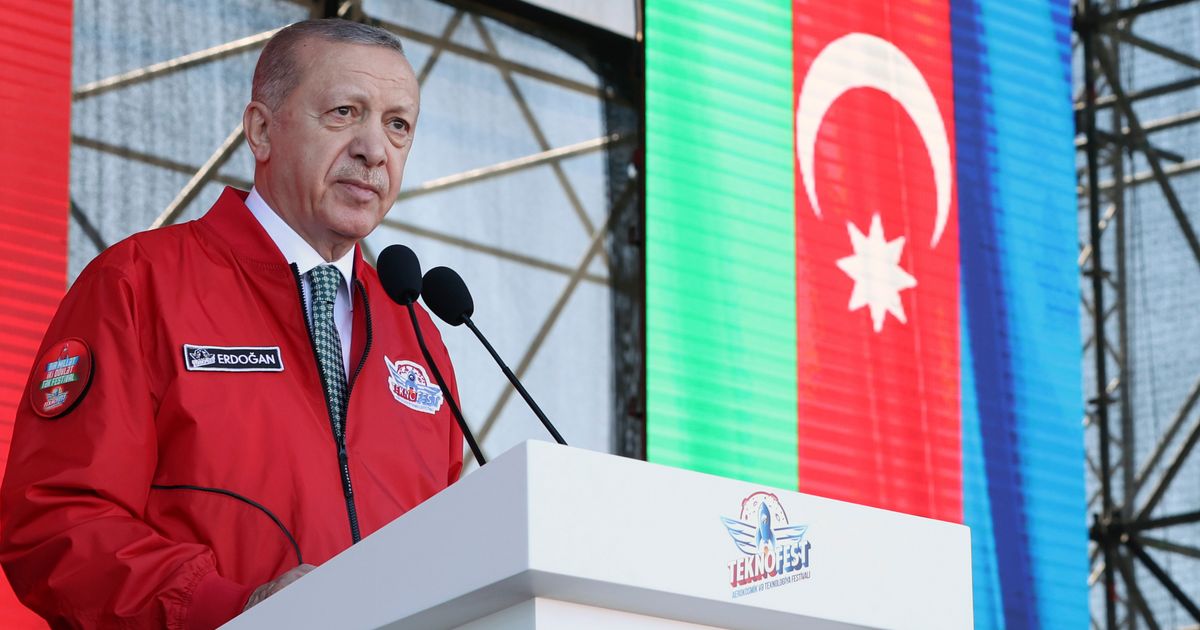 “As I always say, we’ll bump into them suddenly one night. And we must,” Turkish President Recep Tayyip Erdogan said in his plane after Saturday’s visit to Azerbaijan.

Without giving a specific timeline, Erdogan said Turkey would launch a cross-border operation against the Syrian Kurdish People’s Protection Units, or YPG, which he considers a terrorist group linked to a banned Kurdish group that is waging an insurgency against Turkey. since 1984. This conflict with the Kurdistan Workers’ Party, the PKK, has killed tens of thousands of people.

However, the YPG forms the backbone of US-led forces in the fight against the Islamic State group. American support for the group has infuriated Ankara and remains a major problem in their relationship. Turkey considers the PKK and the YPG to be one.

“All coalition forces, starting with the United States, have provided these terrorist groups with a considerable amount of weapons, vehicles, tools, ammunition and they continue to do so. The United States gave them thousands of trucks,” Erdogan said.

He warned that Turkey would not need anyone’s permission to fight terrorism.

“If the United States does not fulfill its duty in the fight against terrorism, what will we do? We will take care of ourselves,” he said.

Ankara has launched four cross-border operations in Syria since 2016. In 2019, an incursion into northeastern Syria against the YPG drew widespread international condemnation, prompting Finland, Sweden and others to restrict sales of arms to Turkey. Today, Turkey is blocking the two Nordic countries’ historic bid for NATO membership over the arms ban and their alleged support for Kurdish groups.

Turkey has intensified its military operations against the PKK in northern Iraq where it is based. The PKK is considered a terrorist group by Turkey, the United States and the European Union.

“Just as we are carrying out operations in northern Iraq against the PKK and its descendants, the same situation applies even more to Syria and is much more important,” Erdogan said.