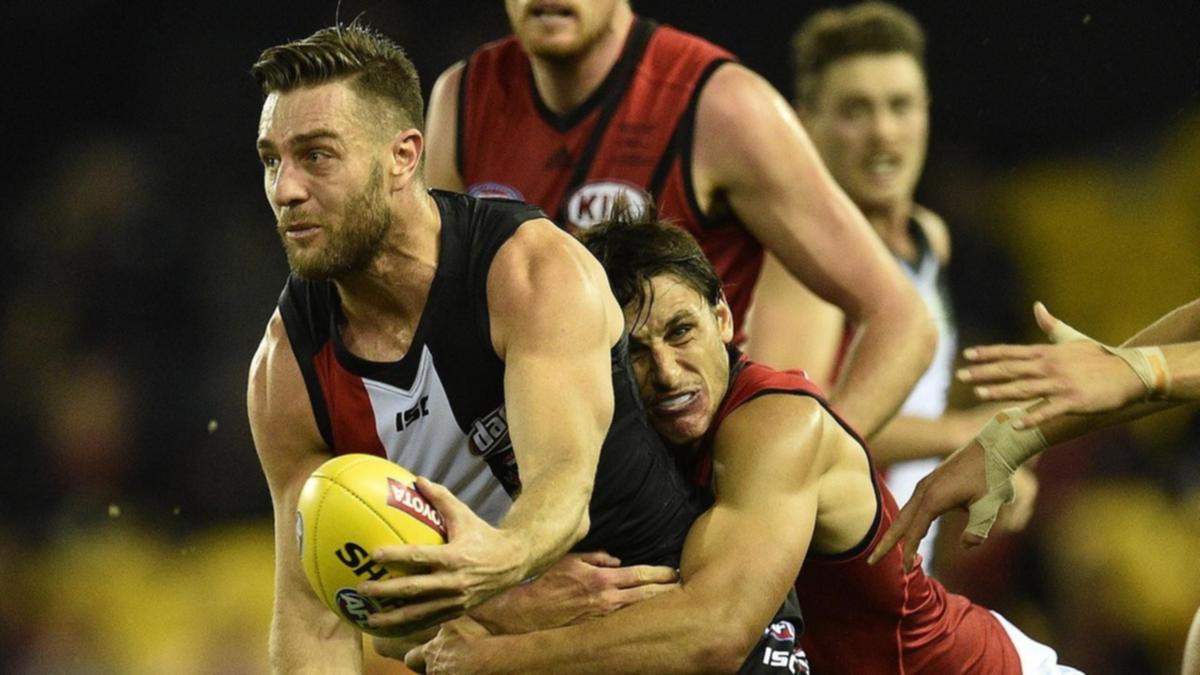 Retired AFL star Sam Fisher has been charged with drug trafficking in a joint investigation between Victorian Police and Western Australian Police.

The 39-year-old, a former All-Australian and twice St Kilda’s best and fairest, was charged with trafficking large commercial quantities of illegal drugs after detectives searched a property in Sandringham on Wednesday morning.

Drugs including methylamphetamine and 1,4-butanediol, as well as a Mercedes Benz were seized during the raid.

Fisher did not appear when his case was briefly mentioned in Melbourne Magistrates’ Court on Wednesday evening, with his lawyer saying he preferred to remain in custody.

The case was adjourned to August 10.

It comes after WA Police seized a package on April 20 with $129,000 inside that was believed to be intended for delivery to a Melbourne address.

Another package purporting to be from Melbourne, containing approximately one kilogram of methylamphetamine and 84 grams of cocaine concealed in a kitchen appliance, was intercepted by WA Police on the same day.

Police will allege addictive drugs were routinely concealed in white goods and sent from Melbourne to Perth.

Detective Inspector Craig Darlow of the Trident Task Force said the bust was a “remarkable achievement”.

“There may be a perception that drugs can be easily concealed, but time and time again we have seen the ability of police to detect and seize these substances,” he said in a statement.

“It is a warning that no matter where you are or how you operate, we will target those involved in the manufacture and trafficking of illicit drugs and hold them to account.”