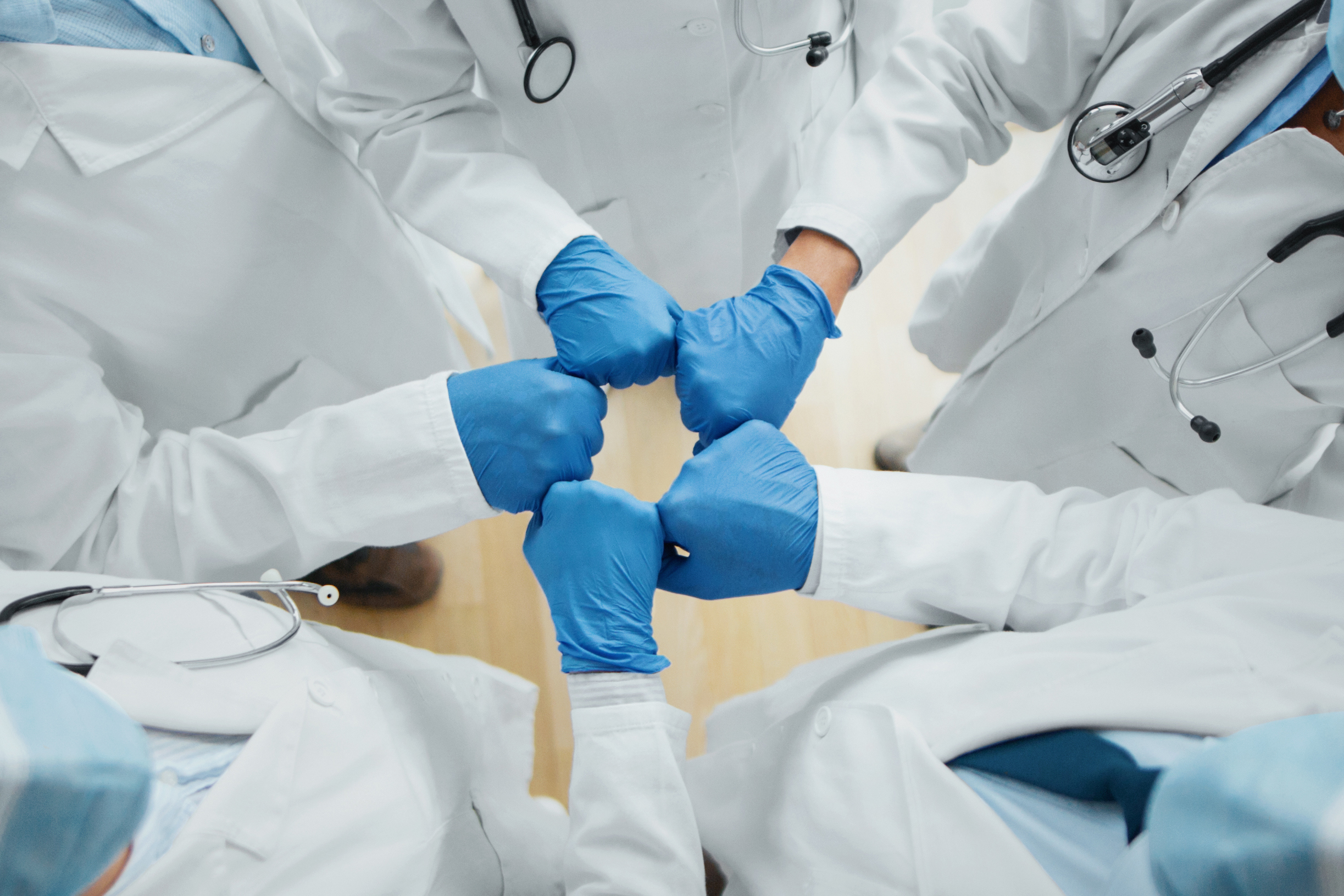 During the first weeks of the pandemic, Dr. Lorenzo González, then a second-year family medicine resident at Harbor-UCLA Medical Center, ran on steam, working up to 80 hours a week in intensive care. He was constantly petrified at the thought of catching the covid-19 virus and feeling guilty for not having enough time to help his sick father.

In April 2020, his father, a retired landscaper, died of heart and lung failure. González cried alone. His job as a doctor-in-training put him at high risk of catching the virus and he didn’t want to inadvertently pass it on to his family. Financial stress also set in as he faced high burial costs.

Now González is demanding better pay and benefits for residents who work grueling hours at public hospitals in Los Angeles County for what he says equates to less than $18 an hour — while caring for of the county’s most vulnerable patients.

“They exploit our altruism,” González said of the hospitals. He is now chief resident of family medicine at Harbor-UCLA and chairman of the Trainees and Residents Committee, a national union that represents medical trainees and is part of the Service Employees International Union.

“We need recognition for the sacrifices we have made,” he said.

Residents are newly appointed physicians who have completed medical school and must complete three to seven years of training at established teaching hospitals before they can practice independently. Under the supervision of a teaching physician, residents examine, diagnose and treat patients. Some seek additional training in medical specialties as “fellows.”

These interns are banding together in California and other states to demand higher wages and better benefits and working conditions amid escalating burnout during the pandemic. They join nurses, nursing assistants and other healthcare workers who are unionizing and threatening to strike as staff shortages, rising costs of living and inconsistent supplies of personal protective equipment and of covid vaccines have pushed them to the brink.

More than 1,300 union residents and other interns at three LA County public hospitals, including Harbor-UCLA, will vote May 30 on whether to strike for a raise in their wages and housing allowances, after a bargaining stalemate a month with the county. Since March, residents of Stanford Health Care, the University of Southern California Keck School of Medicine and the University of Vermont Medical Center have been unionizing.

“Residents were still working crazy hours, and then the stress of the pandemic hit them really hard,” said John August, director of Cornell University’s School of Industrial and Labor Relations.

The Association of American Medical Colleges, a group that represents teaching hospitals and medical schools, did not directly address the unionization trend among residents, but the organization’s health care director, Dr. Janis Orlowski, said through a spokesperson that a residency is a learning job and a resident’s primary role is to be trained.

Residents are paid as interns while they study, train and work, Orlowski said, and the association ensures they receive effective training and support.

California Hospital Association spokesman David Simon declined to comment. But he forwarded a study published in JAMA Network Open in September showing that surgical residents in unionized programs did not report lower rates of burnout than those in nonunion programs.

So far, none of the new chapters have negotiated their first contracts, the national union said. But some of the oldest have won improvements in pay, benefits and working conditions. Last year, a resident union at the University of California-Davis won housing subsidies and paid parental leave as part of its first contract.

With more than 20,000 members, CIR represents approximately 1 in 7 trainee physicians in the United States. Executive director Susan Naranjo said that before the pandemic a new chapter was organized each year and eight had joined in the last year and a half.

Resident working conditions had come under scrutiny long before the pandemic.

The average resident salary in the United States in 2021 was $64,000, according to Medscape, a physician information site, and residents can work up to 24 hours per shift, but no more than 80 hours per week. . Although a poll released last year found that 43% of residents felt they were adequately paid, those who are unionized say wages are too low, especially given the workload of residents, their student loan debt and the rising cost of living.

The pay rate disproportionately affects residents of low-income communities and communities of color, González said, because they have less financial support from family to subsidize their medical education and pay for other costs.

But with little control over where they train — medical school graduates are matched to their residency by an algorithm — individual residents have limited bargaining power with hospitals.

For unionized residents seeking a seat at the table, pay raises and benefits like housing allowances are often at the top of the list, Naranjo said.

Patients deserve doctors who aren’t burnt out and worried about financial stress, said Dr. Shreya Amin, an endocrinology researcher at the University of Vermont Medical Center. She was surprised when the facility refused to recognize the residents’ union, she said, given the personal sacrifices they had made to provide care during the pandemic.

If a hospital does not voluntarily recognize a union, the CIR can request that the National Labor Relations Board organize an election. The national union did so in April, and with a certified majority vote, the Vermont branch can now begin collective bargaining, Naranjo said.

Annie Mackin, spokesperson for the medical center, said in an email that it is proud of its residents for providing exceptional care throughout the pandemic and respects their decision to join a union. Mackin declined to address residents’ workplace concerns.

Dr. Candice Chen, associate professor of health policy at George Washington University, believes the federal Centers for Medicare & Medicaid Services are also responsible for resident working conditions. Because the agency pays teaching hospitals to train residents, it should hold institutions accountable for how they treat them, she said. And the Accreditation Council for Higher Medical Education, which sets work and education standards for residency programs, is moving in the right direction with new requirements like paid family leave, she added. , but needs to do more.

How far these unions will go to achieve their goals is an open question.

Strikes are rare among doctors. The last CIR strike was in 1975, by residents of 11 New York hospitals.

Naranjo said a strike would be the last resort for his LA County members, but accused the county of continually delaying and canceling bargaining sessions. Among its demands, the union is asking the county to match the pay increase given to members of SEIU 721, a union that represents other county employees, and a $10,000 housing allowance.

A spokesperson for the LA County Health Services Department, Coral Itzcalli, thanked its “heroic” frontline workforce for providing “best in class care” and acknowledged the heavy toll that the pandemic has taken over their personal and professional lives. She said the hour limits are set by the Accreditation Council for Higher Medical Education and most interns report working “much less” than 80 hours a week.

Jesus Ruiz, spokesman for the LA County Chief Executive’s Office, which handles labor negotiations for the county, said via email that the county hopes to reach a “fair and fiscally responsible contract” with the union.

The results of the strike vote are expected to be announced on May 31, the union said.

KHN (Kaiser Health News) is a national newsroom that produces in-depth journalism on health issues. Along with policy analysis and polls, KHN is one of the three main operating programs of the KFF (Kaiser Family Foundation). KFF is an endowed non-profit organization providing information on health issues to the nation.

This story may be republished for free (details).