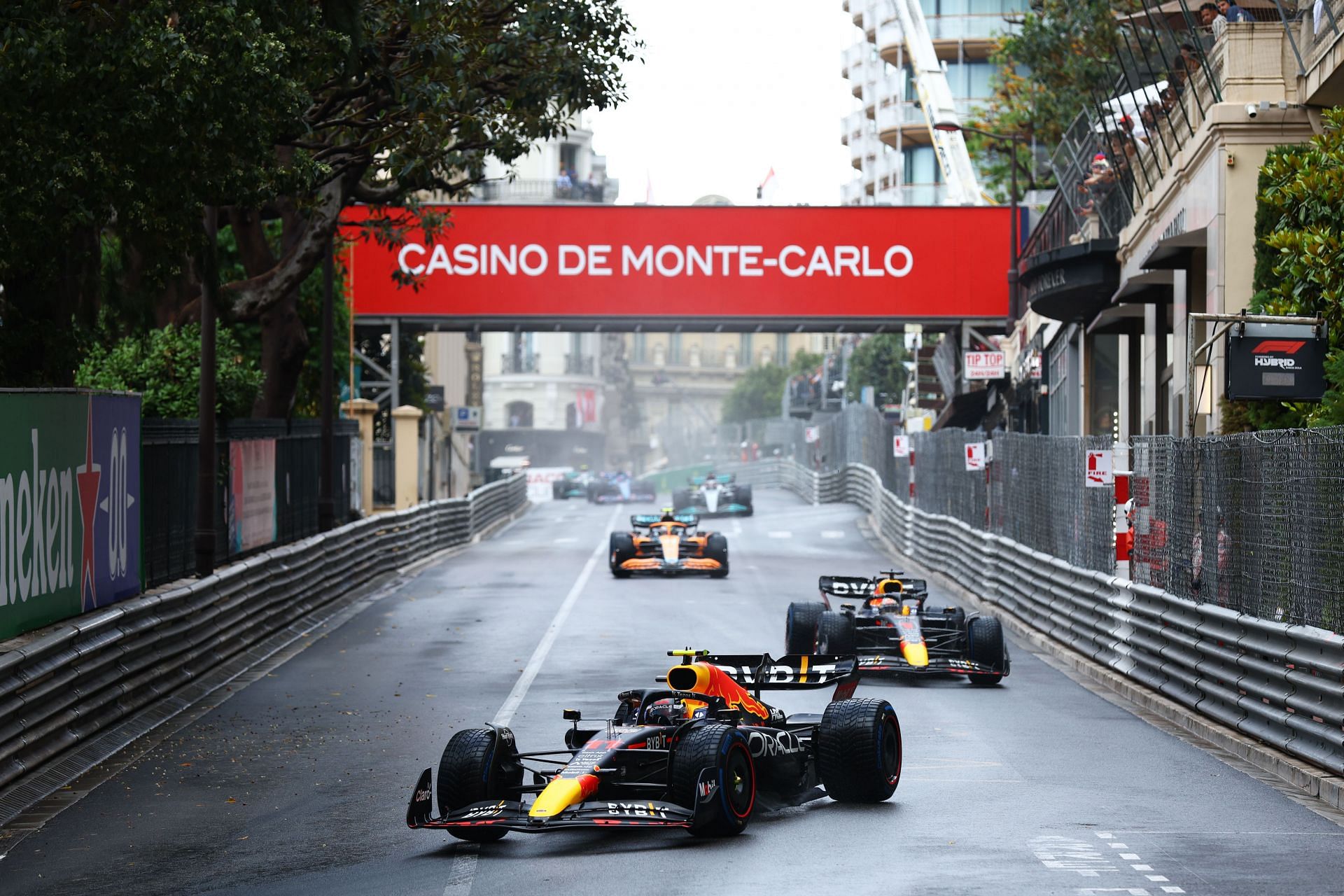 Ferrari protested both Red Bull drivers Max Verstappen and Monaco GP winner Sergio Perez for not staying on the right side of the pit lane exit after their respective pit stops. Both incidents were not investigated by the FIA ​​during the race despite being a violation of the regulations. Now, however, the Red Bull drivers have been summoned by the stewards for the same.

As reported by Sports carFerrari team boss Mattia Binotto explained the premise of the protest:

“As Ferrari we are disappointed as we believe there has been a blatant breach of the regulations on the two Red Bulls using the yellow line as they exit the pits. was on the line and if you look at the intonation of the sporting code it says crossing but we had a clarification in Turkey 2020 to avoid any discussion and if you look at the race driver’s notes it says keep to the right.

Perez and Verstappen were both summoned by the stewards after Ferrari protested that they did not stay to the right of the pit exit line. #F1 #MonacoGP

Perez and Verstappen were both summoned by the stewards after Ferrari protested that they did not stay to the right of the pit exit line. #F1 #MonacoGP

“So being on the line violates the clerk’s notes and I think every team has a duty and task to follow the clerk’s notes. So for us that’s something that’s not clear. and we are still seeking clarification from the FIA ​​and we will be happy to have our comments as soon as possible.”

Red Bull, who claimed their fifth win of the 2022 season with a double podium at the Monaco GP, have now extended their lead in the championship standings with a 36-point gap to the Maranello-based team. Ferrari will no doubt do everything in their power to capitalize on any opportunity presented to them to take the lead over their rival in the championship.

It was another unfortunate home race for Charles Leclerc this Sunday in Monaco after Ferrari made the wrong call on their pit stop strategy which saw the 24-year-old win the race.

As reported by Sky Sports F1, the Monegasque stressed that such crucial mistakes cannot be made in the future. He said:

“Sometimes mistakes can happen but there were too many mistakes today overall. Obviously in these conditions you rely a bit on what the team can see because you don’t see not what the others do with intermediates, with dry tires.

“I was asked questions about whether I wanted to go from intermediate to slicks and I said yes but not now, it will be a bit later in the race. But I don’t understand what made us change our minds and go on these intermediaries I got undermined then I got stuck behind Carlos [Sainz]. There have been a lot of mistakes and we can’t afford to do that.

With his victory in Monaco, Sergio Perez is rapidly approaching Leclerc in the drivers’ classification.