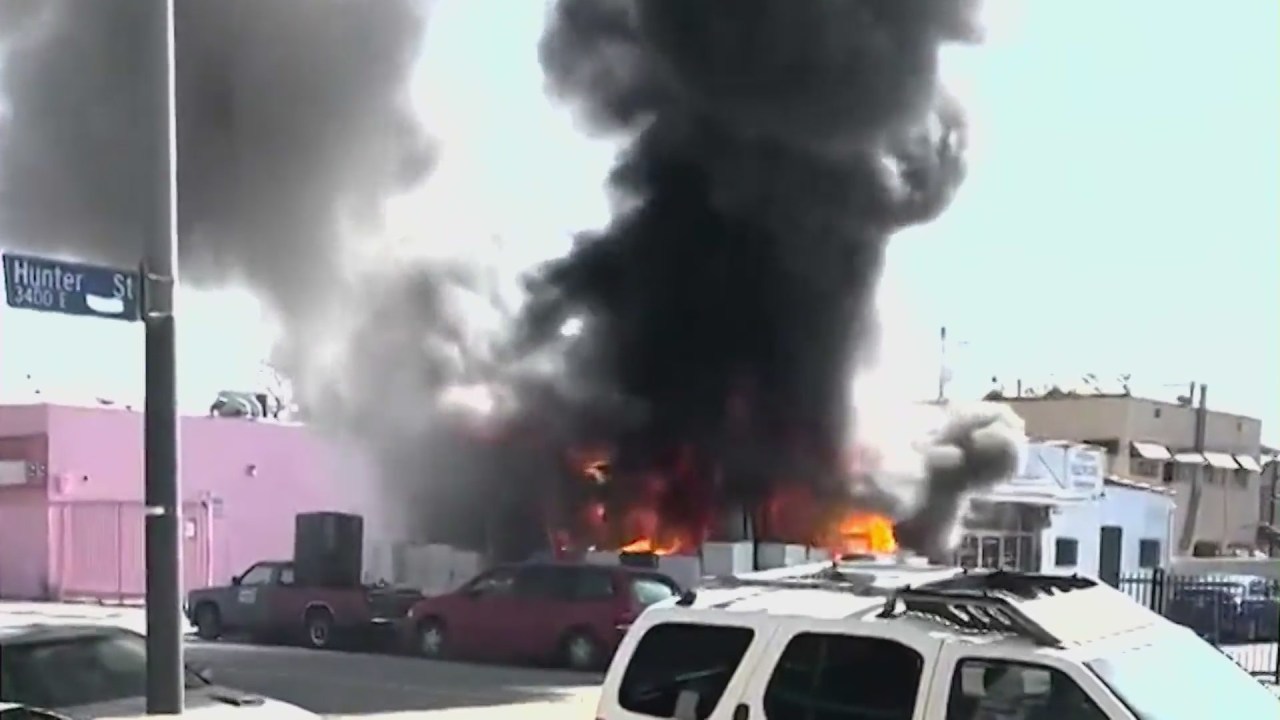 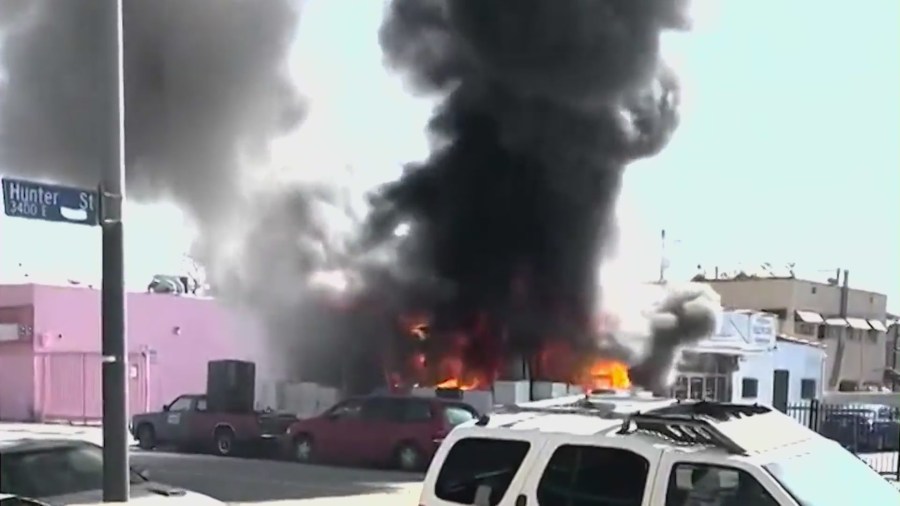 A family lost two of its Boyle Heights appliance stores to fire only minutes apart on Tuesday, and the Los Angeles Fire Department is investigating the blazes as arson.

By the time firefighters arrived at the first store, a one-story building in the 1200 block of South Lorena Street, flames had already engulfed the store.

After the blaze, which started just after 10 am, everything inside was a total loss.

“Honestly our family is very devastated,” said a member of the family that owns the business who asked not to be identified.

The business has been here for 20 years, and it’s one of several appliance stores they own in the neighborhood, making the second store’s destruction suspicious, the family member said.

About 15 minutes earlier and less than two miles away, another appliance store went up in flames, this time at the corner of East Fourth Street and Euclid Avenue.

“We believe the two may be tied together. We currently have our arson folks looking at that, as well as LAPD,” said Battalion Chief James Flores of the LAFD. “Reports are they may be connected. Again, it’s under investigation.”

Arson investigators were on scene throughout the day, and the Los Angeles Police Department is looking for a suspect described as a man about 5 feet, 6 inches tall with a shaved head and brown eyes. He was last seen wearing a gray sweatshirt and blue jeans.

Another of the businesses’ owners said one of the fires was started by a man who approached the front of the Lorena Street store and threw a flaming object inside. Then he said, “You are going to burn,” the owner said.

The unnamed family member said she has “no idea” why they were targeted.

“But it’s cruel because we’re a Mexican family trying to get by, and two of the stores out of three burned down … We’ve been here for a very long time and nothing like this has every happened before. I don’t understand like why now?” sshe added.