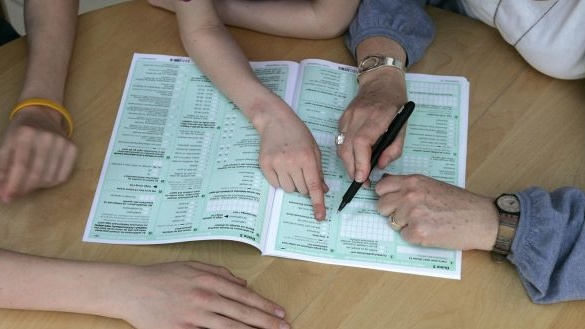 Family mattered most to people who filled in the time capsule on the census form last month and the material submitted should serve as an indicator of how big issues, including climate change, are being addressed, says the leader from one of Ireland’s leading research firms.

While almost 60% of those who filled out a census form last month did not fill out the time capsule section, the majority of those who did did so with their descendants in mind.

Only 20% said they wrote messages for historians to decipher, while 7% said they filled in the time capsule without thinking of anyone in particular.

Covid-19, the war in Ukraine, homelessness and the economy were frequently cited but were left behind when compared to the importance of family, although many also shared stories of pets. company because there was no space allocated for them on the other pages of the form.

“When you get people thinking about the long-term future, the only thing that makes sense is to think about family and their descendants, and research supports the fact that family, and that intergenerational bond, has most important to people,” said O’Neill.

He suggested that the desire to travel through time and speak to future generations could point to a more effective narrative for “for people talking about big picture things like climate change. The more it is about future generations, the more real it becomes.

He told the Irish Times that while some people were talking about the big issues of the day, “for most people, it was more personal. I think what the time capsule did was focus minds on what matters most, and for a lot of people that was family and loved ones.

“Based on that, what I would say to people making long-term decisions is just imagine 10, 30, or even 50 years from now walking around your city holding your grandchild’s hand and showing your heritage. What could they say they had done? Maybe if we thought about it more, it could make us more aware of the decisions we make, the impact they have and how we will be perceived for taking them.

He also suggested that those who didn’t fill the time capsule missed their last opportunity to speak to future generations in an officially physical way. “It will be the last census on paper and it will be a really interesting snapshot, and the last time we will have the opportunity to write by hand what we really think and it’s a shame that 60% missed the mark .”