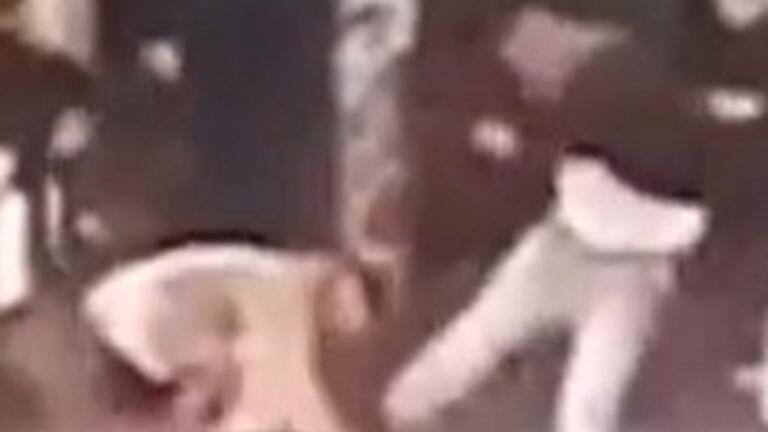 Footage uploaded to social media shows six men battling in the middle of a busy intersection near the MCG more than an hour after Collingwood recorded a narrow four-point victory over Carlton.

The men punch and kick each other before one falls to the ground and is repeatedly targeted.

A Victoria Police spokesperson said officers were called to Punt Rd, near the Wellington St intersection, at around 7.30pm following reports of the scuffle.

Although police have yet to receive an official report of the assault, they are asking anyone involved and/or anyone who may have been injured in the incident to come forward.

Sunday’s crowd of 80,627 fans was the AFL’s second-largest since the Covid pandemic.

A 26-year-old man has been charged by police after allegedly hitting another man with a didgeridoo following the Richmond v Essendon Dreamtime clash on May 21.

His victim, Daniel, a 25-year-old Richmond supporter, was left with two skull fractures and a broken nose.

Police also had to evict more than 50 MCG supporters that night, one of whom allegedly bit a police officer.

Anyone who witnessed Sunday’s incident or has information is asked to call Crime Stoppers on 1800 333 000.