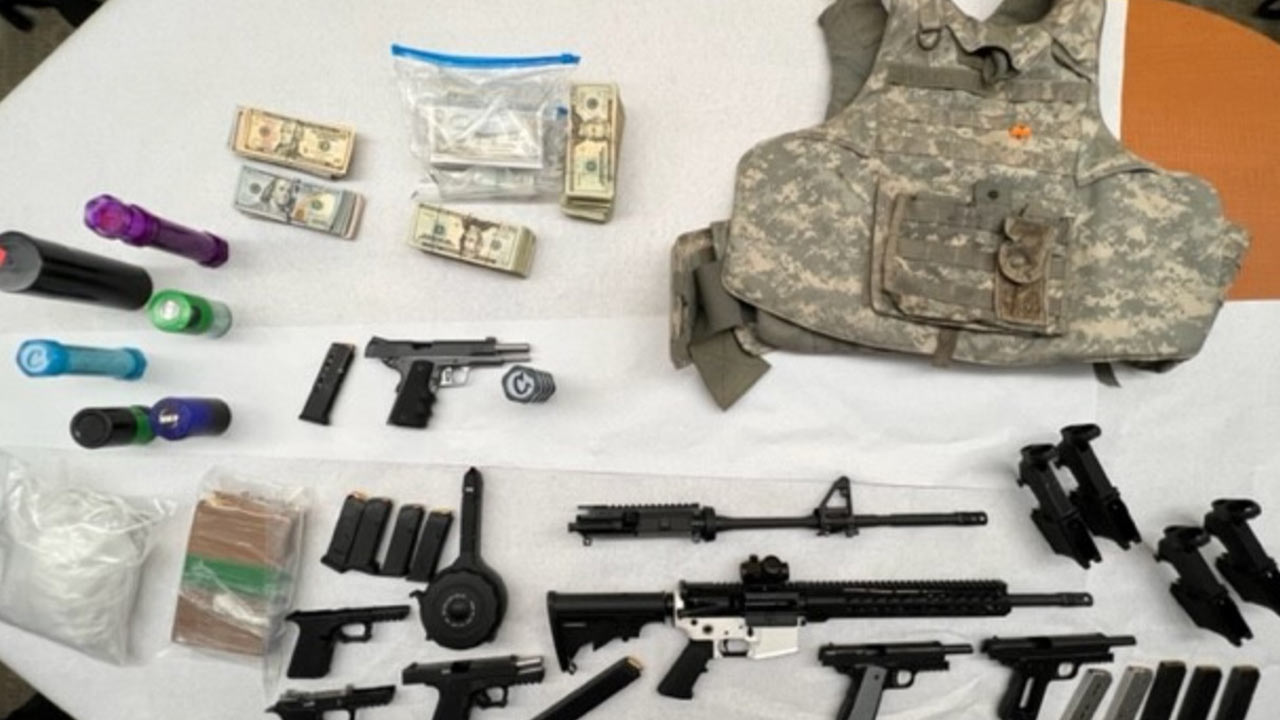 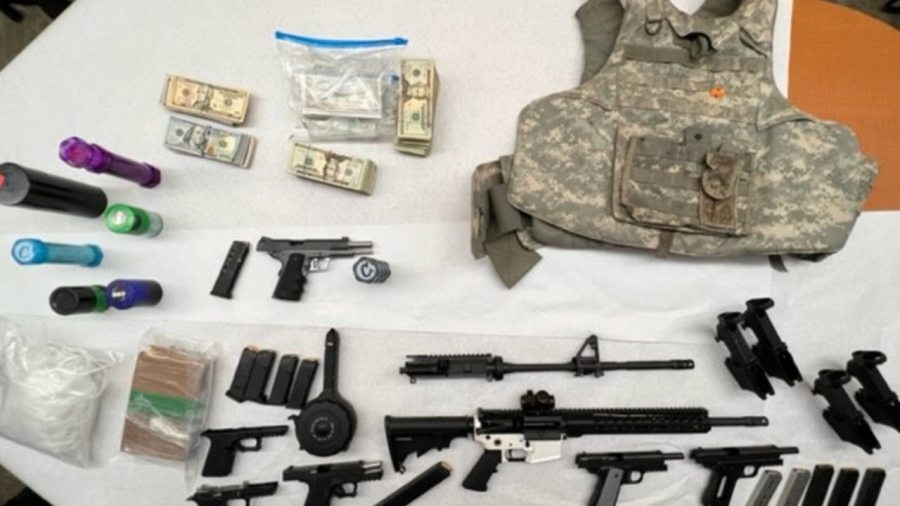 Tristan Tomlin, 26, was arrested and jailed on suspicion of manufacturing firearms, possession of a concealed firearm in a public place, possession of methamphetamine for sale, possession of fentanyl for sale and felon in possession of firearm, El Cajon police said. in a press release. Tomlin, who is a convicted felon with prior convictions for identity theft and evading police, is being held on $500,000 bond.

The El Cajon Police Special Investigations Unit and the U.S. Marshal’s Fugitive Task Force were able to locate and detain Tomlin at approximately 3:30 p.m. in the 6300 block of Rancho Mission Road in the Grantville area after finding a loaded ghost gun that he had hidden in his belt. and three ounces of crystal meth in his vehicle, authorities said.

Over three pounds of fentanyl, 2,200 narcotic pills, four additional ghost guns to include a semi-automatic AR-15 rifle, high-capacity magazines, body armor, a machine used to craft guns, and $30,000 in cash was found inside his residence, police said.