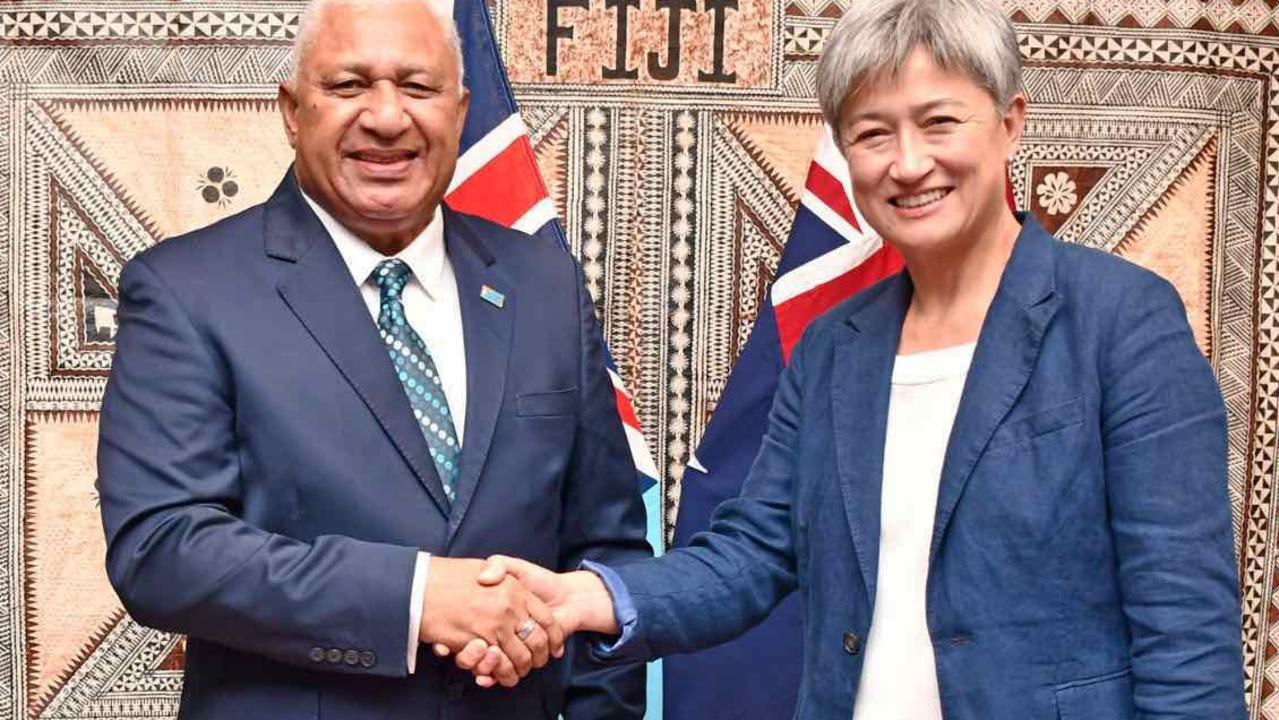 Fiji’s prime minister said the country cares more about a problem than tensions between China and Western countries like Australia.

Frank Bainimarama said it was “wonderful” to meet Ms Wong on Friday as she continued the Albanian government’s charm offensive in the region.

“Fiji is no one’s backyard, we are part of a Pacific family,” he said on Saturday.

In a statement posted on the Fijian government’s Facebook page, Mr Bainimarama said Anthony Albanese was to be “commended” for his “strong mandate” to do more to tackle climate change.

For Wong, the visit to Fiji was her first solo overseas trip as a minister and it coincides with Chinese Foreign Minister Wang Yi’s tour of Pacific island countries.

Ms Wong said her visit would help strengthen an economic and security pact between Fiji and Australia, known as the Vuvale Partnership,

“I appreciated the opportunity to listen to the Prime Minister and learn from his important insights as a global leader on climate change,” she said.

“Regional unity has never been more important as we face unprecedented challenges with COVID, climate change and strategic competition.”

Mr Bainimarama said relations between Australia and Fiji had already been strengthened through the Vuvale partnership, which the former Morrison government signed in 2019.