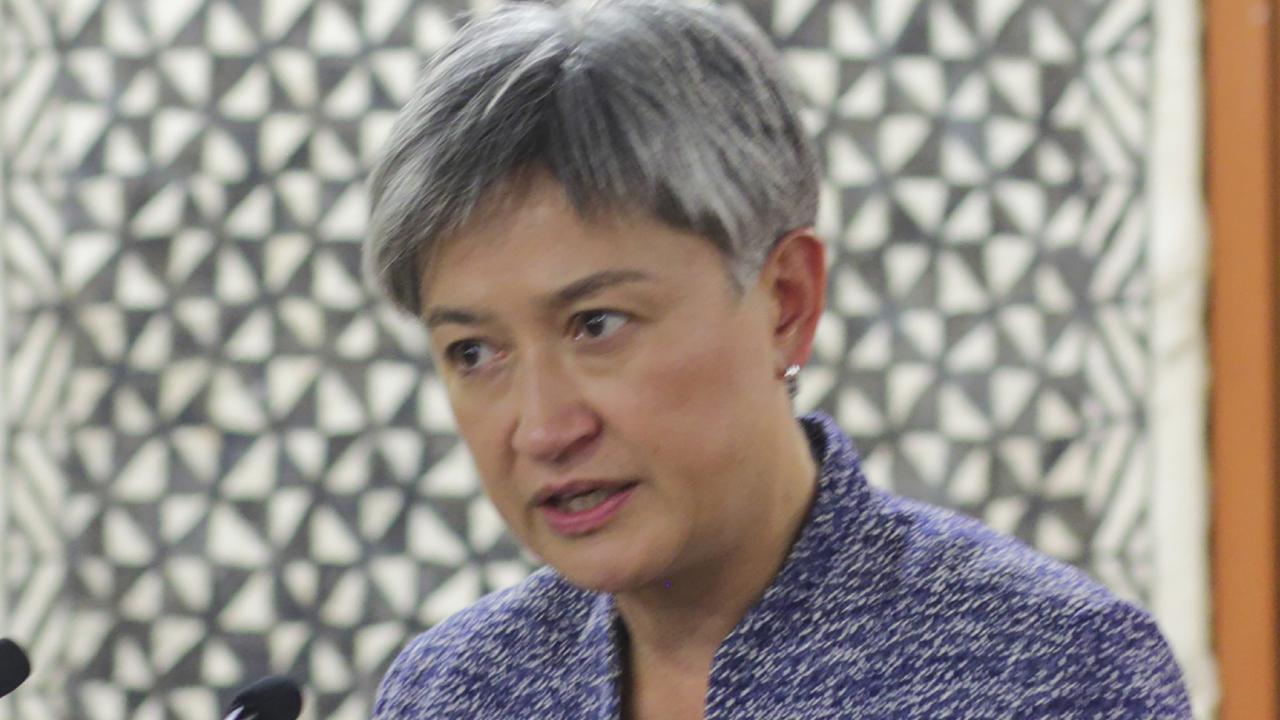 Fiji’s prime minister praised Australia’s new foreign minister after her first visit to the Pacific and appeared to hit out at Scott Morrison’s comments referring to the ‘backyard’ region from Australia.

“Fiji is no one’s backyard – we are part of a Pacific family,” Fijian Prime Minister Frank Bainimarama wrote on Twitter on Saturday.

“With that in mind, I had a wonderful meeting with Foreign Secretary (Penny Wong) to strengthen our Vuvale partnership with Australia,” he said, using a Fijian word for “friendship.”

The message included a photo of Mr. Bainimarama and Senator Wong smiling and shaking hands.

Mr Bainimarama appeared to be delivering a thinly veiled jab at former Prime Minister Scott Morrison, who in 2019 called the Pacific Australia’s “backyard”.

Fiji Attorney General Aiyaz Sayed-Khaiyum also thanked Senator Wong for choosing the Pacific country for her first individual trip after being sworn in.

“As part of a great discussion, we called the climate crisis by its name and committed to tackling it together,” Sayed-Khaiyum said on Friday.

Next week, Fijian officials, including the prime minister, will meet with Chinese Foreign Minister Wang Yi.

Wang expressed hope that Beijing’s ties with the Solomon Islands could be a regional model.

Meanwhile, Senator Wong used her visit to Fiji to pledge Australia’s support in the region.

Prime Minister Anthony Albanese said support would be the first step and Australia could differentiate its Pacific offer from what China has promised.

“What we can offer is with no strings attached and that’s the big difference,” Mr Albanese said.

“We can offer respect for the sovereignty of our Pacific island neighbours.

“We can offer the support and long-term relationships that Australia has with our Pacific island neighbours.”

China is seeking a sweeping 10-nation security and trade deal that has unsettled the United States and its Pacific allies, including Australia. Wang is expected to push for the deal at a meeting he will host in Fiji on Monday.

Senator Wong has warned there are regional consequences to a security pact between the Solomon Islands and China after the Chinese minister said interference in the deal would fail.