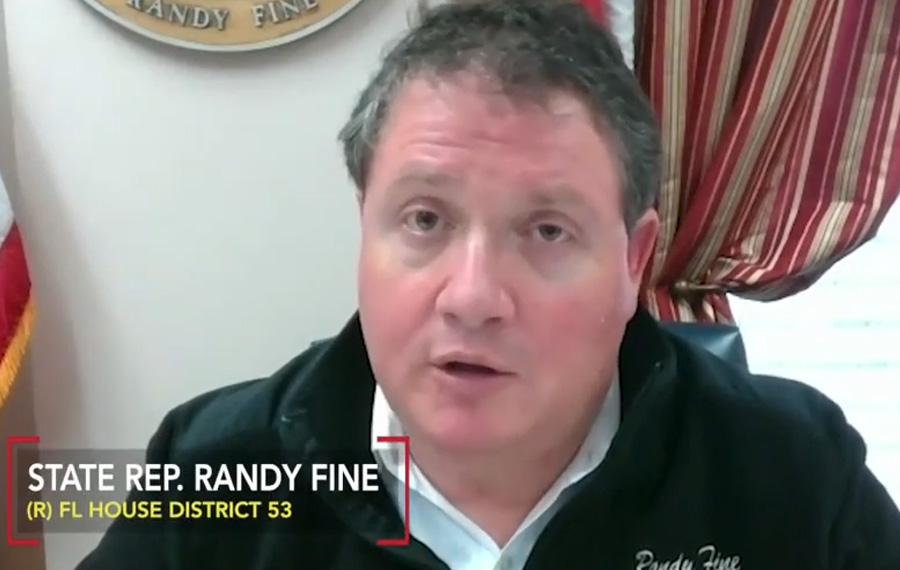 JACKSONVILLE, FL – A Republican Florida lawmaker is under intense scrutiny after posting a tweet that some say could be seen as a thinly veiled threat to President Joe Biden after the Commander-in-Chief called to stricter gun control measures in light of the horrific massacre of 19 children and two teachers at Robb Elementary School in Uvalde, Texas by a deranged gunman on Tuesday.

Randy Fine, a member of the Florida House of Representatives, opposed Biden’s insistence on tougher gun laws when he learned that the shooting suspect – 18-year-old Salvador Ramos, who was killed by responding police – had legally purchased the AR-15 Rifle, high capacity handgun and magazines he had used to carry out his massacre.

In response, fine posted a tweet Wednesday morning that some have taken as a potential threat to the president, who has called for tougher background checks and a ban on assault rifles.

“I have news for the embarrassment claiming to be our president – try to take our guns and you will learn why the Second Amendment was written in the first place,” Fine said.

The backlash against Fine’s tweet was swift, with some Twitter users saying it was a direct threat and calling on the FBI and Secret Service to investigate.

“Hey @SecretService, you’re fine with this kind of threat against the president”, tweeted an user.

“Are you threatening President Biden? because it really looks like it, ” replied another user.

After much criticism, Fine followed with a second tweetessentially claiming that the backlash to his initial tweet was simply fueled by the Democrats’ alleged desire to confiscate all private firearms and end the Second Amendment.

“The reaction exposes the left’s lie that they just want ‘common sense gun control’. They want one thing and one thing only – gun confiscation and an end to 2A – and the the idea that the Americans will exercise their right to fight them drives them mad. Boo hoo, he says.

Fine addressed his tweets again in an interview with reporters on Wednesday afternoon, saying he had never intended to threaten the presidentbut simply wanted to convey the sentiments of gun owners nationwide.