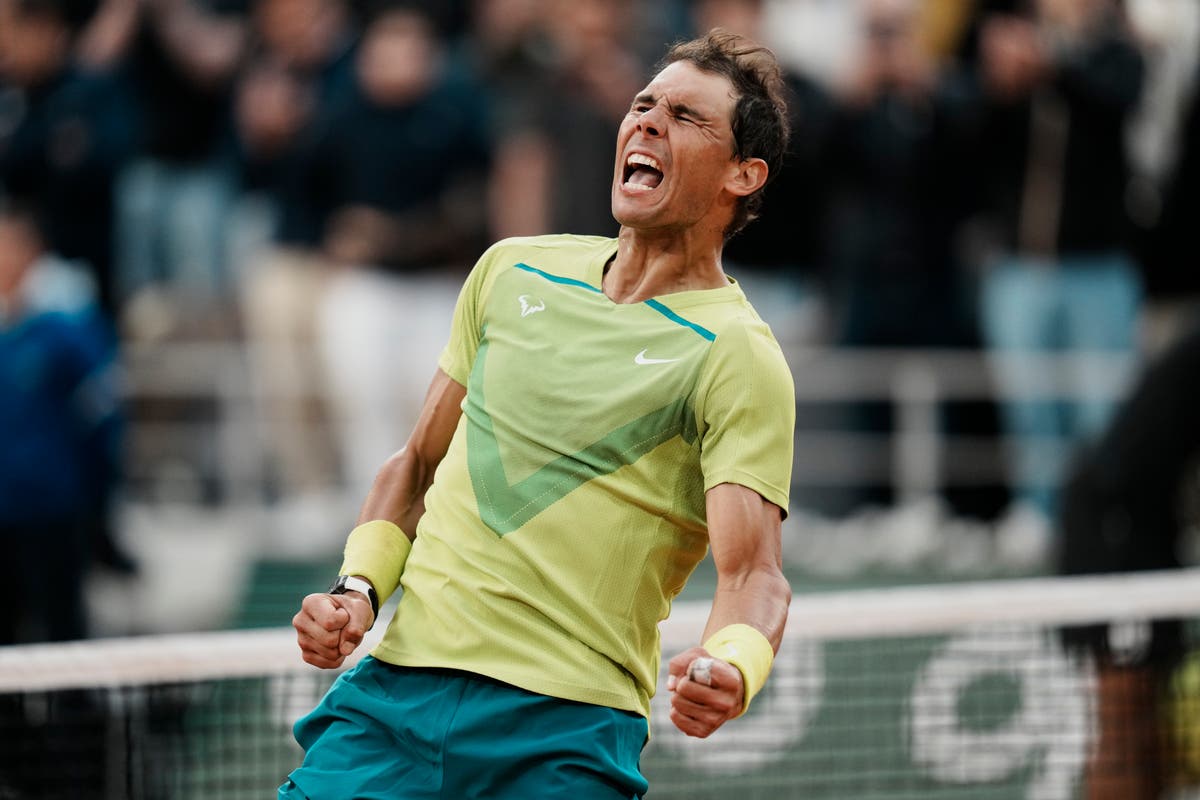 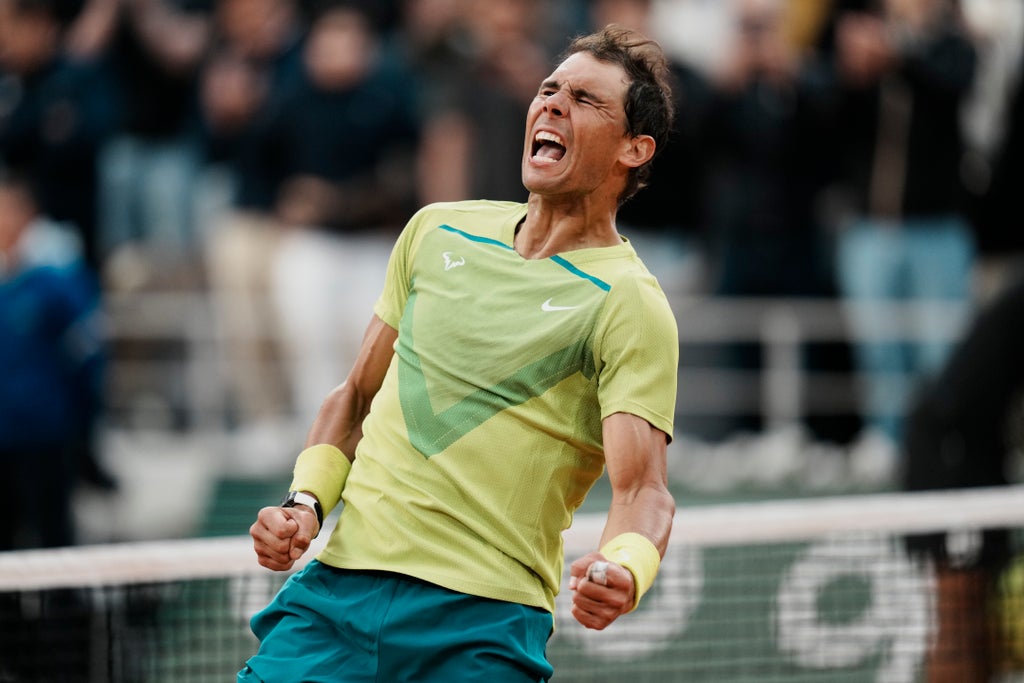 It was far from simple for the 13-time Roland Garros champion to face Félix Auger Aliassime, coached by Nadal’s uncle Toni, as he dropped the first set to Philippe Chatrier.

The fifth seed responded impressively to win the next two sets and despite being forced to decide, Nadal won 3-6 6-3 6-2 3-6 6-3 against the Canadian .

“It’s definitely a very important win for me,” Nadal said after the game.

“I didn’t start well, I had a lot of chances in the first set but I didn’t come back.

“After coming back in the next two, I finished the third much better. I’m very happy with the attitude at the end because I was able to be more aggressive and go to the net towards the end which definitely made the difference.

Next up for Nadal is world number one Djokovic, in what will be the 59th meeting between two of the greatest players of all time. Djokovic currently edges the head-to-head with 30 wins.

It’s been 16 years since the duo first met at Roland Garros, in the quarter-finals in 2006 when Djokovic retired through injury after two sets. Since then, they have faced each other eight times at Roland Garros, with Nadal winning six of those matches.

Djokovic won in the semi-finals last year but on his way to the title and he is yet to drop a set in this year’s tournament, beating Diego Schwartzman earlier on Sunday.

The Serb was far from popular with Suzanne Lenglen and faced a significant amount of boos but that never seemed to stop him as he headed to the quarter-finals where a familiar foe l was waiting.

“I’m glad I didn’t spend too much time on the court myself until the quarters knowing that playing [Nadal] at Roland-Garros, it’s always a physical battle, with everything that’s going on,” Djokovic said.

Alexander Zverev had to go through a long tie-break in the first set, but once he won that 13-11 he took control against Bernabe Zapata Miralles with a 7-6 7-5 6-3 win.

The German was far from his best for much of the quarter-final run, but he got through and could face Carlos Alcaraz in what would be a much-anticipated clash. Alcaraz will face Karen Khachanov later on Sunday.

The draw for the men’s quarter-finals will be confirmed on Monday when those in the bottom half of the table play their fourth-round matches – Daniil Medvedev, Casper Ruud and Stefanos Tsitsipas are among those still in the tournament.