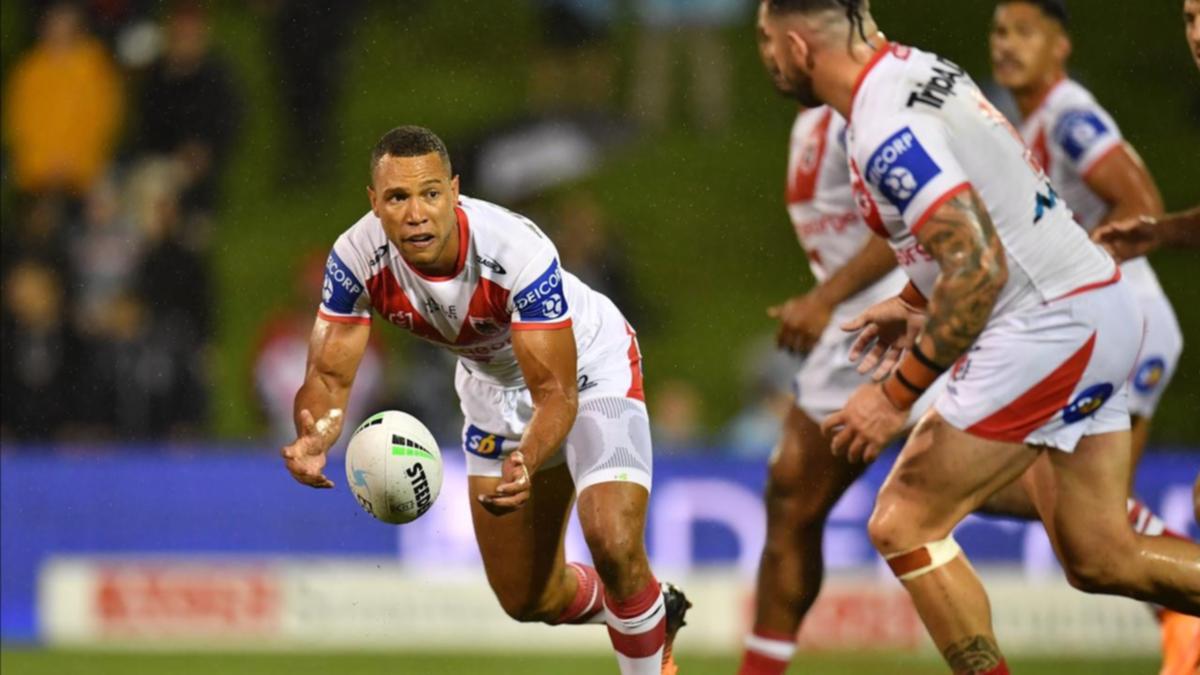 Mbye will play at fullback again against South Sydney on Saturday night, after coach Anthony Griffin made the call to drop Sloan to reserve grade.

Griffin is clear he made the call to protect both Sloan and benched five-eighth Talatau Amone, with the Dragons languishing at 1-3.

But Griffin’s decision came after a summer where the Dragons’ built their team around their next generation, with Sloan and Amone both aged 19.

Mbye made a point to meet with Sloan on Wednesday morning, claiming the regular No.1 was in a good head space despite naturally being upset by the call.

“There’s no doubt he will be the fullback of this club in the future. I don’t think anyone’s going to argue with that,” Mbye said.

“We haven’t been playing well as a group and sometimes when (it’s like that) it’s hard to get your confidence.

“When you’re learning and your confidence is shot you’re not getting much out of it. I think that’s that’s the angle Hook (Griffin) was going with.

“Tyrell or Hook will probably decide (when he returns). He’s a quality player and he’s going to be a good player for a long time.”

Mbye endured a tough night against Parramatta, missing a tackle in the lead-up to a try and fumbling a kick before another in the 48-14 loss.

He marked his third role in as many weeks, coming off the bench as a utility in the first two rounds before playing hooker in place of the injured Andrew McCullough against Cronulla.

But he is well aware that will be the story of his season, particularly in a Dragons side still searching for his best team.

“That’s my role, it is a big task. There’s a lot of information to digest, but to get it right for the team is my job.

“As long as I apply myself to the best of my ability and don’t let anyone down. That’s that’s what it’s about.”