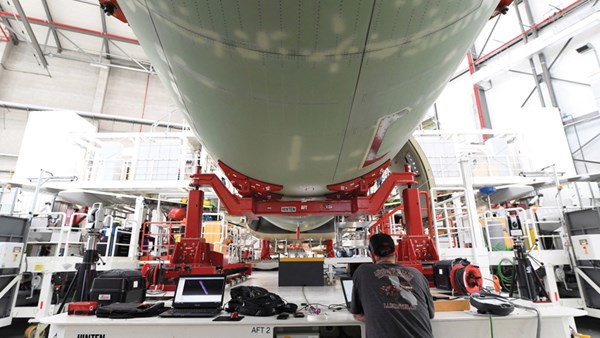 German Labor Minister Hubertus Heil called for rising inflation to be reflected in wage deals.
The minister, who belongs to the Social Democratic Party, said in statements to the German newspaper ‘Funke’ published yesterday that he will not interfere in the negotiations, “but I will frankly say that setting decent wages will also help to alleviate price development here in Germany.”
The minister stressed that the current inflation, the highest since the early 1980s, was not caused by excessive wage demands, but rather by energy prices and supply chain disruptions.
In April, consumer prices increased by 7.4% year on year. The Federal Statistical Office plans to publish the figures for May on Monday. Experts expect the inflation rate to reach 7.6%.
Meanwhile, German Finance Minister Christian Lindner said the German government will face a “wake-up moment” on spending next year when constitutional limits on borrowing are reimposed.
The minister said in statements to German magazine ‘Focus’ yesterday: ‘We must give priority to the plans of the ruling coalition… It is not possible to implement everything immediately.’
Germany is reported to have suspended the work of so-called debt brakes for three years to deal with the repercussions of the “pandemic”.
The country plans to put the brakes on next year, when net new debt is expected to shrink to 7.5 billion euros.
Lindner described this as a “realistic scenario”, adding that the government should avoid spending that fuels inflation, noting that subsidizing new homes or electric cars could drive up prices.
Lindner said the budget will benefit from expiring pandemic-related spending by next year at the latest, calling for an end to free “Corona” testing this year.