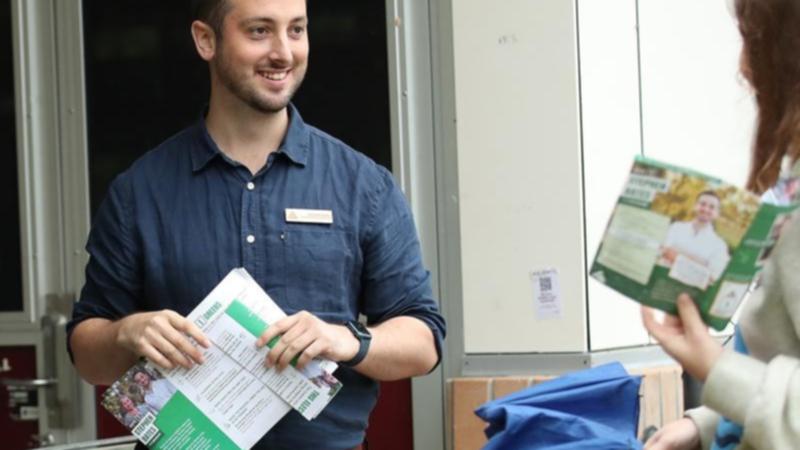 The Greens won the federal seat in Brisbane, snatching the Queensland electorate from the Liberals and earning a fourth place in the House of Representatives.

Greens candidate Stephen Bates took the seat over Labor’s Madonna Jarrett after a tight race and a tense voting week counting for the electorate, which spans the city of Brisbane.

Mr Bates says he intends to be a strong advocate for his community after many locals said they did not feel represented in Canberra.

“From the conversations we’ve had with people in Brisbane over the last 12 months, the mood was that people were angry,” Mr Bates said as he declared victory on Saturday.

Mr Bates said the new Labor Prime Minister Anthony Albanese should work with the parliament entrusted to him.

“Even if Labor forms a majority in the House, we will still be in the balance of power in the Senate,” he said.

“It gives us such a great opportunity to work with the Labor government to go further and improve policies that we know will benefit the people of this country.”

“Although the count is still ongoing, it is clear that we will not cross the line here in Brisbane,” she wrote on Facebook.

“Although I am disappointed, I couldn’t be prouder of the campaign we have had here in Brisbane over the past 12 months.”

Incumbent Liberal MP Trevor Evans conceded defeat last Saturday because despite leading the tally of the three preferred candidates, he was unlikely to retain his seat due to his preferences.

Greens leader Adam Bandt said on Saturday that “the green slide continues” in a statement.

“Stephen’s fantastic victory means the defeat for the Liberals goes even deeper,” he said.

“We are the strongest third party in parliament and we are ready to fight for action on climate and inequality.”