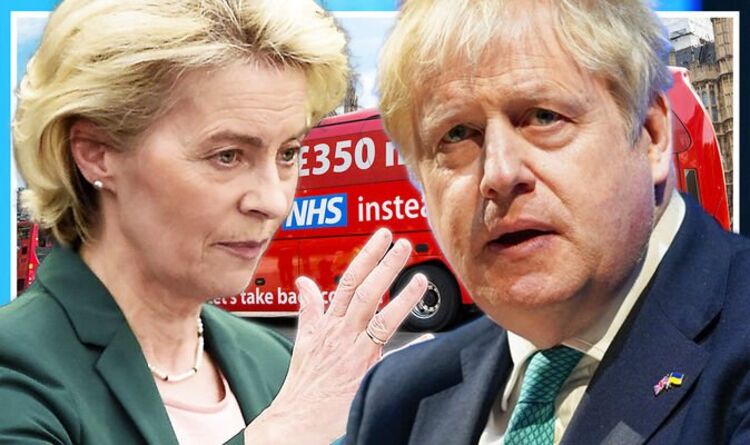 You can add your voice to the tens of thousands of comments posted daily on Express.co.uk and have your say on the big issues facing the country today

European Union (EU) finance ministers met yesterday to discuss how they can further penalize Moscow in the wake of mounting evidence that Russian forces have committed war crimes in Ukraine.

Politicians agreed to a new sanctions package which includes an import ban on coal and a full transaction ban on four Russian banks.

However, when the discussion switched to sanctions on Russian oil imports, several countries voiced their rejection to the proposal.

Germany, Austria and Hungary succeeded in exempting oil from this latest batch of sanctions, though European Commission President Ursula von der Leyen has warned that the EU was now “working on additional sanctions, including on oil imports”.

Last month, the bloc made a commitment to become energy independent from Russia “well before 2030” – it currently gets a quarter of its oil and 40 percent of its gas from Moscow.

But as member states continue to argue internally with one another can the UK point to this as justification for ripping up its EU membership?

HAVE YOUR SAY RIGHT NOW – JOIN THE EXPRESS READER DEBATE IN OUR COMMENTS SECTION.