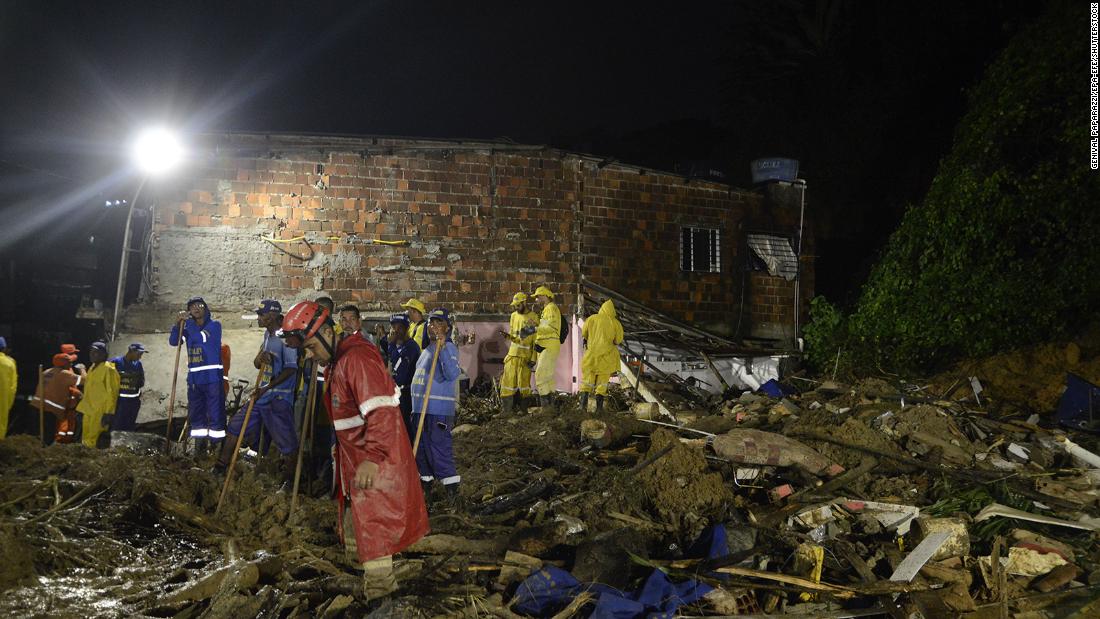 A further 56 people are missing and at least 25 are injured, Brazilian Regional Development Minister Daniel Ferreira said on Sunday.

More than 3,900 people also lost their homes due to devastating downpours, Ferreira added.

Some of the deaths were caused by landslides in the greater Recife region, said Pernambuco Civil Defense, which urged residents living in high-risk areas to seek refuge elsewhere.

In the city of Recife itself, schools have been opened to house displaced families.

Brazilian President Jair Bolsonaro said the Brazilian military would help those affected and he would personally travel to Recife on Monday to assess the situation.

“Our government has made available, from the first moment, all its means to help those affected, including the armed forces,” he tweeted on Sunday.

Brazil’s northeast suffered from unusually high rainfall volumes, officials said. Some areas have recorded more rain in the past 24 hours than the total volume forecast for the month of May.

Reporting provided by Marcelo Medeiros and Michelle Velez in Atlanta, and Marcia Reverdosa in Sao Paulo.