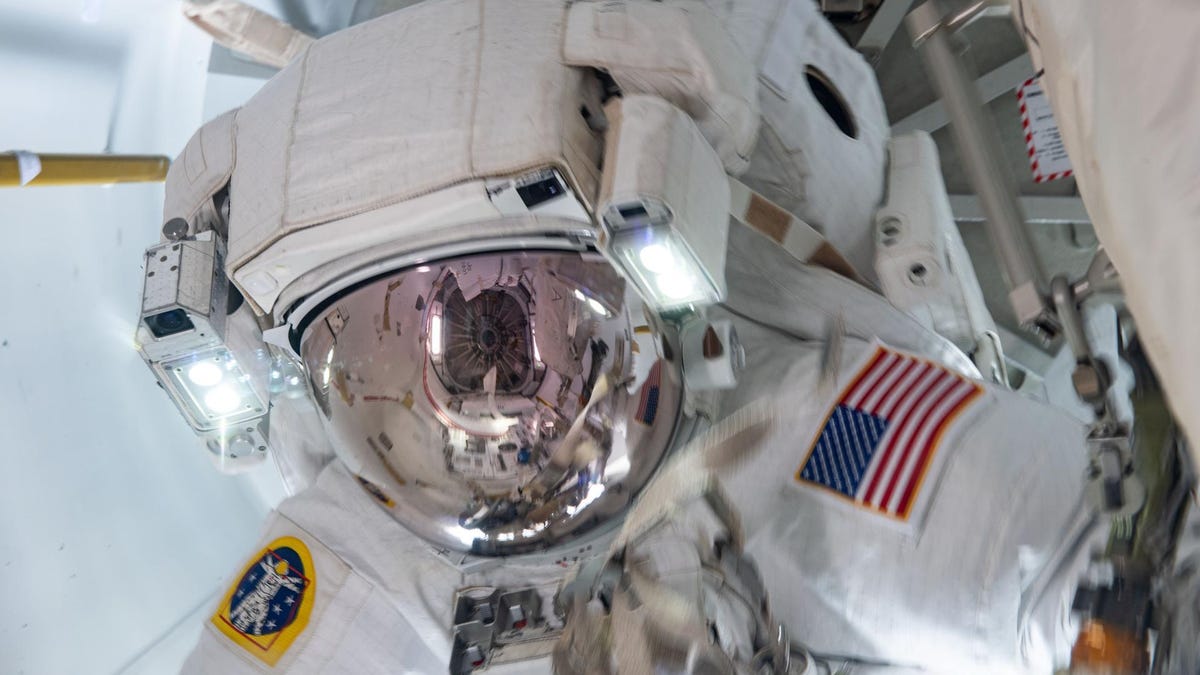 NASA is almost ready to launch its Artemis mission, a multi-stage quest to send astronauts to the Moon and beyond. As the agency nears the launch date of Artemis I – an unmanned flight around the Moon – it is also preparing its astronauts to spend time on the lunar surface.

Preparing to go to the Moon is about as intense as expected: NASA’s team of 42 astronauts and 10 astronaut candidates undergo rigorous training that involves landing military helicopters, studying rocky terrain in areas like Iceland, extended stays at the bottom of a pool, and training in VR simulations.

NASA has not yet decided which astronauts will go to the Moon. However, the agency said on Friday that it aims to launch the Artemis II mission in 2024 – this mission will send astronauts on a lunar flyby test, making it the first crewed mission to go beyond the Earth. low Earth orbit since 1972. Then, in 2025, NASA is expected to launch the Artemis III mission, sending the first woman and the first person of color to the surface of the Moon.

The Artemis program doesn’t stop there, NASA chief astronaut Reid Wiseman said Friday. After that, the program is designed to support “the first humans to travel to Mars and walk in our footsteps, build science labs, and inhabit another planet.

“To me, it’s just the most impressive time we’ve had here at NASA,” Wiseman added.

At a press conference on Friday, Wiseman described the elements of astronaut training. First, they spend time with the military, practicing how to land a helicopter in the snow.

“To land on the moon, to land on Mars, we’re going to descend pretty much vertically,” he explained. “Whether it’s SpaceX Option A, building their manned moon lander that we’re going to fly, or other contractors signing on to fly subsequent missions, we’re almost certainly going to go down vertically.”

As for landing in the snow, he said the goal was to answer, “What does it feel like to be whitewashed, like you’re on the surface of Mars or the surface of the Moon? And just a few hours in helicopters, it’s amazing how much you learn, how fast you learn.”

Meanwhile, NASA participated in a European training session a few months ago called Pangea, which helped prepare them to study lunar geology. The agency, Wiseman said, needs to think about how it will obtain moon rock samples, store them, and catalog them for scientists on Earth.

“It’s a totally different way of thinking about a geologic timescale,” he said. The agency also trains extensively in Iceland, he said, calling it “a very good analog to the lunar surface.”

Next, NASA astronauts use their virtual reality lab to prepare for landing at the Moon’s south pole.

“If you’ve ever looked at the Moon at night, the South Pole has a very strange solar angle — very strange light hitting it,” Wiseman said. “There are permanently shaded regions, and we’ve been developing in the virtual reality world what that actually looks like, with the exact angle of the sun that we’re going to land at. And that’s completely weird.”

For another simulated experience, NASA is currently outfitting the Orion crew trainer at Johnson Space Center. It will be ready later this year, preparing the crew to fly aboard the Orion spacecraft.

Just 10 minutes north of Johnson Space Center, astronauts train at NASA’s Neutral Buoyancy Lab – a very large pool where astronauts have been training for spacewalks from the International Space Station for two decades. .

“Now we’re taking part of that pool and looking at what it would be like to be on the moon, to spend six hours in a lunar-class spacesuit doing research at the bottom of a pool,” Wiseman said.

Of course, NASA also has astronauts on board the ISS – there are currently four of them – preparing them for the trip to the Moon as well.

Wiseman said the agency hopes to choose the astronauts who will fly on Artemis II later this year. For all Artemis missions, the agency will primarily consider technical expertise, he said – “the ability to dive into literally any situation, any vehicle technical need, to understand when things don’t go quite well and understand when they are.”

Beyond that, he said, NASA is looking for team players who can work well with each other and with flight directors. Wiseman also stressed the importance of sending a diverse crew to the Moon, also noting that the new class of astronauts represent “all walks of life.”

“Our job at NASA is to do the hard things, to do the right things, and to motivate our base, which is our youth,” he said. “And right now, our country is a diverse, extremely wealthy country… We want every American kid to look at our poster and say, ‘Oh, I see myself in it… I can do this someday. “