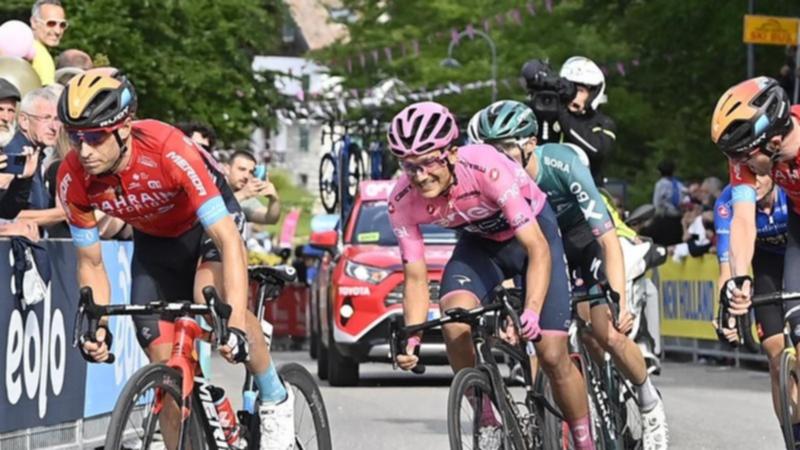 Hindley (BORA-Hansgrohe), the 2020 finalist, and Carapaz (Ineos Grenadiers) crossed the line together at the end of the 168 km route from Ponte di Legno to Lavarone, which took place over almost 4,000 m of elevation gain .

Mikel Landa finished six seconds behind the duo but finished third overall, 1min 35sec behind Carapaz. He is ahead of Joao Almeida, who was dropped on the second of two first category climbs of the last 40 kilometers.

Buitrago was in tears after finishing second in Stage 15 on Sunday. There were more tears from the 22-year-old on Wednesday, but this time of joy after picking up the solo victory.

The Colombian recovered from a crash at midday to return to the breakaway, then launched his attack towards the top of the final climb, crossing it alone and accelerating the last eight kilometers.

Buitrago finished 35 seconds ahead of Gijs Leemreize – who was leading on the steep climb to Monterovere – and 2:28 ahead of Jan Hirt.

News has also come in that Eritrean Biniam Girmay has been cleared of any permanent vision damage but is not yet able to return to training or racing.

Girmay suffered an eye injury while opening the festive bottle of Prosecco after winning Stage 10 last week. The cork flew out and hit his left eye.

Thursday’s 18th stage is expected to produce a sprint finish after a flat circuit around Treviso at the end of a 156km route from Borgo Valsugana that includes two category four climbs.

The Giro ends on Sunday in Verona.