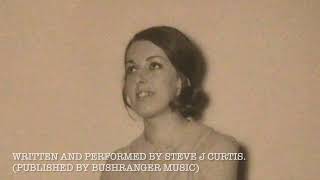 A love story between a Royal Navy sailor and his “Carrickfergus Girl” who met at a dance at Belfast’s famous Floral Hall on Christmas Eve in 1968 has now been turned into a catchy new country song by a friend of the family.

The video for the song was just made available on YouTube and features some photographs of the couple from the 1960s and a video of them dancing only a few years ago.

The sailor and his daughter Carrickfergus, also known as Gary and Rosie Ames, were surprised by the song at Rosie’s 70th birthday party in 2016, when their daughter Tori arranged for the song to be written about how they met.

It was written, produced and performed by Steve J Curtis, a musician from Halesworth, Suffolk, who has been friends with the couple for over 30 years.

Gary said: “His research on Carrickfergus, Shore Road, Floral Hall and Glitter Ball was great and to bring it all together about our first meeting and Carrickfergus Girl singing at Rosie’s party, c it was just wonderful – dancing has always been a magical thing for us.

Ironically, Gary’s family, originally from Suffolk, had just moved to Northern Ireland and he had arrived from the Royal Navy to visit them for the holidays when he attended the Christmas Eve ball at Floral Hall.

In the video for the original song “Carrickfergus Girl”, there are images of Rosie from the 1960s wearing a red dress she wore the night they met.

He tells how Rosie loved to go to dance halls and remembers some of her favorite bands.

There’s also a Floral Hall painting in the video, which was created by famous artist Ronnie McClune, the husband of a friend of Rosie’s who attended the dance with her the night she met Gary.

After meeting at the Christmas Eve ball, the couple were only together for seven months before they were married on August 12, 1969 at the Chapel of Methodist College in Belfast, one of the first weddings to take place there. .

Gary said that just six weeks after the wedding he was at sea for 10 months.

Rosie then returned to her apartment in London and continued to work as a teacher.

“I wrote letters at home to Rosie because of course we didn’t have cellphones or phones,” Gary said.

“It would take up to three weeks to get a response, it wasn’t like sending an email!

After his first 10 months, he returned home for four months before being fired for another 10 months.

Rosie said it was certainly a rough start for a young marriage, “but we survived it”.

During Gary’s 11 years in the Royal Navy, the couple moved to different parts of England before eventually settling in Essex, where they are still based. They had two children, Victoria and Tim.

Although they have lived in England for over 50 years, Rosie and Gary said they will continue to visit Northern Ireland every two years.

Rosie said she hopes the video and song about how they met “will bring back many good memories for so many people.”

“The 1960s was a really great time to be a teenager, the performing groups, the cars, the dance halls, the music, getting ready on a Saturday night and hoping you would be asked to dance, it was just a good one. moment, “she said.

Gary added: “We hope that anyone who hears this song will remember their teenage years and be a magical comeback for people all over Northern Ireland, and perhaps for anyone who has met the love of their life in Floral Hall. “