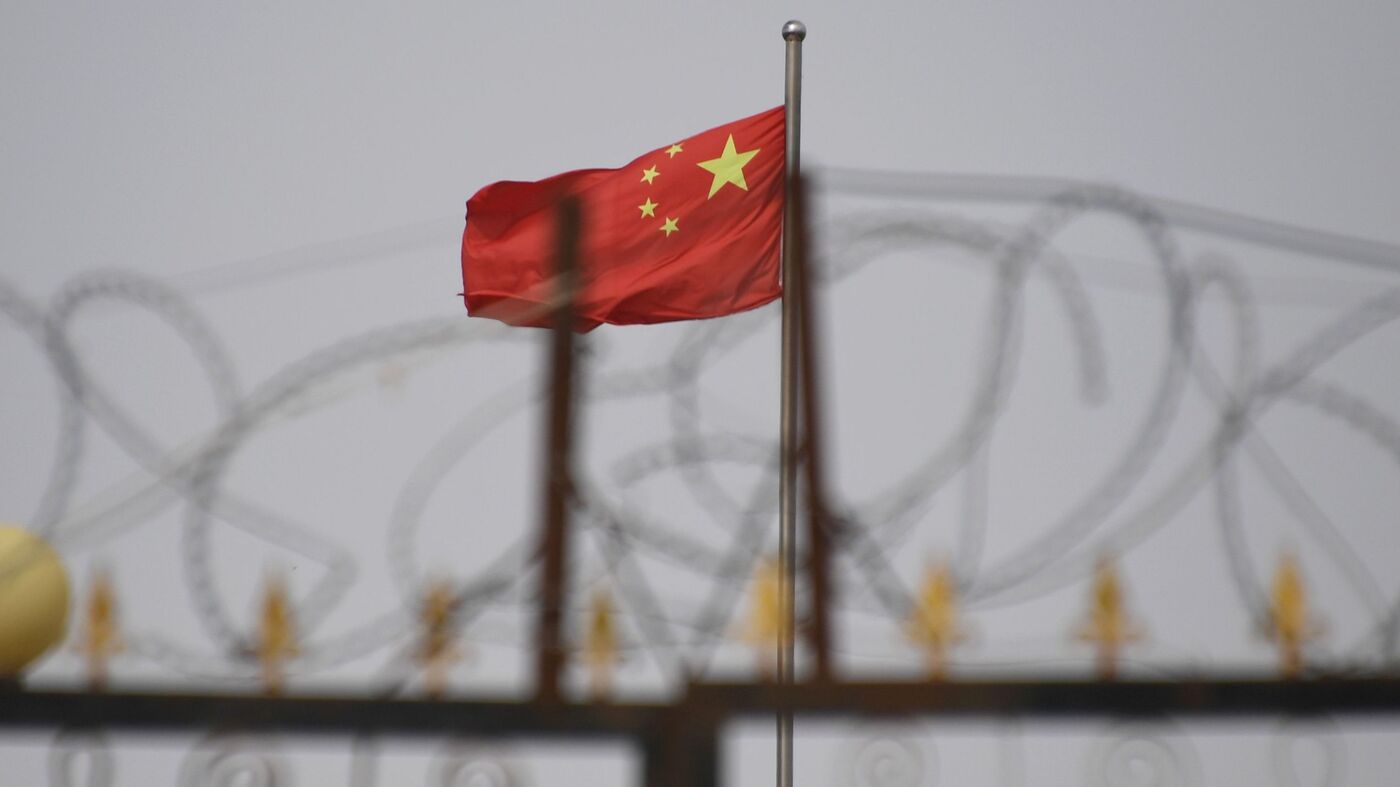 The Chinese flag is seen behind barbed wire at a residential compound in Yangisar, south of Kashgar in China’s western Xinjiang region.

The Chinese flag is seen behind barbed wire at a residential compound in Yangisar, south of Kashgar in China’s western Xinjiang region.

Far away in China’s western Xinjiang region, authorities have imprisoned thousands of people from the Uyghur ethnic minority without legal justification.

They have also coerced thousands of Uyghurs into state or factory jobs.

China says these efforts are their attempts to fight terrorism in the region and promote economic growth. And countries, including the United States, buy millions of dollars worth of exported goods from Xinjiang every year.

But a new report from C4ADS, a Washington-based nonprofit data analytics group, says those goods that consumers around the world are buying could be made with forced labor.

Irina Bukharin is the lead analyst for the report and joined All things Considered to explain why this is happening in Xinjiang and what US policymakers might consider doing about it.

This interview has been edited for length and clarity.

Why is this happening in Xinjiang?

The Chinese government interprets the distinct identity, religion and culture of the Uyghurs and other Turkic peoples of Xinjiang, who are predominantly Muslim, as both a threat to national security and a cultural threat to Chinese unity.

And as such, they imprisoned Uyghurs and forced them into coercive working conditions, uprooted them from communities and sent them to work in fields and factories hundreds of miles from their families.

China has closed off access to Xinjiang, making it harder to prove whether forced labor is taking place by talking directly to people. But the weaker diaspora provided damning evidence by sharing their own experiences. These parents and members of the community [share] that forced labor takes place at a systemic level in Xinjiang.

Who is behind this system of coercion?

It’s a mixture, stemming from government policies. State-owned enterprises may be those that employ Uyghurs and other minorities under these coercive conditions. However, private companies are also the ones implementing these policies and really engaging in the oppressive actions themselves.

What kinds of goods are these workers obliged to produce?

Xinjiang has significant agricultural, extractive and manufacturing sectors, which means these are common products that enter global supply chains and arrive in our homes. In particular, some of the goods we have identified that permeate global supply chains are cotton, tomato products, pepper products and various fabric items as well as minerals.

Are broader sanctions planned by the US government on these goods from Xinjiang?

Yes. Last year, Congress passed the Uyghur Forced Labor Prevention Law, which will go into effect next June. It, among various other measures, presumes that all goods made in Xinjiang were made with forced labor and are therefore prohibited from entering the United States.

What recommendations do you have for policy makers and consumer groups to monitor these goods and address these challenges?

Companies and governments need to invest more in some of the methodologies used by C4ADS to trace Xinjiang’s supply chains. This means relying more on publicly available information. Sometimes it can be easy – there can be a lot of information available on the Internet in Chinese and on Chinese company websites. This tells you whether or not the goods are from Xinjiang, but sometimes it can also be quite difficult.

This interview was produced for radio by Miguel Macias and edited by Kathryn Fox. It was adapted for the web by Manuela Lopez Restrepo