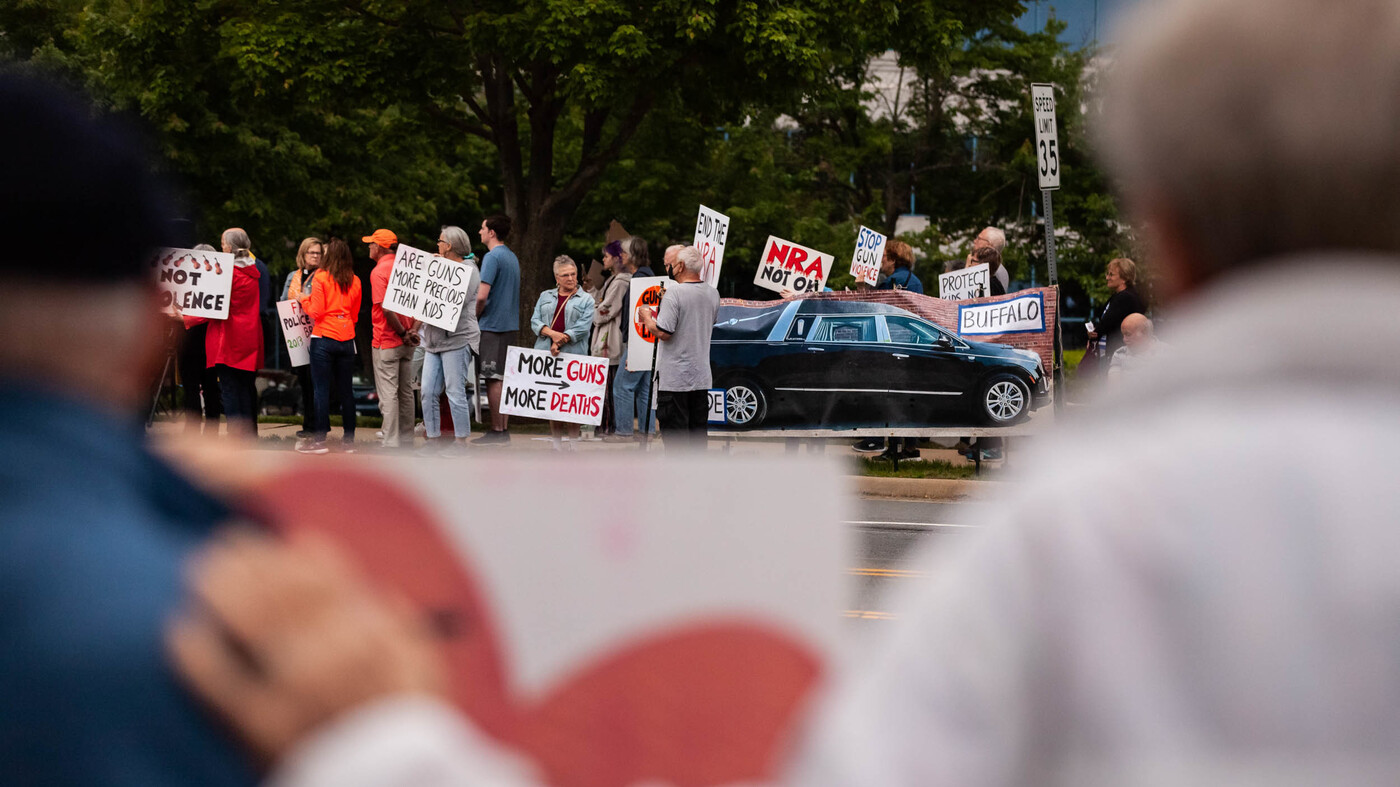 Protesters attend a candlelight vigil Wednesday in Fairfax, Va., for victims of the Uvalde and Buffalo mass shootings.

Protesters attend a candlelight vigil Wednesday in Fairfax, Va., for victims of the Uvalde and Buffalo mass shootings.

Every mass shooting in the United States sparks calls for better policies to prevent such tragedies. There is evidence to suggest certain types of laws can reduce deaths from mass shootings, say scientists who study the field – but these policy options are not the ones typically discussed in the wake of these events.

The body of researchers to draw from is limited, notes Michael Anestis, executive director of the New Jersey Gun Violence Research Center at Rutgers University. “Mass shooting research is only a very small part of gun violence research,” he says.

That’s because mass shootings account for less than 1% of the roughly 40,000 people killed by firearms every year in this country, Anestis says. “They’re horrible, they’re all too common, and yet, that’s just the tip of the iceberg, isn’t it?”

Researchers studying gun violence tend to focus on the types of violence, such as suicide, associated with the greatest number of deaths, he says. But, he adds, the whole area of ​​gun violence research has long been neglected and underfunded.

“There’s money out there, but it’s really way below where it should be given the number of injuries and deaths and the economic costs associated with gun violence,” Anestis says. “It’s just disproportionately underfunded.”

Two approaches worked better than others

Still, some studies have conclusions about what might prevent mass shootings.

One such study took advantage of the fact that in the United States, gun laws vary from state to state. “Honestly, it’s far from ideal from a public safety perspective, but it does provide opportunities for researchers,” says Daniel Webster, co-director of the Johns Hopkins Center for Gun Violence Solutions.

He and a few colleagues recently analyzed more than 30 years of data on US shootings that involved four or more victims. They compared states to try to disentangle the effect of various gun laws. “I have to admit that this is very difficult and, frankly, inaccurate science,” Webster says.

Despite these limitations, he says, “we found two policies that had significant protective effects in reducing rates of fatal mass shootings.”

One was the requirement that a gun buyer go through a licensing process. “A licensing process requires someone, you know, to apply directly and engage with law enforcement, sometimes there’s security training and other requirements,” Webster explains.

Another approach that appeared to reduce deaths from mass shootings was the banning of states from purchasing high-capacity magazines or ammunition feeders for semi-automatic weapons.

This makes intuitive sense, Webster says, because these objects allow a shooter to fire many bullets in a short time without interruption. If a shooter has to stop and reload, victims could escape or fire back.

Another study on mass shootings shows that this type of law seems to have a protective effect. David Hemenway, director of the Harvard Injury Control Research Center, worked with colleagues to examine the effect of the high-capacity magazine ban on nearly three decades of mass shootings in different states.

What about background checks or police presence in schools?

In the aftermath of a mass shooting, people often argue for the need for comprehensive background checks, Webster says. He supports this policy but says his research does not show it is linked to a reduction in this particular type of fatal event.

An additional common refrain after a mass shooting, he says, is a call for policies that make it easier for people to carry guns so they can defend themselves. “Well guess what, the data doesn’t back it up at all,” Webster says. “If anything, this shows higher rates of fatal mass shootings in response to weaker regulations for concealed carry by civilians.”

And while school systems might try to respond to the threat of mass shootings by having police on site or involving students in drills, “as far as I know, there is no in-depth research on none of those things,” Hemenway says.

Keeping guns away from young people, whether through safe gun storage in a home or age restrictions on purchase, should have a protective effect, Webster says, based on data showing that “the maximum age for violent offenses with firearms is roughly 18 to 21.”

The public health risks associated with alcohol consumption by young people inspired a ban on drinking before the age of 21, he says. But the Uvalde shooter was able to legally purchase semi-automatic rifles right after his 18th birthday.

It seems plausible that age restrictions make it harder for young adults to access weapons capable of creating a mass shooting, says Anestis, but “do we have great data-based resources to evaluate these policies? No, we don’t.”

An emerging policy option that is backed by preliminary evidence is to allow police to temporarily remove firearms from people who appear to be in imminent danger. A study in California that looked at how this process was used over a two-year period in that state found 21 occasions when it was done in response to mass shooting threats – several of which involved schools.

It’s unclear whether removing these weapons actually prevented mass shootings, but the researchers say it’s still important data given the general lack of information and limited funding for the research. A 2017 study found that guns killed about as many people each year as sepsis, a potentially deadly response to infection, but funding for gun violence research was about 0.7% of that of sepsis.

“There’s so much to study in firearms, and we haven’t had enough study for 25 years,” Hemenway says. “Once you scratch the surface right now of what is known, we know so little.”