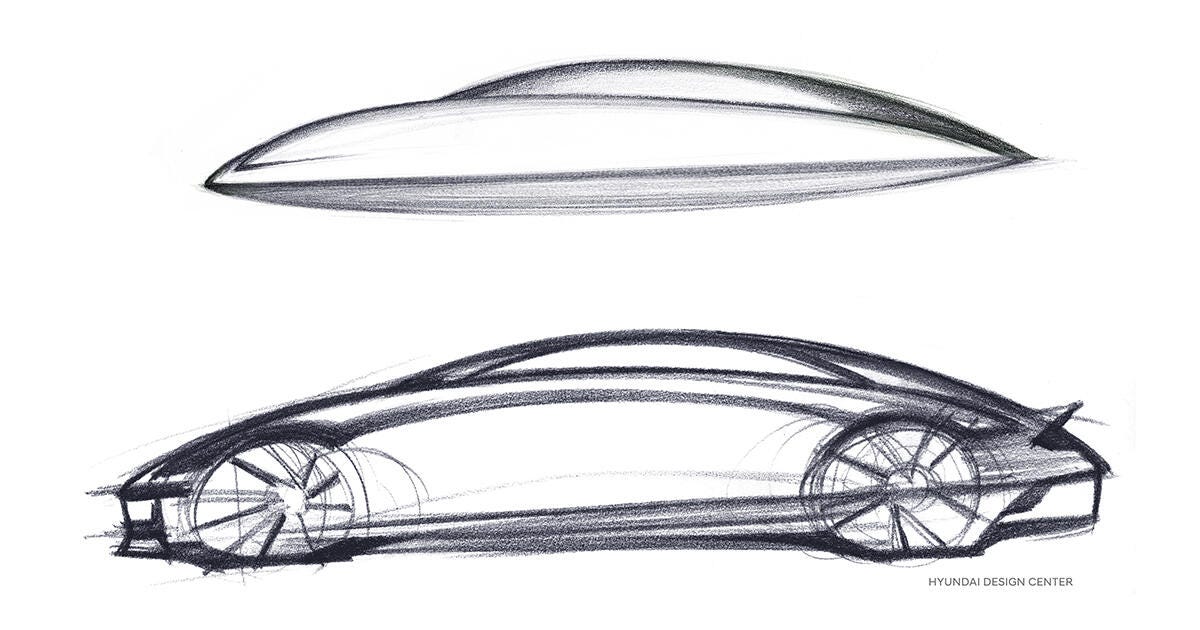 After some cryptic videos that showed nothing, Hyundai finally released the first legitimate teaser of the upcoming Ioniq 6 on Monday. The new electric sedan was previewed by the concept of prophecy in 2020, and the production version should stay pretty close to this stunning design.

The only image is a sketch of the Ioniq 6’s profile, which is positioned in a more abstract teardrop shape that reminds me of the original Citroën DS, my personal choice for the most beautiful car in the world. It has an arced silhouette, much like the Mercedes-Benz EQS, although the rear of the Ioniq 6 comes to a sharper and steeper point. There is a prominent rear spoiler, which The prophecy also had, and what looks like brake ducts on the front and rear bumpers. According to Hyundai, the Ioniq 6’s “Electrified Streamliner” design philosophy is both aesthetic and functional, and its aerodynamic shape and clean lines will influence other EV models.

Like the existing Ioniq 5, the Ioniq 6 will be built on Hyundai Motor Group’s E-GMP platform. The base model is expected to have a single motor in the rear while a dual-motor all-wheel-drive version will be available. Expect over 300 horsepower at launch, and with the Ioniq 5 boxer having over 300 miles of range, the Ioniq 6 should achieve at least 350 miles on the EPA cycle. There should be an N performance version finally too. In terms of size, the Ioniq 6 seems analogous to the Sonata, which makes the recent rumors of the disappearance of the Sonata understandable as Hyundai strives to launch more than a dozen fully electric cars by 2030.

Hyundai says the exterior and interior of the Ioniq 6 will both be revealed by the end of the month, and it will likely make its public debut at the Busan auto show in July. Next up will be the three-row Ioniq 7 SUV, which was previewed by the concept seven.