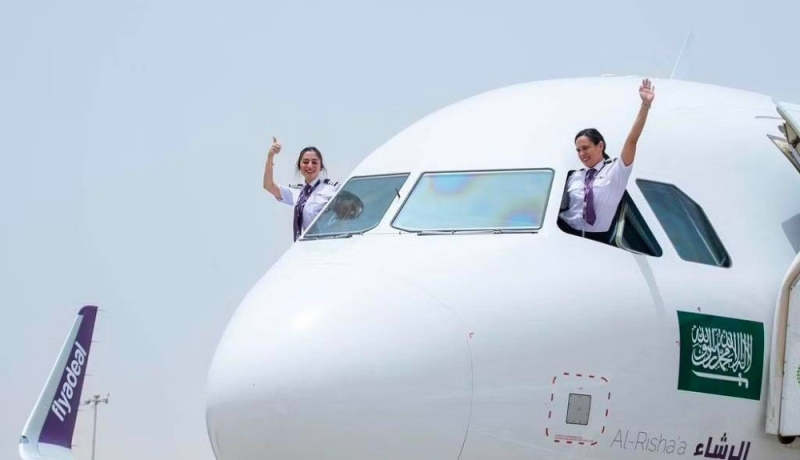 The first “all-girls” domestic flight in Saudi Arabia sparked wide interaction among the pioneers of Saudi social networking sites, expressing their joy and pride in girls’ participation in piloting planes.

And tweeters transmitted a new image, in which the two pilots of the plane appeared through the plane’s windows into the cockpit, waving their hands, expressing their joy at piloting the plane heading from Riyadh in Jeddah.

Tweeters praised the girls and their ability to prove themselves in various fields.

The flight of the company “Flyadeal”, a low-cost subsidiary of Saudi Airlines, took off last Thursday from the capital, Riyadh, bound for Jeddah, according to the company’s spokesman, Imad Iskandarani.

Iskandarani said the seven-man crew were Saudi women, including the assistant pilot, except for the captain, who was a foreigner.