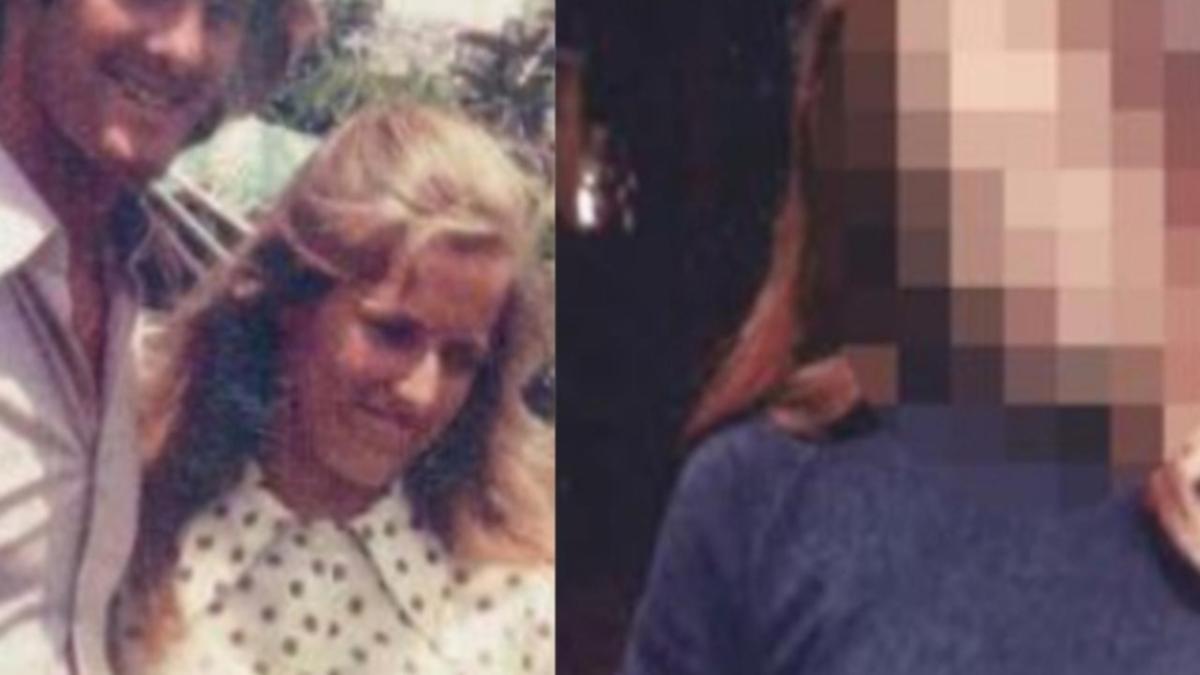 In 1981, in the halls and grounds of Sydney’s Northern Beaches School where Chris Dawson taught, rumors, innuendo and taunts began to fly.

More than 40 years later, the NSW Supreme Court has heard that Mr Dawson – a former rugby league star turned PE teacher – had grown close the previous year with a student.

The teenager – who can only be known as JC – would later become a babysitter for Mr Dawson and his wife Lynette.

The court also heard that she would later move into his Bayview home as a live-in babysitter, eventually moving into the Gilwinga Drive home as his lover after Lynette disappeared in January 1982.

Mr Dawson is on trial for the alleged murder of his wife Lynette, accused of killing her and dumping her body, motivated by his desire to have ‘unfettered access’ to the girl.

The 73-year-old pleaded not guilty.

Through his lawyers, he argued that he had no reason to want to kill his wife and that she had been seen several times since her disappearance.

He said that on January 9, 1982, he drove her to a Mona Vale bus stop so she could go shopping, but she did not meet him at the Northbridge Baths as planned.

This is what we saw in court after the second week of the trial.

JC’s sister told the court that in 1981 she was taunted in the schoolyard by other students.

They were singing along to his lyrics to The Police song Don’t Stand So Close to Me.

“It made me cringe,” JC’s sister told the court, adding that she knew they were referring to JC and Mr Dawson.

“Young teacher, subject of schoolgirl fantasy, she wants it badly, knows what she wants to be,” Sting sings in the song.

JC told the court that when she was living with the Dawsons as a live-in babysitter in 1981, Chris would make an alcoholic drink for Lynette, wait for her to fall asleep, after which she would have sex with him.

The court also heard that JC swam topless in their backyard and walked around the pool in only a thong.

Judge Ian Harrison, who is presiding over the trial by judge alone, heard that JC had a troubled family life, due, according to evidence she gave to the court, to an alcoholic mother and stepfather. and violent.

This led her to accept Mr. Dawson’s offer to live in Bayview while she completed her HSC.

“I think I had nowhere to go, and he said ‘I’m going to take care of you’ and I needed someone to take care of me,” JC told the court explaining his condition. mind shortly before Christmas 1981 when she and Mr. Dawson leave for Queensland to start a new life.

However, shortly after the trip began, JC said, she asked Mr Dawson to turn around and return to Sydney because she missed her family.

Over the New Year, she vacationed with her friends and family at a trailer park in South West Rocks.

She said that around January 10 or 11, Mr Dawson traveled to the NSW north coast to pick her up.

It is alleged that Ms Dawson was murdered on or around January 8.

JC said she was driven back to Sydney where she was “set up” at his home to cook, clean and care for her two young children.

She then married Mr Dawson in 1984 before later separating in acrimonious circumstances in 1990.

During her testimony to the NSW Supreme Court, JC said that during her marriage she suffered domestic abuse, including an incident in which Mr Dawson ripped off a thong she was ‘parading’ for him .

JC said Mr Dawson got angry when he told her to only wear underwear in front of him.

“There was an incident with a thong that involved Mr Dawson pulling him from behind in the context that you were mocking,” said Mr Dawson’s lawyer, Pauline David.

“There was no violence associated with any thong incident,” Ms David said.

A series of witnesses also said they had witnessed or been told of incidents where Mr. Dawson was aggressive or violent towards Lynette prior to his disappearance.

Anne Grantham, who worked with Lynette at Warriewood Children’s Centre, said on one occasion she saw Mr Dawson acting ‘aggressive’ towards his wife.

“I told her that Chris seemed to be aggressive and I was surprised because she said ‘he can be very aggressive towards me,'” Ms Grantham said.

“She said he grabbed her by the back of her hair and pressed her to the ground, in the mud, with his face.”

She added: “Lyn said she couldn’t breathe, she was out of breath.”

Ms David suggested the incident had been told to her by someone else or that she had made it up in her mind – a suggestion Ms Grantham rejected.

Roslyn McLoughlin, who regularly played tennis with Lynette alongside a group of friends at Bayview, said she last saw Ms Dawson at a social game in the week before Christmas 1981.

Ms McLoughlin said that on this occasion, Ms Dawson seemed “quite upset” and begged her to come to her house for coffee.

“She really wanted me to go back to her place for coffee after tennis,” Ms McLoughlin said.

Ms McLoughlin said she declined Ms Dawson’s repeated invitations because it was the week before Christmas and she had family obligations to fulfill.

She said Ms Dawson was “begging” me to come to her house and at the same time noted several bruises on Lynette’s upper arms and thighs.

“She had shorts down and it showed bruising,” Ms McLoughlin said.

“She probably had a big bruise the size of a grapefruit on her thigh. And I don’t know if it was both forearms or just one, but she had bruises on her arms.

When cross-examined by Ms David, she admitted that Ms Dawson did not say how she had been bruised.

A teenager at the time, who can only be known as BM, was a student at the school where Mr Dawson taught.

She also babysat the Dawsons’ children—before JC became their babysitter—for several years while she graduated from high school.

BM told the court that she witnessed an incident in which she saw Mr. Dawson grabbing Ms. Dawson by the arm and throwing her into a door frame.

“I saw Chris Dawson grab Lynette by her upper arm and slam her into the bedroom in an act of anger and force,” BM said.

“Lynette was almost like a rag doll because he was so much taller. As he grabbed her and swung her around, she actually picked up the door frame with her shoulder and possibly her head.

Ms David suggested BM exaggerated the stories to make herself ‘relevant’ and claimed she had been influenced by the Teacher’s Pet podcast.

BM also told the court of a separate incident in early 1980 when she said Mr Dawson made his wife cry by hitting her with a dishcloth after he was irritated by dirty glass.

“I kind of put my arm over her shoulder and realized she was crying,” BM said.

The trial will continue on Monday.