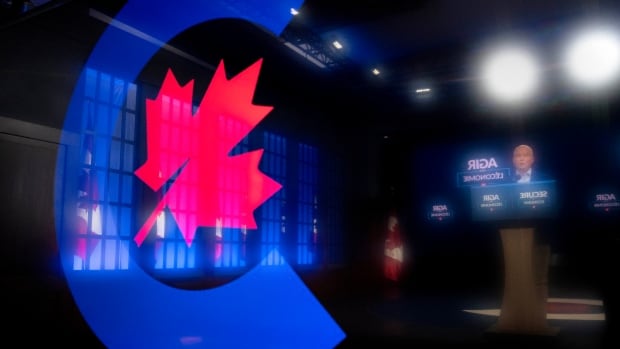 The Conservative Party of Canada has released a preliminary list of members eligible to vote in the party’s leadership race in September, showing there are now more than double the number of eligible voters than in the 2020 contest which crowned Erin O’Toole as head.

Preliminary figures released on Thursday indicate there are now around 675,000 members eligible to vote for the next Tory leader, up from 269,469 party members who were able to vote last time.

“What we have here is really extraordinary and historic membership growth,” said Ian Brodie, chairman of the party’s leadership election organizing committee.

Between February and June, the party says about 613,000,000 members registered, although 45,000 of these are likely party renewals. Still, Brodie says the numbers show Canadians are committed to the race.

“Campaigns have had an extraordinary reach across this country in the lives of Canadians to engage them in this race,” Brodie said.

The preliminary list will now go to the leadership candidates for consideration. They will have until Monday to request that members be removed or added to the list.

Brodie said campaigns will need to justify their challenges by providing a valid explanation for why a member should be removed from the list. The basis of a challenge may, for example, include proof that a member has registered twice, under two addresses.

Campaigns can also flag members who should be added to the list if they have been purged because they have, for example, the same name as another member.

Campaigns can now use the list to buy votes

About 6,500 registrations have already been flagged as non-compliant, meaning they did not follow party or Elections Canada rules.

The release of the preliminary list allows all campaigns to phone or email party members to try to get them on their side.

Brown plans to run for mayor of Brampton

The list may also help Brown decide his future in the race. He told CBC News on Wednesday he was considering running for re-election in Brampton if it looked like he would lose to Conservative leadership candidate Pierre Poilievre in September.

“If it looks like Pierre is going to win, I would rather continue serving at the municipal level, than be part of what will be an electoral wreckage of the Conservative Party,” Brown told CBC News.

Meanwhile, Poilievre, the frontrunner in the Conservative leadership race, joined a march against vaccination mandates in Ottawa on Thursday as party rifts continued to emerge over how members should stand. associate with protesters gathering in Ottawa for Canada Day.

Army Reservist James Topp marched in Ottawa on Thursday to protest vaccination mandates. Poilievre joined him for part of the march and appeared in online videos chatting with Topp and other protesters.

“Today I walked alongside military veteran, James Topp, who walked the country freely,” Poilievre said in a Tweet. “End all warrants. Restore our freedoms. Let people regain control of their lives.”

Military police charged Topp in February with two counts of conduct to the prejudice of good order and discipline for comments made while he was wearing his uniform. Topp has since led a four-month march to the capital from Vancouver.

When asked to comment on Poilievre’s decision to join the protest, Poilievre’s campaign directed CBC News to remarks he made to CTV News during the march.

Today I walked alongside military veteran, James Topp, who walked the country on foot for his free will.

End all terms. Restoring our freedoms. Let people take back control of their lives. pic.twitter.com/yp6XwXEE9B

“I think that [Topp] advocates freedom of choice. People should have the freedom to make their own decisions with their own bodies and that’s why I think he crossed the country and that’s why I thought I’d greet him and hear him and see he has thoughts to share with me,” Poilievre told CTV.

This isn’t the first time prominent conservatives have met with anti-vaccine protesters, including Topp. Last week, a group of Conservative MPs, including leadership candidate Leslyn Lewis, met with organizers of the Freedom Convoy that occupied Ottawa in February.

But in a statement to the media Thursday, Charest blamed the current protests on the Trudeau government.

“This latest protest is a symptom of Trudeau’s leadership failures,” Charest said. “He continues to show more interest in corner politics than getting out of this pandemic. Ultimately, as long as the protest remains peaceful, Canadians have a right to vent their frustrations.”

Topp broke off his walk and traveled to Ottawa to attend the meeting, which took place in a government building near Parliament Hill. Topp said he invited all MPs to attend, but only around 20 – all Tories – made it. A spokeswoman for interim Conservative leader Candice Bergen said her office was aware of the event but did not help organize it.