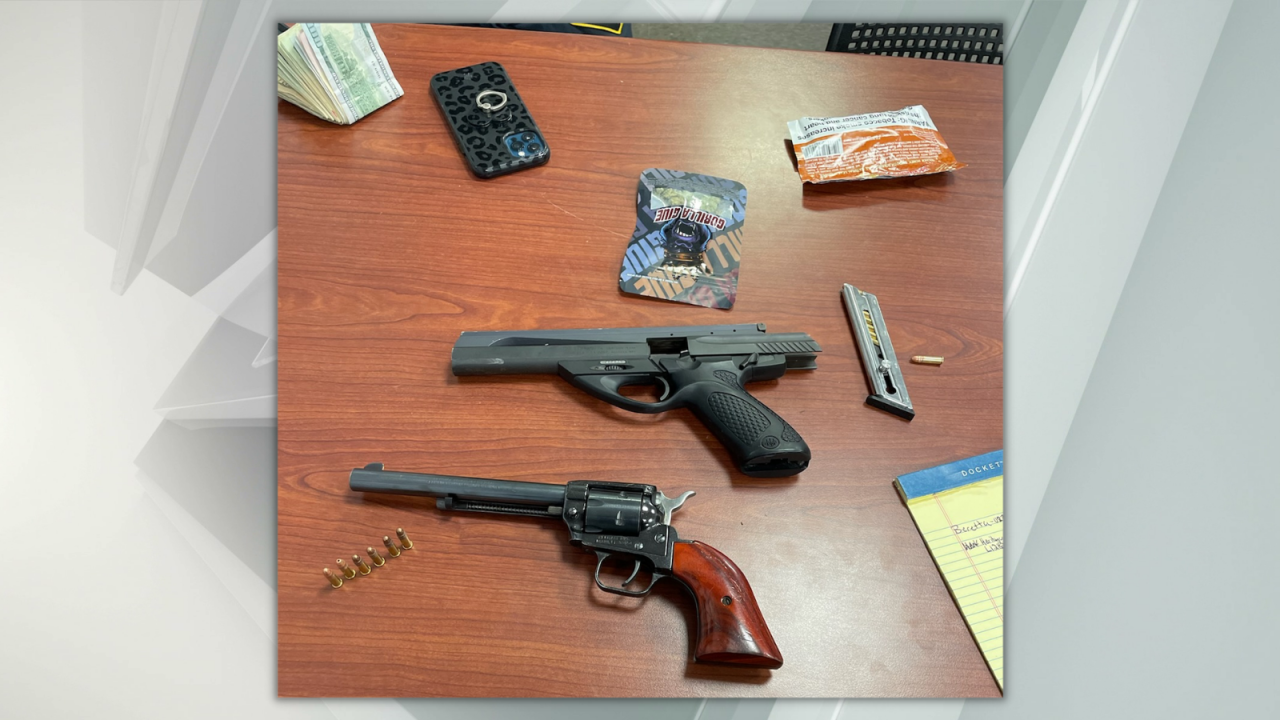 The trio was stopped by police around 2:17 am on Institute Street in Jamestown for driving with no headlights. The driver, Erin L. Olmstead, 41, was behind the wheel drunk and charged with aggravated DWI, alcohol open container and operating without headlights, according to JPD.

Officers spotted a handgun on the floor in the backseat of the vehicle. An investigation revealed that the weapon was loaded, and a second loaded handgun was found on the front seat passenger.

The two passengers, Joel Coleman Jr, 20, of Jamestown, and Allen C. Jackson, 23, of Buffalo, were charged with second-degree felony criminal possession of a weapon.

Olmstead was processed and released from custody, Coleman and Jackson are behind bars waiting for arraignment.

Patrick Ryan is a digital producer who has been part of the News 4 team since 2020. See more of his work here.