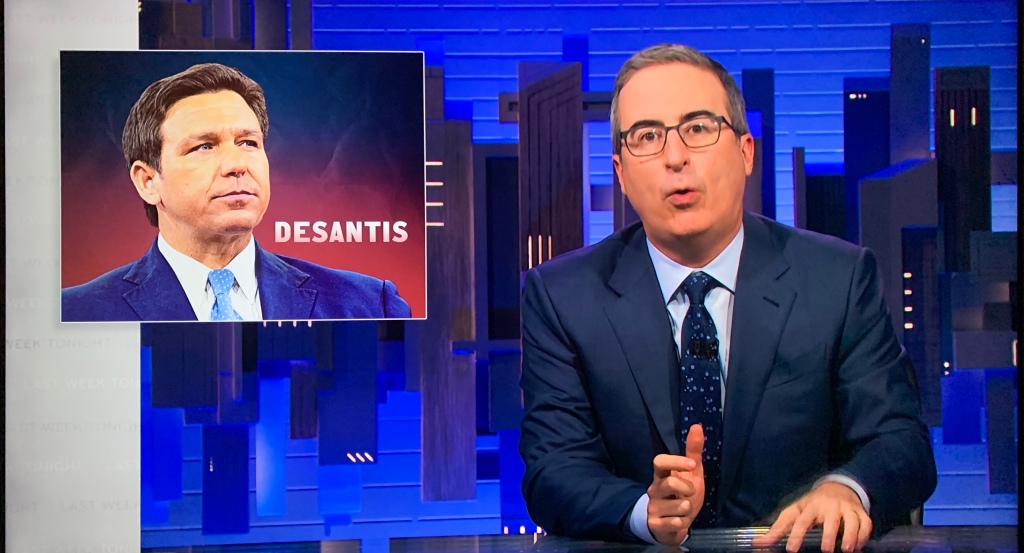 On Last week tonight with John Oliver the host explains why restricting Disney World’s self-sustaining capabilities will hurt the state of Florida in the long run.

Last week, the Florida state senate voted to strip The Walt Disney Co.. of a 55-year-old special district that allowed Walt Disney World to largely manage its theme park property. The Reedy Creek Improvement District allows for this autonomy as they provide fire and EMS services to the property. However, Oliver mentions that they are missing one thing.

“Disney provides essential services except for a morgue. Why? Because no one has ever died at Disney and no one will ever die at Disney,” he exclaims.

The state governor, Ron DeSantis, asked lawmakers to take the plunge after Disney announced its opposition to the state’s recently passed parental rights bill, which opponents have dubbed “don’t say gay.” Republicans in the House are also expected to endorse the move. It would enter into force on June 1, 2023.

DeSantis didn’t think about this one because, according to Oliver, stripping Disney might violate Florida state law, which requires the county to assume a district’s debt when it’s dissolved. Orange and Osceola counties, where Disney is located, would inherit more than $1 billion in debt.

In response to this, the governor tells the citizens “don’t worry”, but of course this is concerning. “There’s nothing more immediately off-putting than someone starting a sentence with ‘don’t worry.’ He [DeSantis] looks like a fraternity boy trying to reason with the cops after a noise complaint. “

“Of course not,” Oliver said. He continues: “Do I think it’s bad if Disney pays more taxes? No, that would be a good thing. I hate that this isn’t happening because of meaningful tax reform, but because of some right-wing dipsh*t that’s scared of gay people and doesn’t understand the first amendment.