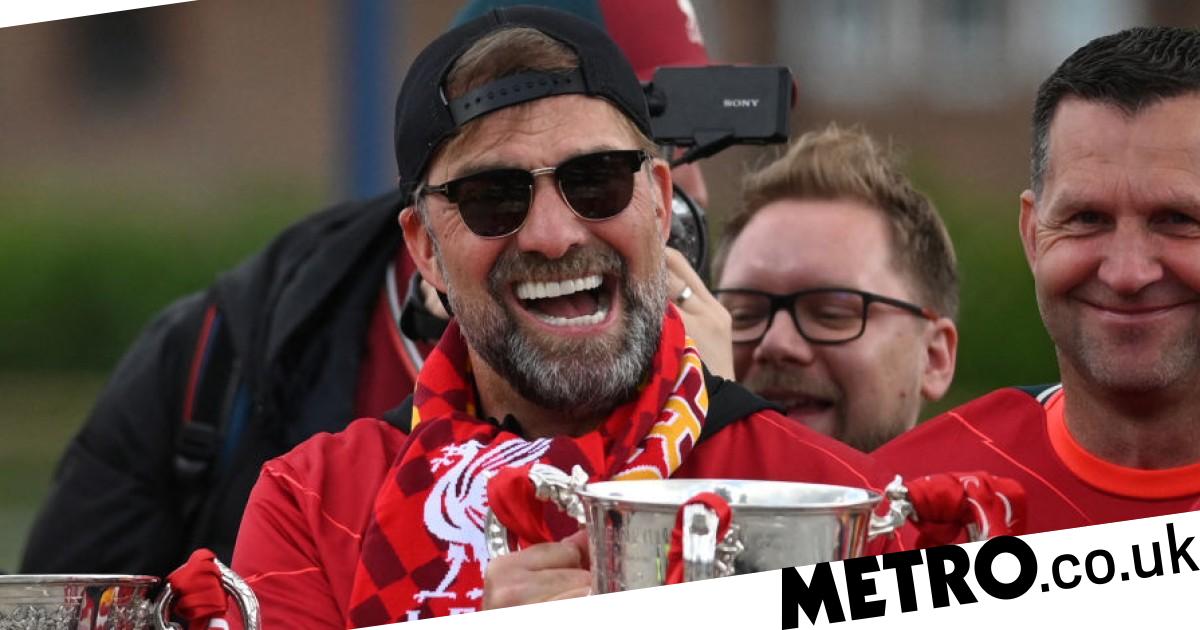 Jurgen Klopp became deeply emotional during the bus parade after the Champions League final, saluting the thousands of Liverpool fans who showed up despite the painful defeat and heartbreaking scenes in Paris on Saturday night.

The Reds were beaten 1-0 by Real Madrid at the Stade de France, while the situation was even worse outside the stadium as fans were barred from entering for hours before the match, treated brutally by the police and then undefended by those same police after the match as a wave of assaults occurred.

Despite the abysmal trip to Paris for many, the team were greeted by huge crowds on Sunday as they paraded the FA Cup and Coupe de la Ligue trophies won this season.

Klopp was moved by the attendance of the Reds fans and thanked them for their efforts with emotion.

“Without a shadow of a doubt, no club in the world – this world – lost the Champions League final the night before and people come here in the shape they are, in the mood that they are. “They have. Absolutely outstanding,” Klopp said on Sunday during the parade.

“It’s the best club in the world – I don’t care what other people think!”

“I wasn’t sure what we could expect. We’ve talked about it before, “What do we do?” You have to plan for things like that. You can’t just decide to have a parade. But I was hoping we would find something like this, it’s absolutely amazing.

“It’s the biggest sign you can give to the world. Yes, we’ve won two competitions, great, but we haven’t won the last two – and these people don’t forget that, they know exactly what change the boys put together. Absolutely amazing. It’s such a boost for whatever is to come. Amazing.’

Specifically on what Reds fans have faced from French authorities and police, Klopp added: “I’m proud of the players but I’m proud of these people, to be honest.” Unbelievable. Yesterday in the stadium things happened that no one understood, our families were in trouble, all those sorts of things.

“Now we come here and see this, when you see people’s eyes it’s amazing. I love you all!

“And I’m not drunk, not a little, just emotional!”