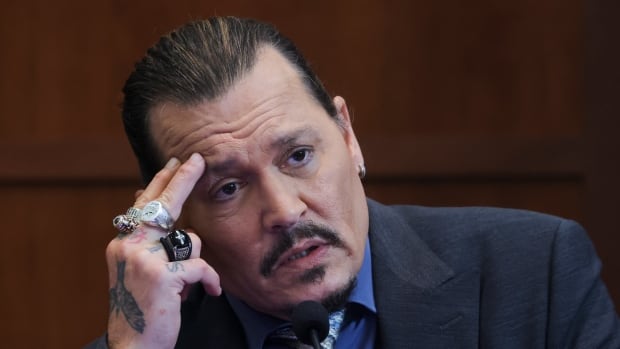 After a six-week trial in which Johnny Depp and Amber Heard recounted the nasty details of their short marriage, both parties told a jury the exact same thing on Friday — they want their lives back.

Heard ‘ruined her life by falsely telling the world that she was a survivor of domestic violence at the hands of Mr. Depp,’ Depp attorney Camille Vasquez told the jury during closing arguments in her defamation lawsuit against his ex-wife.

Heard’s lawyers, meanwhile, say Depp ruined Heard’s life by launching a smear campaign against her when she divorced him and publicly accused him of assault in 2016.

“In Mr. Depp’s world, you don’t leave Mr. Depp,” said Heard’s attorney, J. Benjamin Rottenborn. “If you do, he will launch a worldwide campaign of humiliation against you.”

Depp hopes the trial will help restore his reputation, even if it has turned into a vicious wedding spectacle, with broadcast cameras in the courtroom capturing every twist for an increasingly delighted audience as fans weighed in on social media and lined up overnight for courtroom seats.

“This case for Mr. Depp was never about the money,” Depp’s attorney Benjamin Chew said. “It’s about Mr. Depp’s reputation and his release from the prison he’s lived in for six years.”

Depp is suing Heard for US$50 million in Fairfax County Circuit Court in Virginia over a December 2018 op-ed she wrote in The Washington Post describing herself as “a public figure representing domestic violence.” Although the article does not mention Depp’s name, his lawyers say he was defamed by it because of Heard’s previous public allegations against him.

Heard filed a US$100 million counterclaim against Depp after his lawyer called his allegations a hoax.

Although the counterclaim received less attention at trial, Heard’s attorney, Elaine Bredehoft, said it offered the jury a way to compensate Heard for the abuse Depp inflicted on her even after they split. by orchestrating a smear campaign.

“We’re asking you to finally hold this man accountable,” she told the jury. “He never accepted responsibility for anything in his life.”

The seven-person civil jury began deliberations at 3 p.m. local time Friday and wrapped up the day about two hours later. They will resume on Tuesday.

Depp says he never hit Heard and that she made up the abuse allegations to gain an advantage in the divorce proceedings. He said he was often physically assaulted by Heard.

“There’s an assailant in this courtroom, but it’s not Mr. Depp,” Vasquez said.

During the trial, Heard testified to more than a dozen episodes of physical and sexual assaults that she claims Depp inflicted on her. On Thursday, Heard told jurors that a campaign of harassment against her by Depp had left her humiliated and scared for her life due to multiple death threats, and said she just wanted “Johnny to leave me alone. “.

Vasquez, in her conclusion, noted that Heard had to revise her testimony about the first time she said she was hit. Heard said Depp hit her after she inadvertently mocked one of his tattoos. Heard first said it happened in 2013 – after a fairy tale year of dating and romance – but later corrected herself to say it happened in 2012, very early in their relationship .

“Now in this courtroom she has suddenly erased an entire year of magic,” Vasquez said.

Jurors saw several photos of Heard with marks and bruises on her face, but some photos show only mild redness, and others show more severe bruising.

Vasquez accused Heard of doctoring the photos and said evidence that Heard had embellished some of his wounds is proof that all of his abuse allegations are baseless.

“Either you believe all of this or none of this,” she said. “Either she is the victim of horrible and ugly abuse, or she is a woman who is ready to say absolutely anything.”

In Heard’s conclusion, Rottenborn said critics of Heard’s abuse evidence ignored the fact that there was overwhelming evidence in her name and sent a dangerous message to victims of domestic violence.

And he rejected Vasquez’s suggestion that if the jury thinks Heard might embellish a single act of abuse, they should ignore everything she says. He said Depp’s defamation suit must fail if Heard suffers even one incident of abuse.

“They’re trying to make you think Amber has to be perfect to win,” Rottenborn said.

When the jury deliberates, they will need to focus not only on whether there was abuse, but also on whether Heard’s opinion piece can be considered legally defamatory. The article itself focuses primarily on the political issues of domestic violence, but Depp’s attorney points to two passages from the article, as well as an online headline that they claim defames Depp.

In the first passage, Heard writes that “two years ago I became a public figure representing domestic violence, and felt the full force of our culture’s anger.” Depp’s lawyers call it a clear reference to Depp, given that Heard publicly accused Depp of domestic violence in 2016 – two years before she wrote the article.

In a second passage, she says, “I had the rare vantage point of seeing, in real time, how institutions protect men accused of abuse.”

The online title reads “Amber Heard: I spoke out against sexual violence and faced the wrath of our culture”.

“She didn’t mention her name. She didn’t have to,” Chew said. “Everyone knew exactly who and what Ms. Heard was talking about.”

Heard’s lawyers said Heard could not be held responsible for the headline because she did not write it, and that the two passages in the article were not about the abuse allegations themselves, but about how the Heard’s life had changed after she made them.

Rottenborn told jurors that while they tended to believe Depp’s claim that he never abused Heard, he still couldn’t win his case because Heard had the right to weigh in on the issues for debate. public under the First Amendment.

Support is available for anyone who has been abused or assaulted. You can access crisis lines and local support services through the Canadian Association for the Elimination of Violence Database. The Canadian Women’s Foundation Help signal is a silent one-handed gesture to use in a video call to indicate that you are at risk of violence in the home. If you are in immediate danger or fear for your safety or the safety of those around you, please call 911.