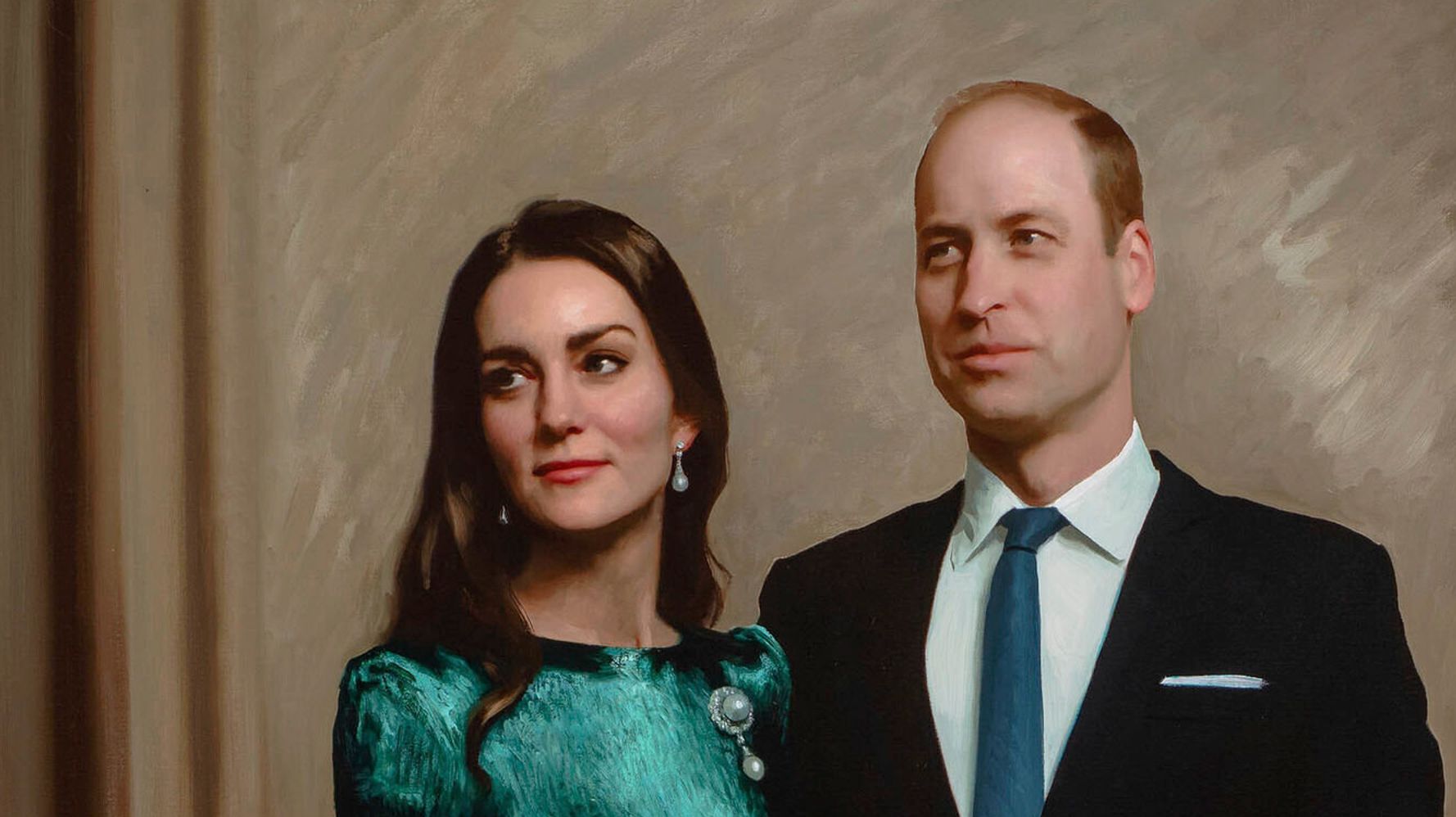 Kate Middleton and Prince William hit a big first on their list this week, viewing their first-ever official joint portrait.

The Duke and Duchess of Cambridge, who have been married for 11 years and together for two decades, traveled to Cambridgeshire on Thursday where they were able to view the painting.

The portrait, painted by Jamie Coreth and commissioned by the Cambridgeshire Royal Portrait Fund, currently resides in the Fitzwilliam Museum at the University of Cambridge. Coreth said on his Instagram account that it was “a surreal and extraordinary experience” to see the portrait unveiled.

“It was the most extraordinary privilege of my life to have been chosen to paint this picture,” he added.

In the painting, the Duke of Cambridge wears a suit with a light blue tie, while the Duchess dons a dress by British brand The Vampire’s Wife.

The iridescent emerald metallic chiffon dress, called ‘The Falconetti’, sells for £1,595.00. Kate previously wore the dress in March 2020, and it made headlines for its resemblance to one of Princess Beatrice’s favorite dresses, called ‘The Veneration Dress, also from the brand.

The Cambridges posted a photo of onlookers looking at the portrait.

Delighted to see this new portrait unveiled at @fitzmuseum_uk in Cambridge today! they wrote.

Coreth, in a statement shared with HuffPost, explained how he was looking to portray the royal couple in their first official portrait.

“I wanted to show Their Royal Highnesses in a way where they seemed both relaxed and approachable, as well as elegant and dignified,” he said.

“As this is the first portrait to depict them together, and specifically during their tenure as Duke and Duchess of Cambridge, I wanted the image to evoke a sense of balance between their public and private lives,” added the artist. “The piece was commissioned as a gift for the people of Cambridgeshire, and I hope they enjoy it as much as I enjoyed creating it.”