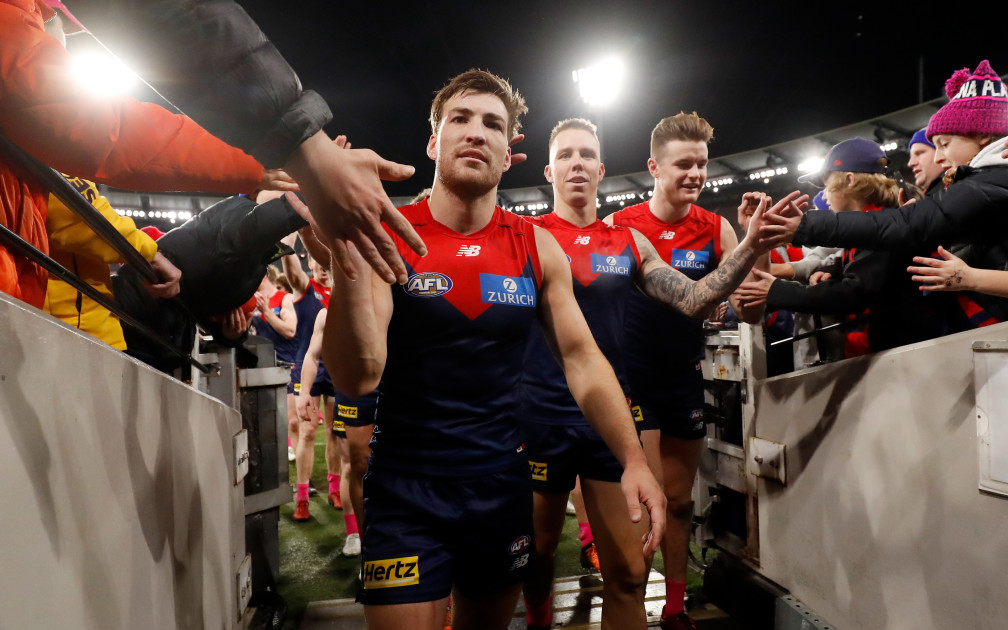 David King believes Melbourne made a statement on Thursday night in their 64-point win over preliminary standings leader Brisbane.

After three straight defeats, the Demons had to react and they did, brutalizing Brisbane after the quarter from 14.17 to 4.7.

King thinks it’s the best Melbourne has seen this year.

“He’s the best I’ve seen play in Melbourne for a while. We’ve talked a lot about them this year coasting 70 per cent but when they went down 10-0 then they hit a huge bump said Prime Minister Roo. SEN breakfast.

“Teams come for them, everyone analyzes what they’re doing, teams play against them in different ways, they’ve had all kinds of challenges this year.

“I think they got to the goodbye and got together and said, ‘Okay, what are we doing here, let’s get back to our absolute best. Let’s chase the ball, put the opposition under pressure they can’t handle,’ and last night, once they hit their absolute max, everything else fell into place.

“When you see Jack Viney setting the standard like he did in that first half… I haven’t seen a half as brutal as this in a long time,” he said.

“They were something like +30 foot contested in one half. It’s just ridiculous. You don’t see that against the top four contenders.

“It was Viney, it was Clayton Oliver. I made the comment on Wednesday night that I thought Jeremy Cameron was the best player in the competition and as soon as I said I had 10 people who gave me tweeted “and Oliver?”.

“And a few hours later he does this and you think wow, this guy gets better every time you see him.”

What if the Dees continued to play at the level we saw on Thursday night?

“I’m not sure you can (sustain that level) long term, but it was just brutal.”

Kane Cornes agreed, adding, “If they play like that, good luck to everyone.”

“That’s sort of the idea most of us have had this year, but the last three weeks have made it interesting.

“If you get them on a bad day then there’s an opportunity to beat them, but if they play like that, with that ferocity… and I was nervous at first there were warning signs when Bayley Fritsch runs into an open goal and ignores medalist Norm Smith for the easiest walk-in goal and gets tackled from behind.

“They started slowly, so to be able to regroup after a shaky start was really impressive.

“It’s a good call. He sets standards… only certain players in the competition can reach that level,” he replied.

Melbourne travel to South Australia to take on Adelaide next weekend – a side that beat them last year.