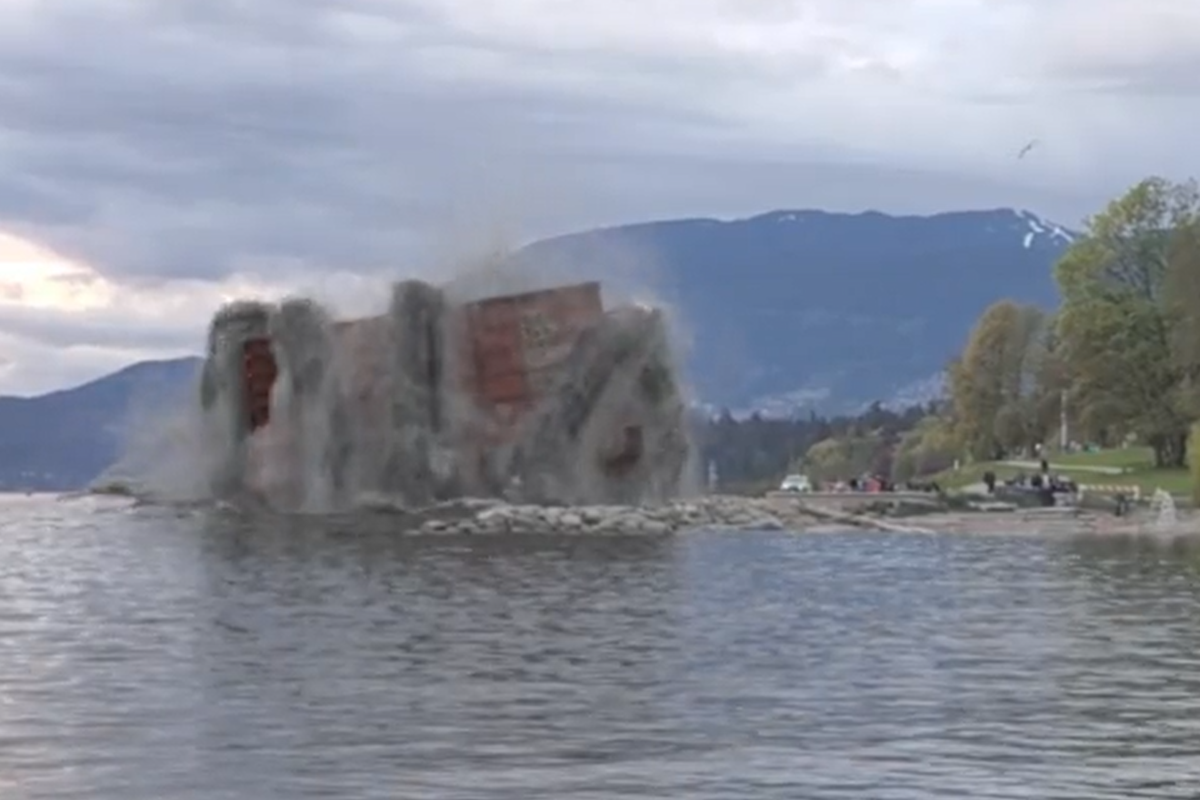 The English Bay Barge has been sitting on Sunset Beach for over six months, catching the world’s attention.

It seems that the news has even reached the depths.

In a clip uploaded by Reddit user nalvfx, a kraken (or maybe a squid or an octopus? We’re not marine biologists) comes out of the depths to pull out the huge barge (aka SMT-5000) . Tentacles come out from under the barge, wrap around the red walls, and pull it out to sea and down, as if it’s being dragged into some sort of abyss in the middle of English Bay.

Barge fans need not worry, however. Nalvfx is a special effects artist living in Vancouver.

“I work as an effects artist. This was done with Houdini and Nuke,” nalvfx wrote in a Reddit comment.

It seems like people are having fun with houseboat clips these days; A few weeks ago someone made a BBC-style nature documentary clip about the lone godwit.