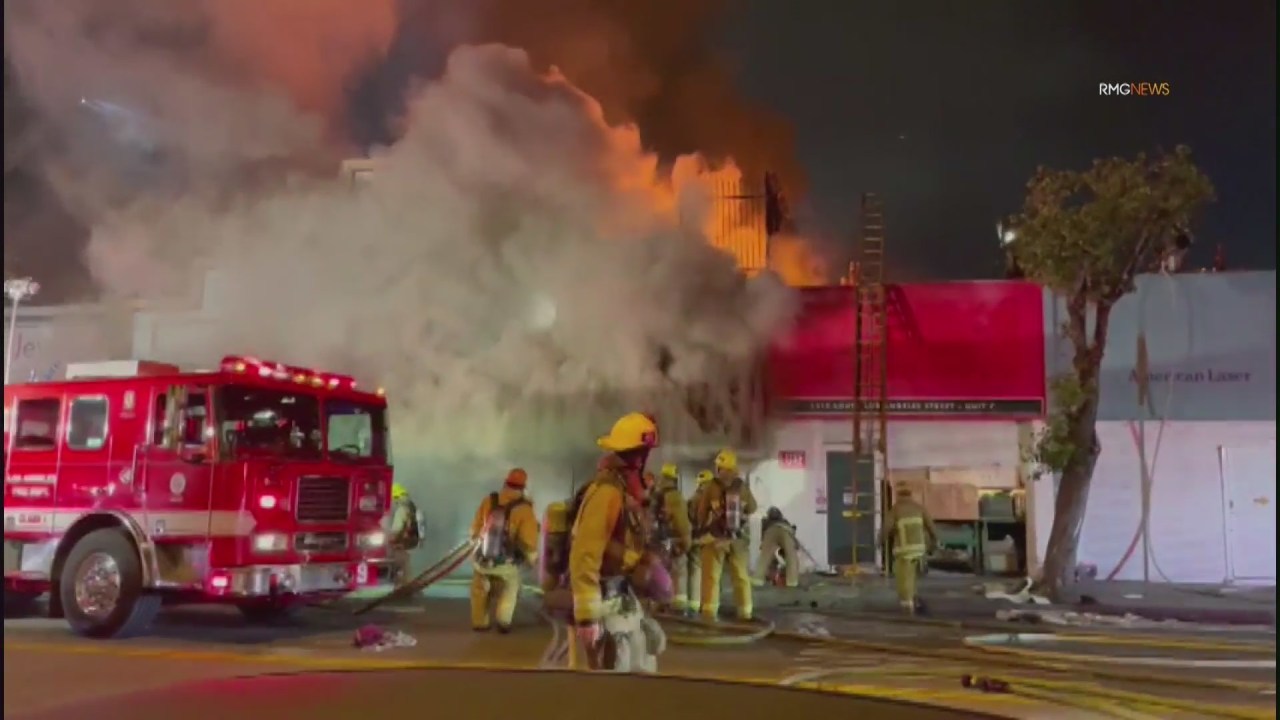 A textile business in a two-story building in downtown Los Angeles was destroyed by an early morning fire on Sunday.

Los Angeles firefighters found heavy fire and smoke coming from a two-story building that was part of a row of connected businesses.

The fire burned hot and heavy through the textiles stacked and wrapped in the business. The flames eventually spread to the roof and caused a partial collapse, firefighters said.

Due to the partial roof collapse and the aggressive fire burning inside, firefighters adopted a defensive strategy to prevent the fire from spreading to adjacent businesses.

Firefighters put water on the fire from afar and eventually managed to push the flames back so crews could reenter the building.

The fire continued to ravage the building and made conditions difficult for the more than 130 firefighters on site.

After more than 2 hours and 40 minutes, the firefighters managed to extinguish the fire. The two nearby businesses were saved from the fire, LAFD said.

No injuries were reported and the cause is being investigated.