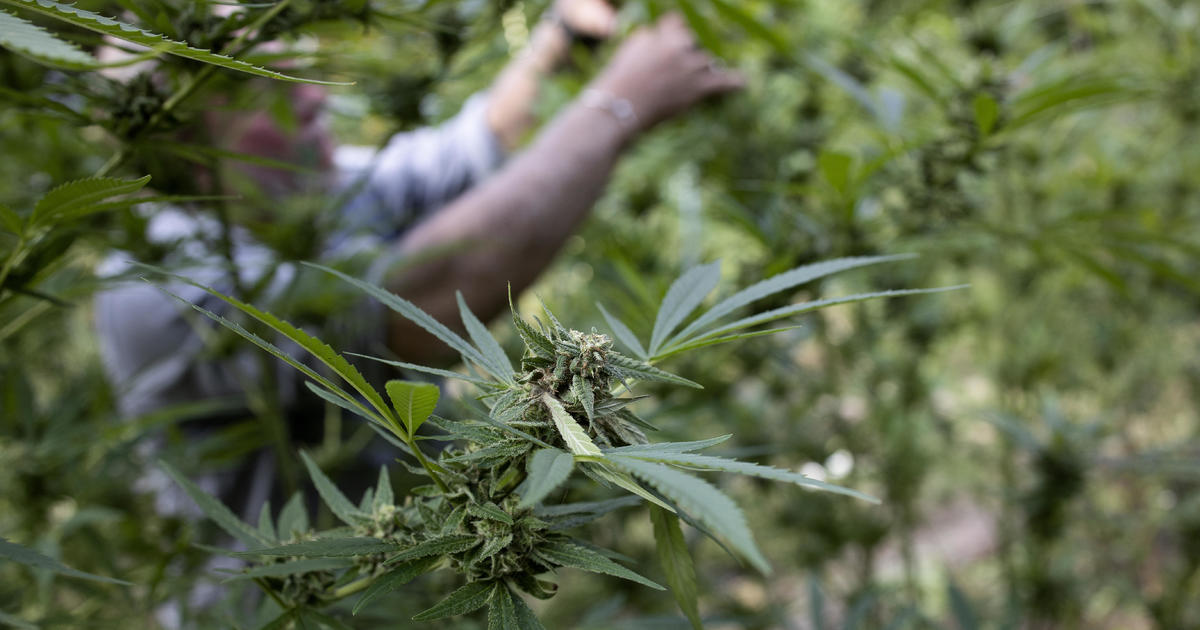 Representatives Andy Harris, Republican of Maryland, and Earl Blumenauer, Democrat of Oregon, agree on little related to the legalization of marijuana. Harris opposes it for recreational use and also thinks that as a medicine, it should be scaled back. Blumenauer is pushing for pot to be decriminalized.

But the two agree on this — that researchers simply don’t have enough access to more potent, high-quality weed, and more producers should be able to grow pot for research.

Their bill that passed the House Monday — after being introduced in several Congresses before — would ease the way for producers at a time when more states are looking at decriminalizing marijuana. The House last week passed a bill to legalize marijuana, although its fate in the Senate is more uncertain.

Currently, researchers at universities and government agencies can’t just walk to a street corner or park to pick up some weed for their studies because it’s still an illegal substance regulated by the Drug Enforcement Administration. For years, the DEA has stipulated that researchers can only use marijuana from a single government site, which is located at the University of Mississippi.

The university maintains what it calls a “secure plot of land,” where marijuana groups are grown in cooperation with the National Institute on Drug Abuse. But the pot grown there often has significantly lower THC levels than what’s typically sold on the streets, and since there’s just one government-approved producer in the US, researchers are often hampered by red tape and supply issues.

The Medical Marijuana Research Act from Blumenauer and Harris would allow more producers to apply to qualify as research growers, expanding the potency and variety of marijuana researchers can access. The bill would also make it easier for researchers to apply and be approved to study pot, as well as set timelines for federal agencies to take action on their applications.

“While Mr. Blumenauer and I hold very different views on what good research will yield to inform healthcare providers and policymakers, we have worked together to champion this effort for years – because far too much of the mainstream discussion on marijuana, from both sides, is based on anecdotal evidence, not on rigorous and reliable empirical data or studies,” Harris said in a statement to CBS News. “I am very optimistic that we will get this legislation over the finish line so that we can finally cut through the red tape and encourage quality research on the real-world health effects of marijuana.”

Harris, a doctor, is opposed to recreational marijuana, and he has concerns about his medical use because he believes the benefits are potentially overstated and not necessarily grounded in science. Blumenauer has been working on marijuana policy for decades, and believes pot can be used to help children with epilepsy, veterans with PTSD, cancer patients and many more groups of people. They might not agree on much, but both congressmen agree good, empirical research is needed to provide Americans more accurate information about the effects of pot.

When their teams began to speak to researchers years ago, researchers raised the same obstacles — the process to register to study weed is burdensome; the supply is limited and homogeneous; and logistical issues mean the pot can arrive late or in poor condition, sometimes even moldy.

So, for the last several Congresses, Harris and Blumenauer have led the charge to pass legislation and get it to the president’s desk. This time, they’re optimistic it’ll work. A similar bill passed the Senate last month.

The bill’s proponents hope to have conversations with their Senate counterparts and reconcile the two bills. And then they hope to get legislation to the president’s desk before the end of the current fiscal year.

“The cannabis laws in this country are broken, including those that deal with the medical research of marijuana,” Blumenauer said when the bill passed the House Monday. “America’s growing cannabis industry operates without the benefit of a robust research program. Instead, we are outsourcing research to Israel, the United Kingdom, and Canada to our detriment.”

“One example of this policy failure is our inability to effectively test for cannabis impairment,” he continued. “Employees are failing drug tests, not because they are impaired, but because they used recreational or medical cannabis sometime in the last month. This is just one symptom of our shortsighted, illogical, and destructive set of policies. I am prepared to work with my friends in the Senate to reconcile differences between this legislation and the Senate-passed Cannabidiol and Marihuana Research Expansion Act.”

Kathryn Watson is a political reporter for CBS News Digital based in Washington, DC