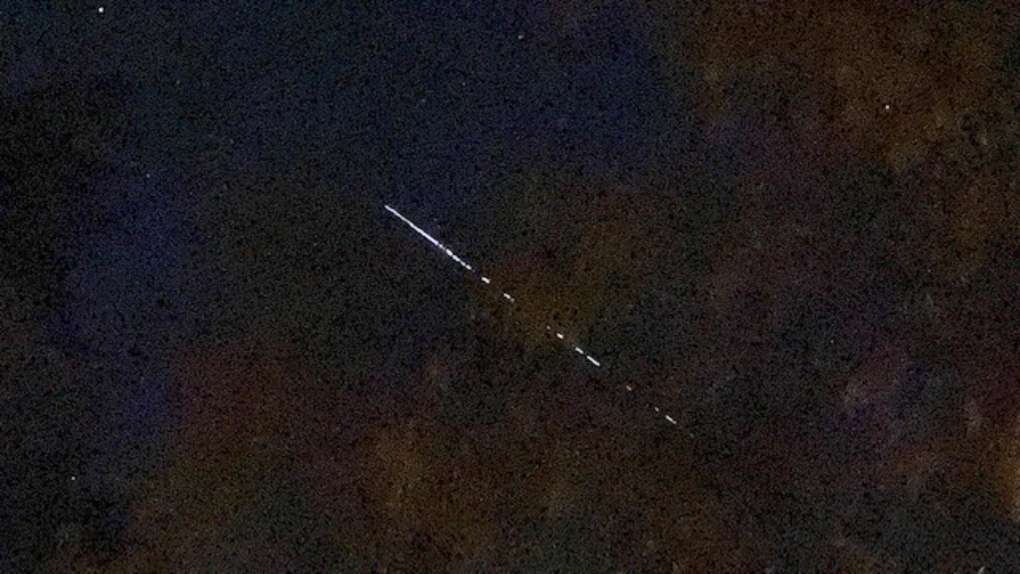 Hyunki Shin and his wife were camping in Porteau Cove Provincial Park on Saturday night when they saw an unusual sight in the night sky.

Around 10:30 p.m., several bright lights appeared in a line, moving west to east across the sky.

It wasn’t a trail, like a comet or a meteorite, but rather a train of lights.

“It was like so many bright meteorites flying in quick succession,” Shin said, adding that it was an “incredible experience.”

Shin was one of many viewers to contact CTV News with photos and videos of the phenomenon, with some speculating about the deployment of SpaceX’s Starlink satellites.

Devices launched by satellite internet service have been visible from Vancouver in the past.

In early May 2021, the US National Weather Service in Seattle confirmed that a string of bright lights visible in the sky was linked to a recent Starlink launch.

While no similar confirmation was issued for Saturday’s lights, a post on SpaceX’s website says the company launched 53 Starlink satellites from Florida on Friday night.

An online tracker suggests the company’s satellites were visible from Vancouver around 10:30 p.m. Saturday.

“SpaceX is launching 60 satellites at a time and they’re slowly moving to their intended location,” Boley said at the time.

“As they rise, they are quite low and visible to ground-based skywatchers.”