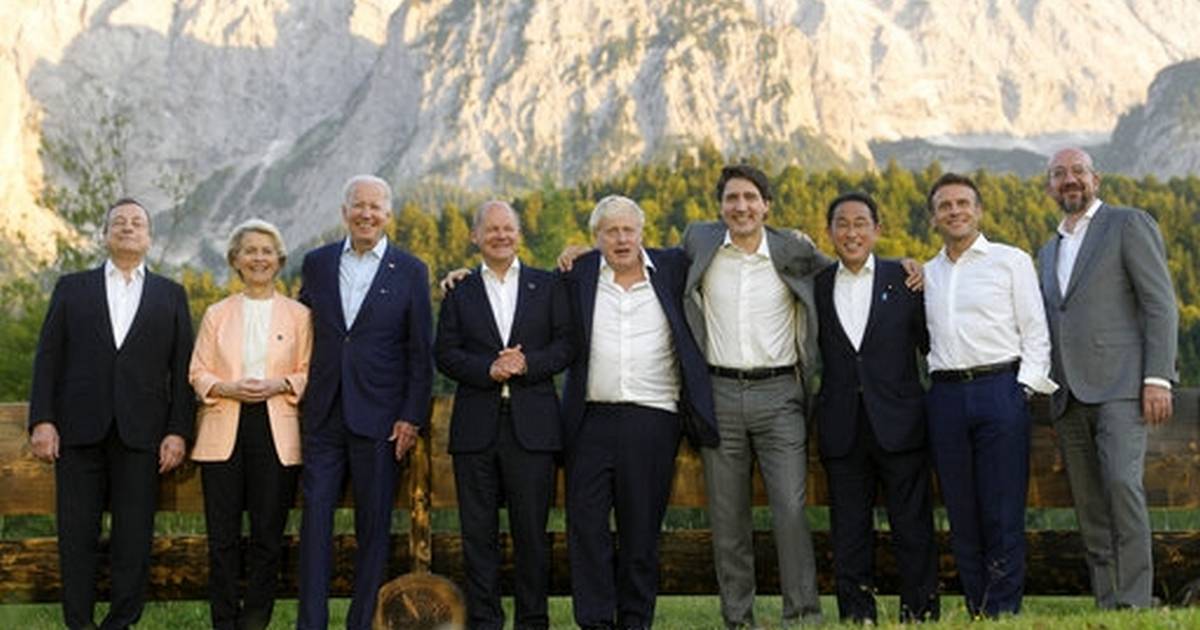 ELMAU, Germany — The latest from the G-7 Summit, the annual meeting of the major democratic economies, being held this year in Germany’s Bavarian Alps:

US President Joe Biden has said the United States and other major Group of Seven economies intend to announce a ban on gold imports from Russia.

They hope that this measure will further isolate Russia economically following its invasion of Ukraine.

Biden announced the step Sunday at the start of the annual G-7 summit, which this year is being held in Germany.

Senior Biden administration officials have said gold is Moscow’s second-biggest export after energy, and banning imports would make it harder for Russia to participate in global markets.

Biden’s Twitter feed said Russia is “raking in tens of billions of dollars” from the sale of its gold, its second-biggest export after energy.

Britain says gold exports were worth around $15.5 billion to the Russian economy in 2021 and that the value of gold to Russia’s elite has risen since the start of the war, as wealthy Russians seek to circumvent Western sanctions.

British Prime Minister Boris Johnson said a ban by G-7 countries on Russian gold would “directly hit the Russian oligarchs and strike at the heart of Putin’s war machine”.

– US President Joe Biden has arrived in the German Bavarian Alps for the annual G-7 meeting.

Germany wants countries to come together in a “climate club” to fight global warming.

German Chancellor Olaf Scholz will advance his plan at this year’s G-7 summit, which he is hosting from Sunday.

The idea of ​​the “climate club” was first floated by Yale economist William Nordhaus, who said the voluntary nature of existing climate agreements had not brought enough progress.

Club members would agree on ambitious emissions targets and exempt each other from climate-related trade tariffs.

Experts say success depends on getting a critical mass of countries on board that would include the major economies of Europe, North America and Asia.

This could pressure major polluters in the developing world, such as China and India, to step up their efforts or see their exports hit with tariffs.

US President Joe Biden has arrived in Germany’s Bavarian Alps for the annual meeting of major democratic economies, with the war in Ukraine and its aftermath taking center stage.

Biden and his Group of Seven allies are planning talks on how to secure energy supplies and fight inflation amid the Russian invasion.

The G-7 summit is also meant to ensure that the global coalition working to punish the Kremlin for the four-month war holds firm.

Biden was due to begin his visit on Sunday with a bilateral meeting with summit host German Chancellor Olaf Scholz.

In the afternoon, Biden was scheduled to meet in formal and informal settings with the leaders of Britain, Canada, France, Germany, Italy, Japan and the European Union.