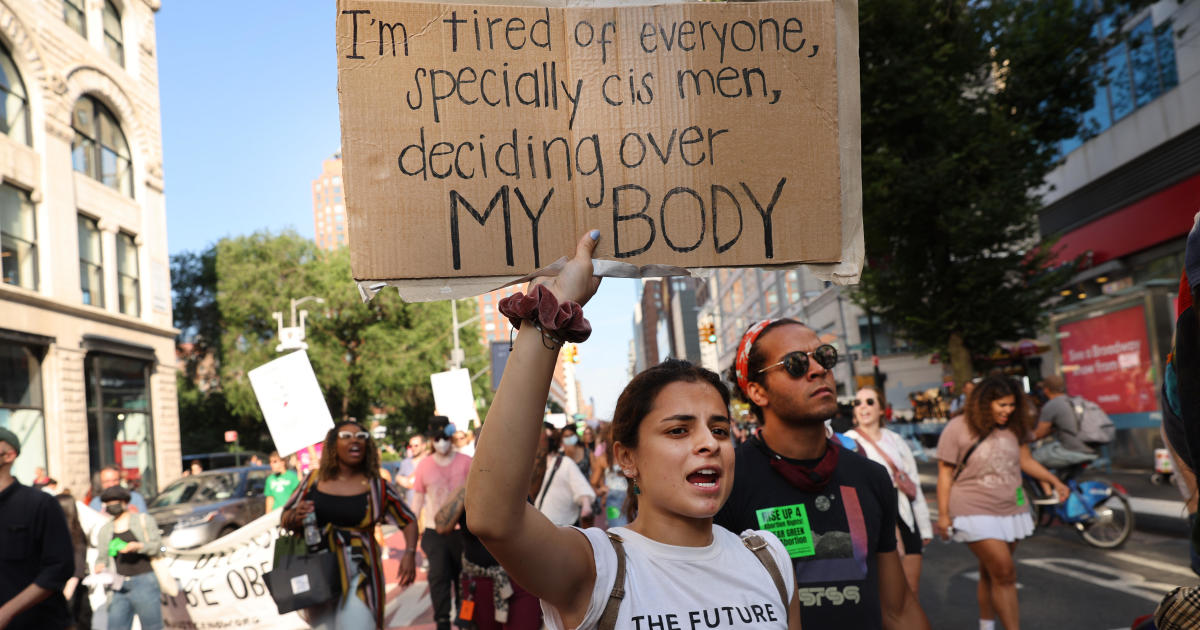 “It’s repugnant on every level. To think that the Supreme Court is saying there’s absolutely no constitutional right to abortion, something we’ve had in our state since 1970, in our country since 1973, Roe C. Wade So it’s reversing the tides of time and progress.

“It’s frustrating, but this is New York. We’re going to stand up. We’re going to fight back, just like we did when news of this case broke months ago, that this could actually happen in our country.

“We are now requiring insurance companies to cover abortion services. I have added $35 million to our state budget to ensure we have the resources to expand services. Because New York, with the Statue of Liberty standing in our harbor, will always be a safe harbor – a place for women seeking freedom – the freedom to control their own bodies – to come to our state, New York.

“And also, this Supreme Court a day ago said to states, to heads of state like me, that I don’t have total control over who should be able to carry a gun in a place like this- But this same Supreme Court has no problem depriving a woman of the right to control her body and allowing states to regulate her decisions. plus abortion, and that’s what the Supreme Court has allowed them to do, you’re going to end up with government-mandated pregnancies how do you square that with the removal of capacity that they just did yesterday with the gun holster for states to protect our citizens.

“Elections have consequences. There are three Supreme Court justices who are here following an election in 2016. Let that be a message to voters around the world. That’s what happens when the extremism is taking over not only our country – it has infiltrated the Supreme Court of the United States of America We are losing our ability to protect our citizens from gun violence, and as women we are losing the right to take a decision – a very personal decision, concerning our own body.”

Hochul touted his “preventive measures” ahead of the ruling.

“Over the past two weeks I’ve signed a huge package of bills, not only the money we allocated, but also said we were going to protect and give immunity to abortion providers here in the state. of New York because they are at risk of lawsuits in other states where they provide a personal right to the individual to bring a personal right of action. So we have taken these steps. And we will continue to find other ways to protect women’s rights that are sacred in New York. , women’s rights will never be compromised under my leadership in this state, you can count on it. But our sisters across this country who have been stripped of a right and we know that they will find sanctuary, sanctuary here in our state, and our suppliers are ready, will take care of it. But indeed, it is a day that will go down in history, the day when women will no longer have the responsibility of making a stupid decision figuring out their own reproductive freedom This, my friends, is a very, very dark day. Thank you all.