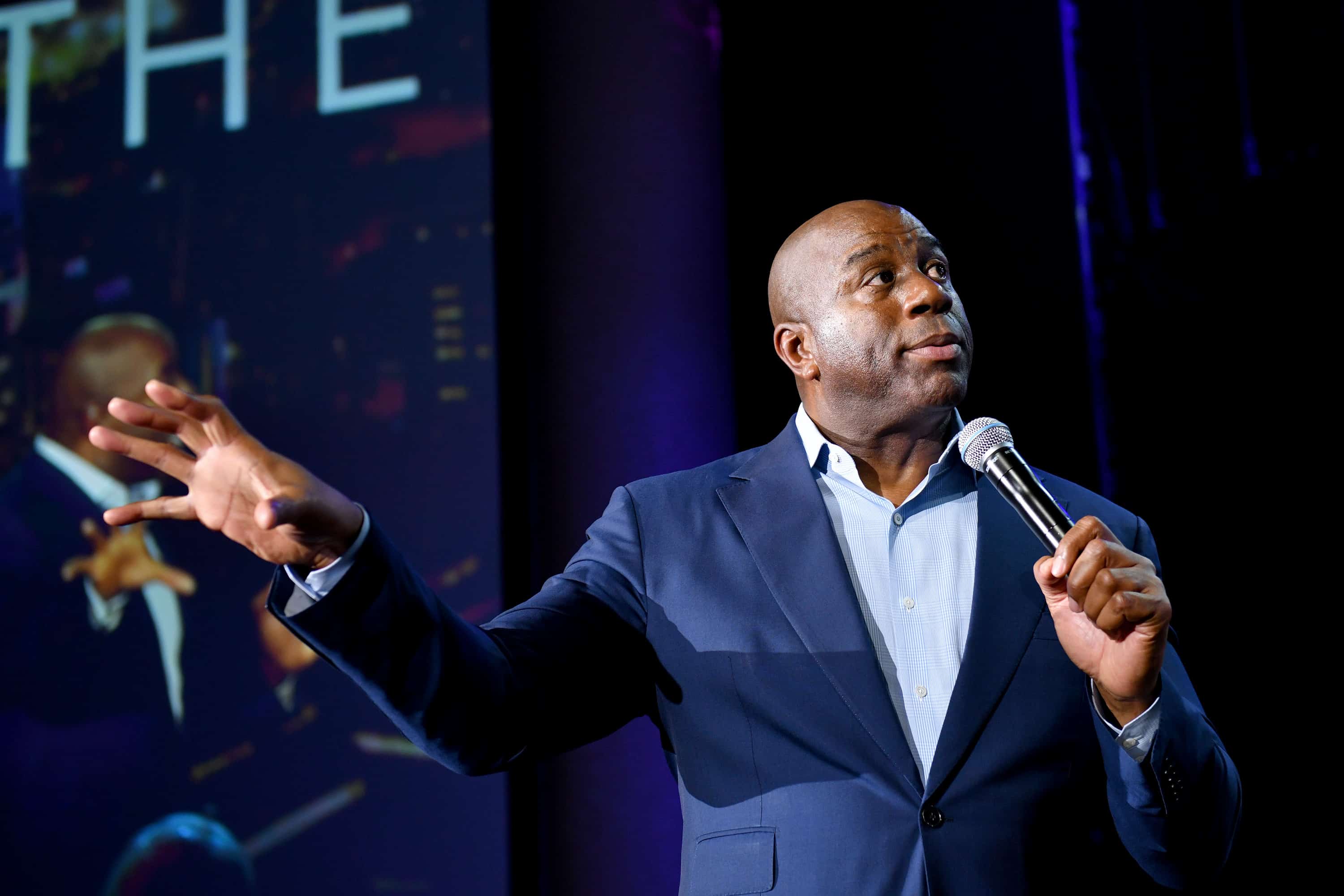 Magic Johnson visited the women of View and talked about his recently released docuseries, “They Call Me Magic.” The project shines a light on his life and includes footage related to the discovery of his HIV status in 1991. While speaking, he thanked Dr. Fauci and Dr. Ho for helping him through his HIV diagnosis.

First, let me thank Dr. Fauci, Dr. Ho; they both really helped me to be here. They helped me understand that I needed to take my meds, to be comfortable with my new status, to make sure I kept a positive attitude and to keep training, and that’s what I have done. Here I am 30 years later.

He also praised his wife, 30, Cookie Johnson, and mentioned the support of other family members and the Lakers basketball team.

The 62-year-old went on to say he wanted to educate people about the virus as it was prominent in black and brown communities at that time.

That was it, for me to heal, also for me to help people, especially in the black and brown community, because it was happening fast in our community at that time. We have lowered the numbers. I became the face, and I’m happy about it.

He also explained why he chose to film the docuseries.

Michael Jordan did Last Dance, and I was on his amazing documentary series, and just the last episode, my phone started ringing a lot: ‘It’s your turn now. When are you going to make yours? “said the former Lakers point guard.”[I] in partnership with Apple TV plus, and here I’m doing the doc.

Roommates, what do you think?