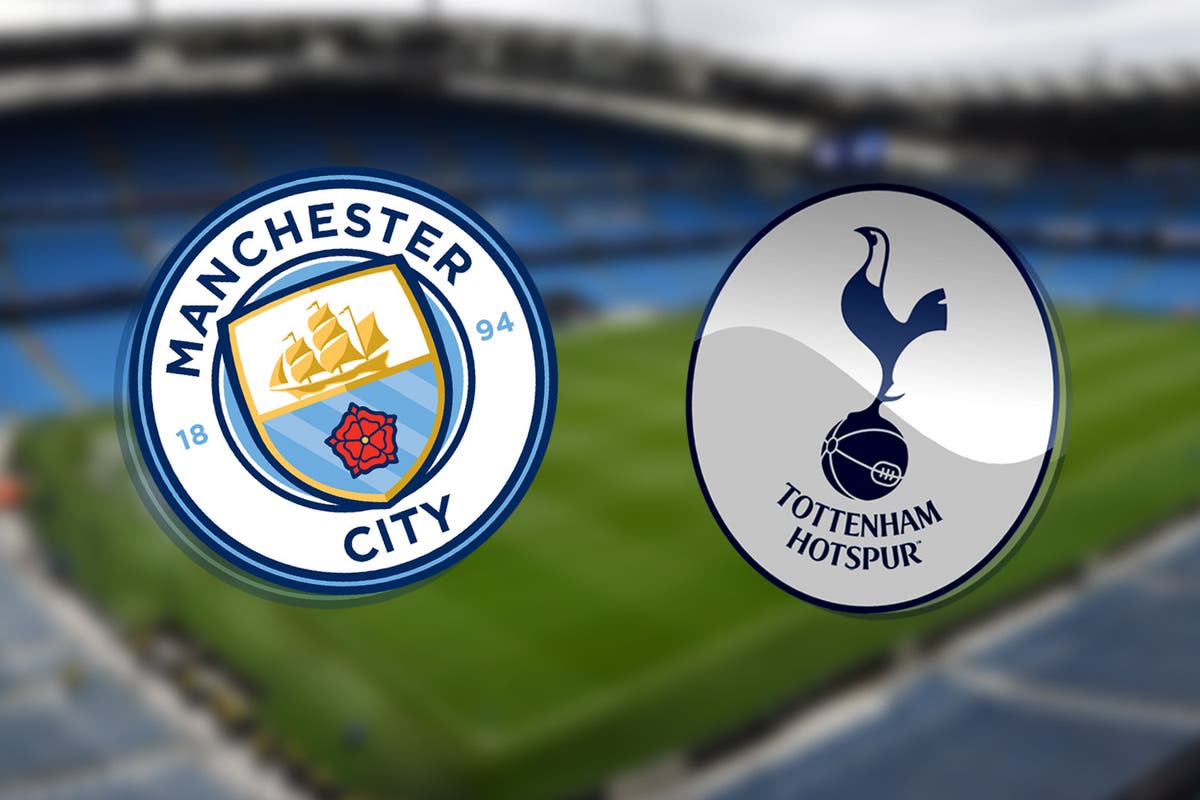 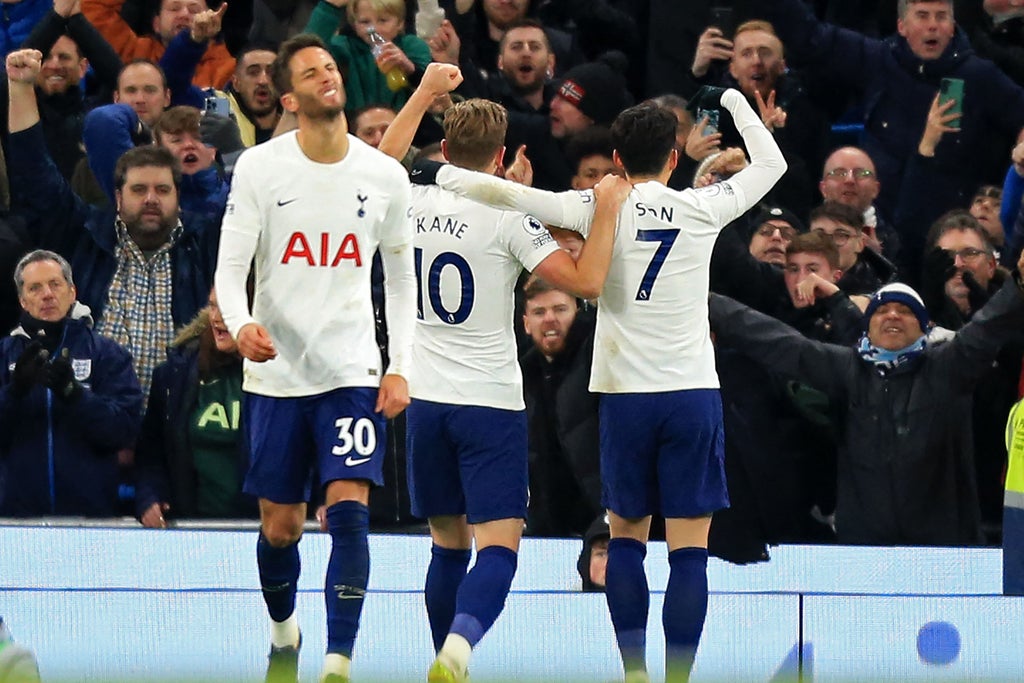 Ruled out for offside in the build-up. It’s only 2-1, and that will give City a boost.

Tottenham are well on their way to ending City’s long unbeaten run.

Kulusevski drives at the City defence, cuts inside and his deflected strike finds Kane in the box. He controls it, manages to find some space and fires a shot into the near post.

71 mins: Sessegnon with an unnecessary foul, chance for City from the free-kick. Mahrez and De Bruyne standing over it.

It’s De Bruyne to take, over every City shirt but Romero was taking no chances and he flicks it away.

68 mins: Sterling off for City, Mahrez on to replace him.

Foden has moved central now, with Silva on the left and Mahrez on the right. City continues to have pretty much all of the ball.

It’s all happening now. Gundogan with a curling effort that looks destined for the far corner, but Lloris leaps across and tips it behind.

Brilliant save, makes up for his error in the first goal.

Kane should have made it 3-1! Son with a glorious pass through to Kane, he’s through in the box but Ederson flies off his line to smother the effort.

What a big, big moment.

Kane could not deserve that goal more for his performance this evening. He’s not seen a huge amount of the ball but so many of his involvements have been brilliant.

63 mins: Silva makes the run in behind, gets played through by Cancelo but from a tight angle sends an effort into the side netting.

Spurs need to keep offering a threat on the break, can’t just sit back.

SPURS HAVE THE LEAD!

If anyone deserves a goal, it’s Kane. He’s been sensational all game. Son curls a delightful ball into the box, Kane makes the perfect run and he cushions it into the top corner.

58 mins: Kulusevski very nearly away for Spurs, just too much pace on the ball this time from Spurs. May well have been offside anyway.

Sterling looks to float a ball to the back post, but Silva is muscled away as he tried to backpeddle to get on the end of it. Out for a goal kick.