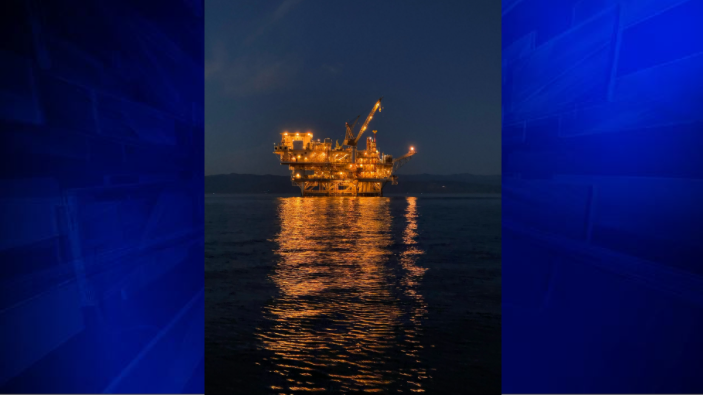 Scott Thompson, a commercial fisherman, took his boat out on the Santa Barbara Channel around 5 pm on January 26. Five hours of swimming later, he wound up on an oil platform with no boat.

Thompson wasn’t fishing that day, but rather clearing his mind after recently losing a close friend.

On his way back, he stood up on the side of the boat, but rough waters took hold of the vessel. Thompson lost his balance and fell. That left him stranded in the water and watching his boat drift away. He attempted to swim and catch up to it but was unsuccessful.

“I thought to myself, great, this is how I’m going to die,” Thompson, who was just wearing shorts and a t-shirt in the freezing waters, told CNN affiliate KABC. So he began swimming in hopes of finding safety.

Along the way, Thompson was met with a seal, who seemed like a sense of hope at the time. “The seal would go under water, and he came up and nudged me,” Thompson told KABC. “Did it know, like hey, this human is in trouble; hey, keep going dude?”

TowBoatUS Captain Carson Shevitz told CNN Saturday this is one of several platforms off the coast and is lit up during the night.

“Fortunately, he made it,” Shevitz said, “We’ve had several other instances where people just don’t, and we never find them.”

“I FINALLY made it to one of the pylons and just clung to it for dear life,” Thompson said on TowBoatUS’s Instagram.

The platform’s crew helped him up and called the US Coast Guard, Shevitz said. He was then taken to shore and transported to the nearest hospital, where he was treated for hypothermia, according to KABC.

The next day, Thompson joined the TowBoatUS Ventura crew to recover his boat. The vessel’s tracking device led them to its exact location: stuck on a rocky beach.

“We got to it in time to get it back to him in mostly one piece,” Shevitz said. “It’ll be ready for him to get back on the water shortly.”

Shevitz can’t believe how lucky Thompson was to survive, given the magnitude of the situation. “It’s pretty incredible that he was able to hang in there,” he said.

In the Instagram comment, Thompson shared his appreciation and thanks to the crew members who helped him. “Hopefully my story teaches someone a lesson and no one ever has to go through what I did,” he said.

Join our Newsletter for the latest news right to your inbox