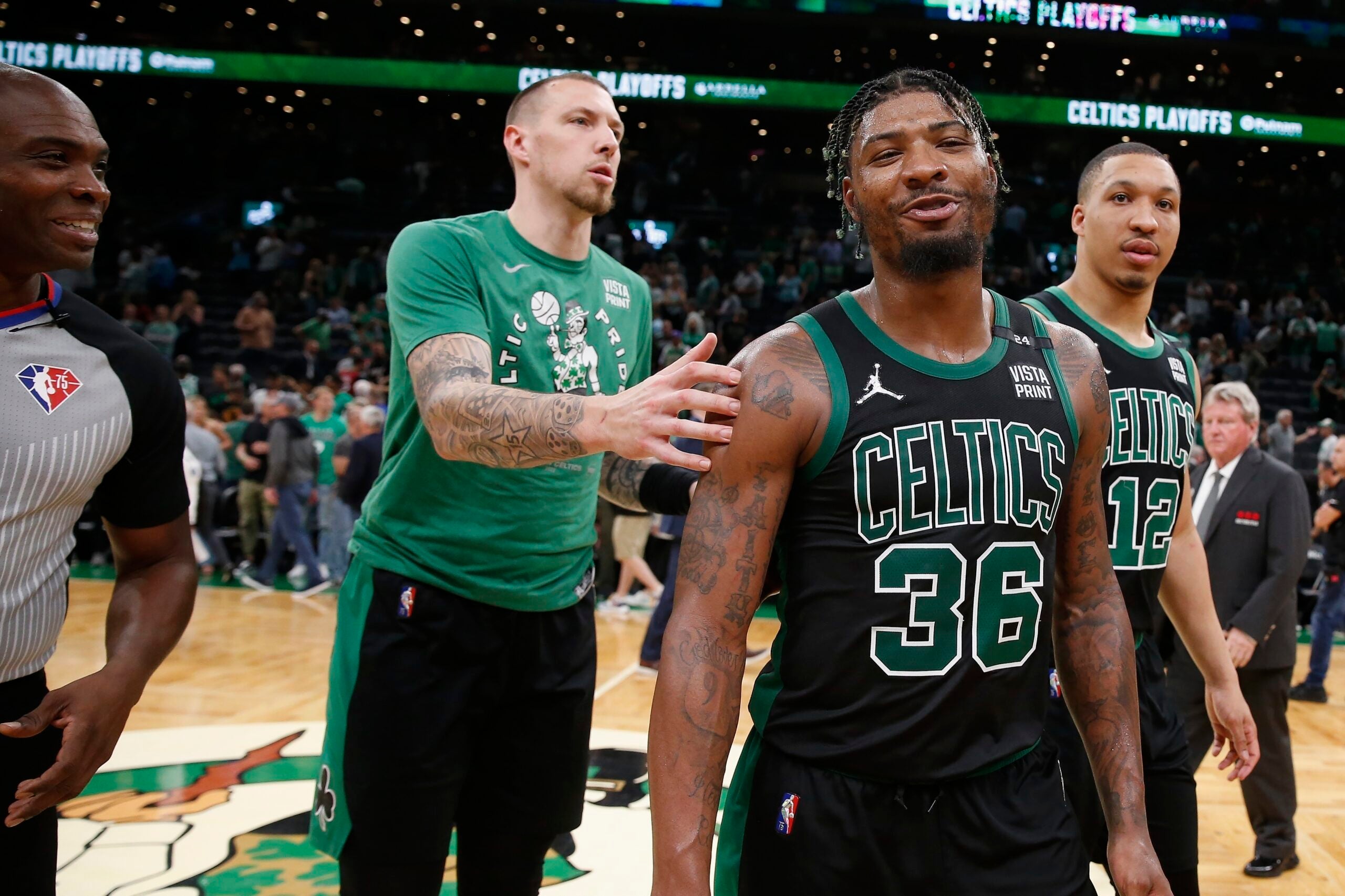 The Celtics will have Marcus Smart and Robert Williams available against the Heat in Game 7, but the Heat will also have reinforcements — Tyler Herro will return after missing three games with a groin injury.

Smart and Williams have played the last two games and will end the series on the floor for a stoned Celtics team. Both will start.

Celtics coach Ime Udoka was asked about Williams, who started the last two games but was then on the bench to start the second half of each game.

“He warms up well before games to get ready, and sometimes during half-time he wants to loosen up a bit,” Udoka said. “Strictly physical. Nothing from a game plan perspective. We’re comfortable with either one and if he needs a little more time, we give it to him.

Herro was supposed to miss 2-4 weeks with his injury, but he has made major improvements in recent days, according to the team.

“He’s been working really diligently the last few days,” Heat coach Erik Spoelstra said. “Every day he made significant progress, and he was able to shoot this morning, but more importantly he was able to do things in the training room and pass these tests to be available.

Game 7 ends at 8:30 p.m. Just hours to find out if any more Celtics games will be completed this season.