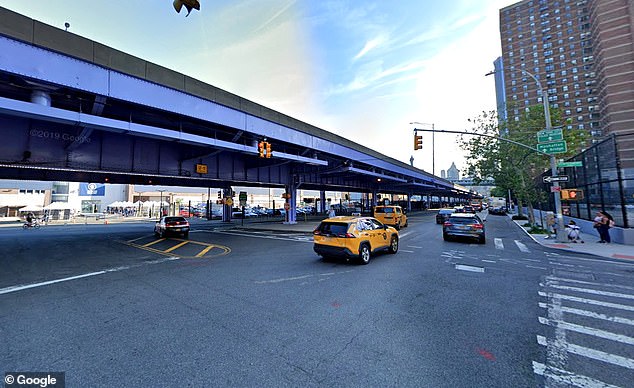 A US Navy sailor was punched in the face in an early morning attack in New York during the first fleet week since the Covid-19 pandemic began in 2020.

Fleet Week, a celebration of members of the U.S. Navy, Marines and Coast Guard, began May 25 and will continue through May 31 in the city. During the week, service members enjoy shore leave in New York.

An NYPD spokesperson told DailyMail.com that a 24-year-old sailor was struck in the face after becoming involved in an argument with another man around 2:15 a.m. on May 29.

The victim also had his head propped against the sidewalk, the New York Post reported.

The incident happened here at the intersection of Montgomery Street and South Street in New York’s Lower East Side neighborhood.

The sailor refused to receive medical treatment at the scene and returned to his ship. The Post’s report says the victim is from New Mexico.

The spokesman said there were no arrests and the investigation was continuing.

Baker said there is no Navy investigation at this time. Baker said she wasn’t sure if the sailor needed medical attention when he returned to his ship, but she’s confident he was medically assessed.

The New York Post reported that the assailant in the incident was a US Marine.

The NYPD has not commented on this allegation.

All US Marines aboard the USS Bataan were accounted for at their curfew, which was before this incident occurred.

The USS Bataan is the only ship in New York this week carrying Marines.

Baker said incidents like this are rare during Fleet Week and the Navy works closely with the NYPD to make sure everyone has a safe time. 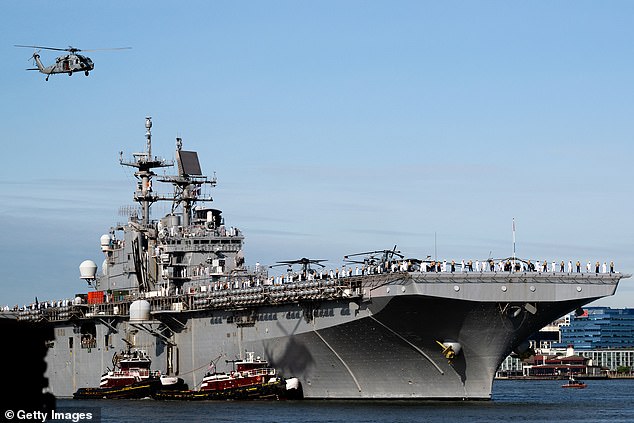 The USS Bataan is based in Norfolk, Va., and is the only ship in New York this week carrying Marines 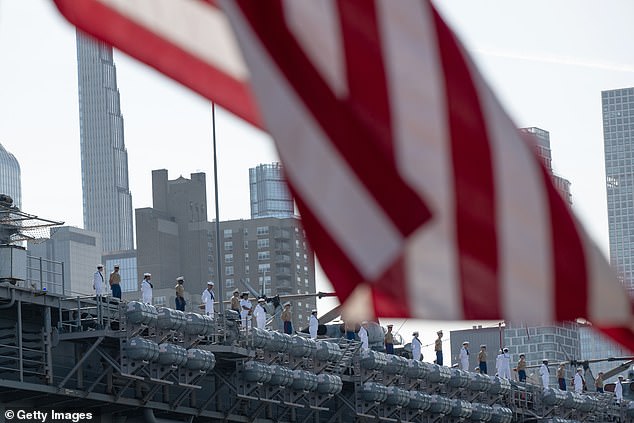 A source told the Post that alcohol may have been a factor in the incident.

The ship is based in Norfolk, Virginia. The motto of the crew is: “Courage. Commitment. Honor.’

According to the Navy, some 3,000 members of the United States Navy, Coast Guard and Marines flocked to New York to celebrate Fleet Week for the first time since 2019.

Speaking to CBS News about returning from Fleet Week, Marine Corps Sgt. Trever Archer said: “I think it’s a great experience. It’s a good opportunity for Marines and sailors to get out and have fun, but also to leave an impression on the audience and to be able to interact and talk to people.

Before that, the event was last canceled in 2013 due to federal budget cuts. 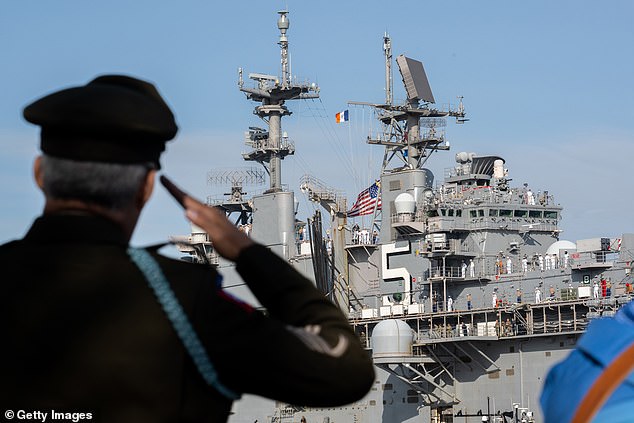 According to the Navy, some 3,000 members of the US Navy, Coast Guard and Marines flocked to New York to celebrate Fleet Week for the first time since 2019 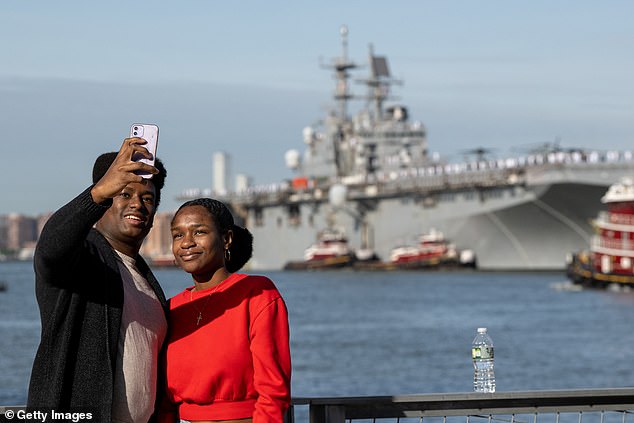 People take a selfie with the USS Bataan arriving for Fleet Week 2022 seen from the Intrepid Museum on May 25, 2022 in New York City

Fleet Week festivities kicked off Thursday with a parade of ships along the Hudson River.

Among the events organized in New York, 200 soldiers were treated to a free screening of “Top Gun: Maverick”.