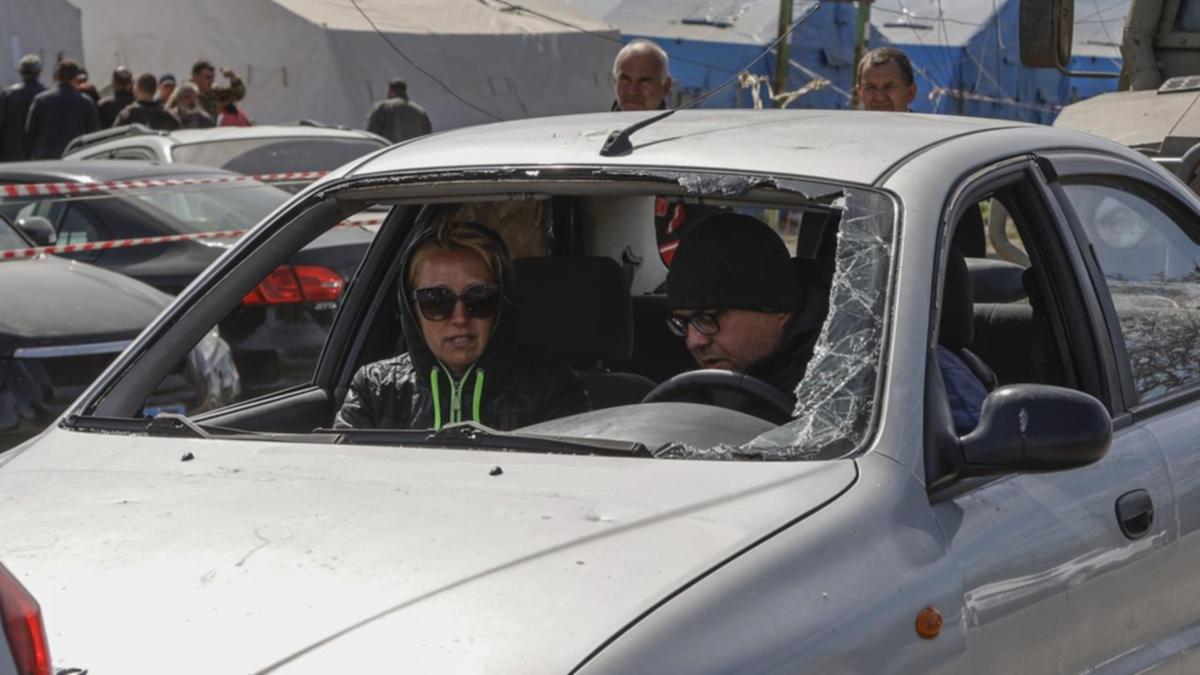 A large convoy of cars and vans carrying refugees from the ruins of Mariupol arrived in the Ukrainian-held city of Zaporizhzhia after waiting days for Russian troops to allow them to leave.

Mariupol, now mostly under Russian control, was razed to the ground during the 80 Day War. Ukraine has been gradually evacuating civilians from the devastated city for more than two months.

The refugees first had to leave Mariupol, then somehow get to Berdyansk – some 80 km further west along the coast – and other settlements before the 200 km drive northwest to Zaporizhzhia.

Nikolai Pavlov, a 74-year-old pensioner, said he lived in a basement for a month after his flat was destroyed. A relative using “secret detours” managed to get him out of Mariupol to Berdyansk.

“We barely made it, there were a lot of old people among us…the trip was devastating. But it was worth it,” he said.

An aide to the mayor of Mariupol had earlier said the convoy had between 500 and 1,000 cars, representing the biggest evacuation of the city since the February 24 Russian invasion.

Iryna Petrenko, 63, said she initially stayed to care for her 92-year-old mother, who later died.

“We buried her next to her house because there was nowhere to bury anyone,” she said. For some time, Russian authorities had not allowed large numbers of cars to leave, she said.

Only the port city’s vast Azovstal steelworks is still in the hands of Ukrainian fighters after a long battle.

“My parents’ house was hit by an airstrike, all the windows were blown out,” said 27-year-old Yulia Panteleeva, who along with other family members was missing.

“I can’t help but imagine things that could happen to us if we stayed home,” she said.