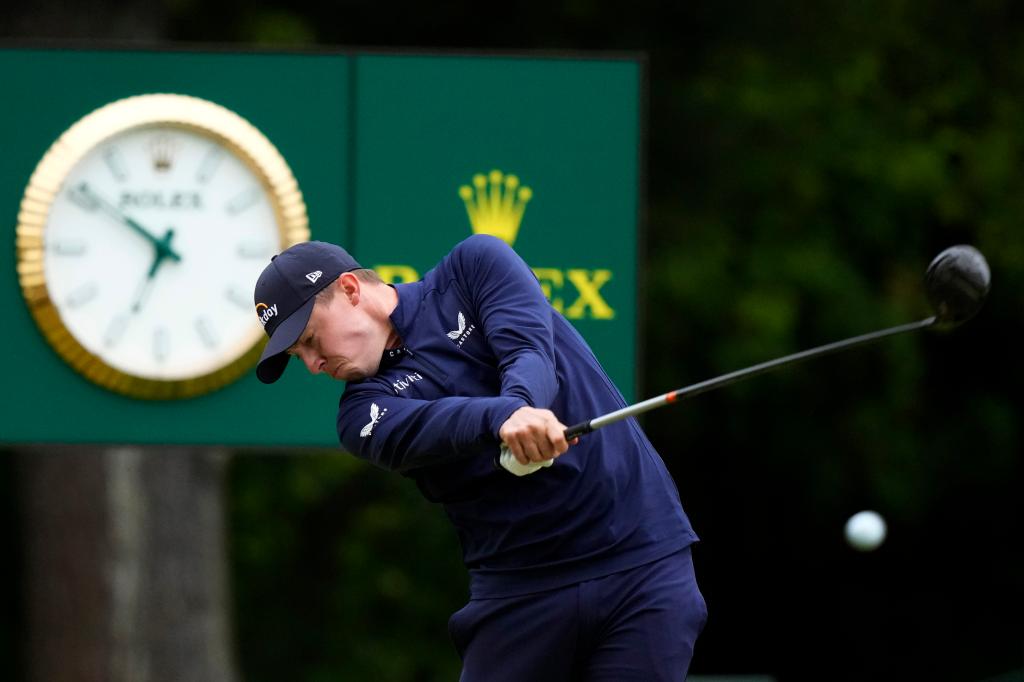 Matthew Fitzpatrick had just witnessed Bryson DeChambeau bullying a bully in the fall of 2020, and his emotional reaction was both frustration and intrigue.

DeChambeau had just punched the mighty Winged Foot in the mouth en route to winning the 2020 US Open, playing the brutal layout of the West Course with its length and roughness as if waltzing around a 5,500-yard executive course.

“It’s not a skill to hit the ball a long distance, in my opinion,” Fitzpatrick said at the time, referring to DeChambeau’s deconstruction of golf courses like Winged Foot. “He just takes the talent out of it, in my opinion. It’s just silly. It kinda mocks the game.”

Fitzpatrick’s intention was not to diminish DeChambeau’s accomplishments or the work he has done to build muscle and increase his swing and ball speed. Fitzpatrick’s words came more out of frustration, as he had never been one of the longest hitters in the game and there was a fear of the game on big golf courses like Winged Foot not giving him a chance. to fight fairly.

“I could gain 40 pounds,” Fitzpatrick said. “I could go see a biomechanic and gain 40 meters. I could put another 2 inches on my driver. I could win that, but the skill in my opinion is hitting the ball straight. It’s skill. I’m biased because I’m not quite the longest.

Instead of complaining, whining, and taking an unhappy approach about big bombers, Fitzpatrick did something about it. Although his 5-foot-10, 155-pound frame belies it, Fitzpatrick went ahead and became one.

His newfound strength and length were evident all around the Country Club last week as he won his own US Open after Sunday’s final round in Brookline, Mass., where he averaged 300 yards from the tee, which ranked 36th in the field, and hit 79% of the fairways, which ranked second.

By comparison, DeChambeau led the field in driving distance at 322 yards, but hit just 41% of the fairways, ranking 61st in the field. It’s no coincidence that DeChambeau, at 13 over par, finished 19 shots adrift of Fitzpatrick.

“I don’t know if you noticed, but I feel like he’s made extreme improvements off the tee in a few months,” Scottie Scheffler said Sunday after finishing a shot behind Fitzpatrick. “I played with him in Austin this year and he wasn’t going as far as he does now. I don’t know what he’s doing. Maybe he’s on the Bryson program or something. like that.”

When Scheffler’s comments were passed on to Fitzpatrick, the 27-year-old Englishman joked: “I just had a drug test and it came back negative.”

Fitzpatrick, who was the 20th-ranked player in the world in 2020, ranked 127th on the PGA Tour in driving distance in the 2020-21 season. He is currently ranked 63rd in driving distance. And, after Sunday’s victory, his world ranking rose to 10th place.

After Fitzpatrick’s comments about DeChambeau and his physical transformation, he went to see Dr. Sasho McKenzie, a biomechanics expert from Nova Scotia who pioneered something called the Stack System to gain more power through swing speed. and higher ball speed.

“I’ll be honest, it worked wonders,” Fitzpatrick said. “Maybe three years ago, if I was in this position and playing with Will [Zalatoris] in the last group, I would be afraid to be 15 or 20 years old [yards] behind him all day. I felt comfortable knowing I was going to pass him, which obviously gave me confidence for the next shot. When you hit in front of people, it’s obviously very pleasant.

Fitzpatrick last week at Brookline hit the par-5 eighth hole in two and birdied all four days. He too was able to drive the short 300-yard par-4 fifth hole and he birdied that hole all four days.

His newfound length, coupled with the confidence that came with capturing his first career major championship, has become intoxicating for Fitzpatrick, who now has a more realistic dream of equaling compatriot Nick Faldo for the most important championships won by a European at six years old.

St. Andrews for the British Open is next in a few weeks.

“I love playing at St Andrews,” said Fitzpatrick. “It’s a great golf course. It’s going to be interesting, obviously, with the length and all. Now [that] I’m a suicide bomber, I’ll probably drive most greens.