NASA has released video of thick, swirling clouds that formed high above March and were captured by the Curiosity rover.

The videos were taken in December 2021 as the device took a break from collecting rock and soil samples from the surface of the red planet.

Martian clouds are relatively rare due to the planet’s thin atmosphere, and these have a distinct chemical composition.

“These clouds are very high, nearly 80 kilometers above the surface,” NASA wrote in a blog post.

“It’s extremely cold at that height, which suggests these clouds are composed of carbon dioxide ice as opposed to water ice clouds, which are typically found at lower altitude.”

The space agency explained special imaging techniques were needed to see the clouds, as they’re faint in the atmosphere.

“Multiple images are taken to be able to get a clear, static background.

“These images show the clouds as they were seen drifting directly above Curiosity.

Curiosity’s mission is to determine whether the Red Planet ever was habitable to microbial life. 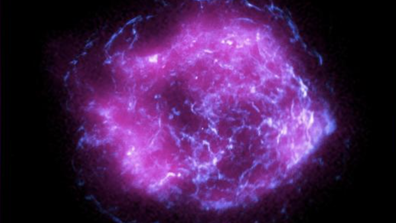 Remnants of an Exploding Star