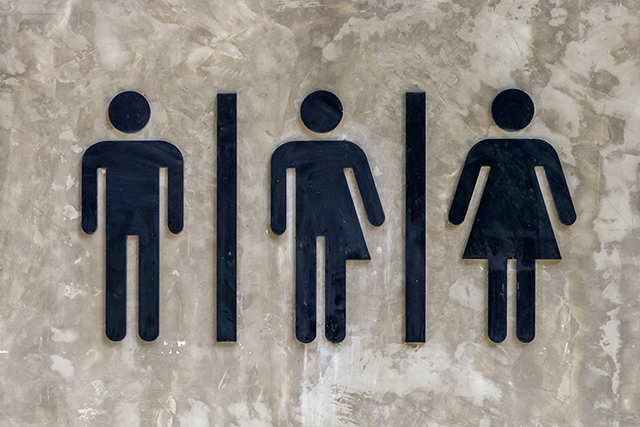 Minneapolis City Council President Andrea Jenkins relayed a story about her friend’s child during a recent meeting. The story came after the council’s Policy and Government Oversight (POGO) committee members received a report from city staff about a move that would increase gender-neutral bathrooms in the city.

“Last year, my friend’s (gender noncomforming) student was in class and literally holding their pee because they did not feel comfortable going to a gendered bathroom,” said Jenkins. “That is a health challenge that a lot of young and trans and gender nonconforming people are facing all throughout our city. Everybody should have the right to have just normal bodily functions without harassment and/or discrimination.”

Tea policy report presented by city staff to the POGO committee in March aims to increase the number of gender-neutral bathrooms in the city by incentivizing more business and property owners to add the facilities.

All pre-existing buildings built before 2020 and not in need of renovations do not need to comply, which is the vast majority of Minneapolis buildings. “We are preempted from any additional legislation on buildings that the state building code doesn’t touch, such as those (already exempted),” said trans equity council project coordinator Track Trachtenberg.

So, the city cannot “require” all city-licensed buildings to have a gender-neutral restroom, but it hopes to incentivize business owners by featuring their business in the city’s communication campaign encouraging pre-2020 buildings to consider a gender-neutral bathroom. Other encouragement includes mailings and newsletters, said Enrique Velazquez, who manages the city’s licenses and consumer services.

“We want to take advantage of every available opportunity to reach community members wherever they are,” said Velazquez.

For policy compliance, the Minneapolis Health Department will incorporate a gender-neutral bathroom follow-up as a checklist item in the annual inspection process before renewing licenses for food service businesses, said Velazquez. And business license staff will follow up on complaints received through 311.

Businesses and property owners can request a gender-neutral restroom sign from the city.

Velazquez said the city hopes to pay for signs and bathroom construction projects with federal money from the second phase of American Rescue Plan Act funds, which has money specifically for gender-neutral bathrooms in public spaces. The city has made a request for the federal funds, said Velazquez. If that falls through, the city will have to look for other means to fund the policy.

The city has made a recent effort to add more gender-neutral options.

Back in 2014, the Minneapolis City Council passed a resolution encouraging more gender-neutral bathrooms. In 2017, in a move initiated by then-Mayor Betsy Hodges, the city announced the installation of a gender-neutral restroom in all city-owned buildings.

MinnPost’s in-depth, independent news is free for all to access — no paywall or subscriptions. Will you help us keep it this way by supporting our nonprofit newsroom with a tax-deductible donation today?